10 Musicians Not To Miss At This Year's Newport Jazz Festival 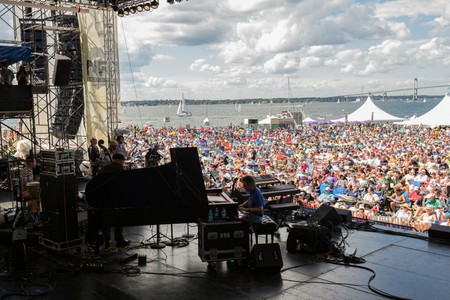 The Newport Jazz Festival celebrates its astounding 60th anniversary this summer, promising three full days of exceptional live musical performances across multiple stages at Fort Adams Park in Newport, Rhode Island. From July 29th through the 31st, under the directorship of legendary founder and producer George Wein, attendees will enjoy a diverse score of talent from around the world. Out of an enormous lineup of accomplished artists, we profile 10 unmissable performances at this year’s festival.

A multi-instrumental talent, Kamasi Washington didn’t start playing the saxophone until the age of 13. Within several years of enrollment in the prestigious Hamilton High School Academy, Washington became the lead tenor saxophone chair in the top jazz ensemble. Openly seeking and exploring non-traditional and under-exposed world jazz sources, Washington takes a stand with this renewed attention. His recording associations also include household names in jazz, from Freddie Hubbard to Mcoy Tyner, Kenny Burrell, Quincy Jones, and Stanley Clarke, most recently receiving wide acclaim for his innovative debut of The Epic (2015). 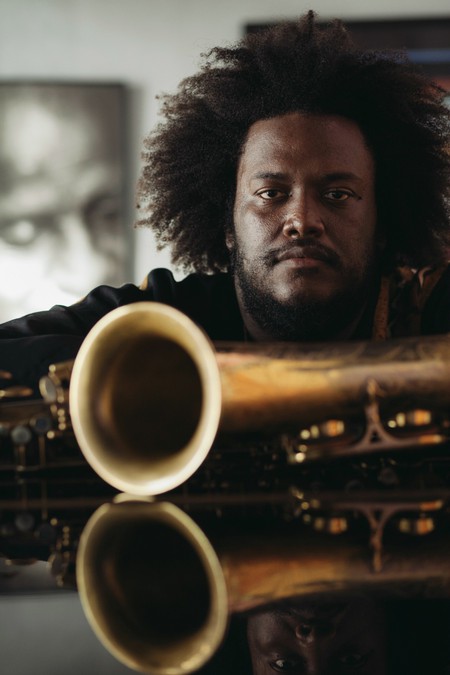 With a gifted soulful voice that is at once both powerful and subtle, Gregory Porter moves effortlessly with the range of his jazz compositions. His intimate songs match with a deep and rich baritone that can be soft both low and high. Liquid Spirit, released in 2013, earned Porter a Grammy for Best Jazz Vocal Album, offering a ‘heart on his sleeve’ lyricism and personal re-interpretations of several jazz standards. With Take Me to the Alley (2016), JazzTimes wraps-up the verdict, ‘We haven’t had a male singer like him in a long time.’ 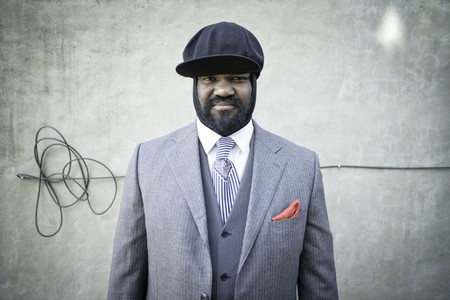 Starting back with her first release Come Away with Me (2002) and moving forward to 50 million album sales later, Norah Jones gifted moody and soul-stirring voice has followed a nine-time Grammy Award-winning career, that has included collaborations with such diverse artists as Willie Nelson, Herbie Hancock, and the Foo Fighters with Dave Grohl. George Wein, founder and producer of the Newport Jazz Festival, testifies, ‘Norah Jones is one of America’s great singers of songs.’ Her most current 2013 release, Foreverly, pays homage to the Everly Brothers – rock’s first folky-roots, and again (with accompaniment by Billie Joe Armstrong) it shows off versatility with style. 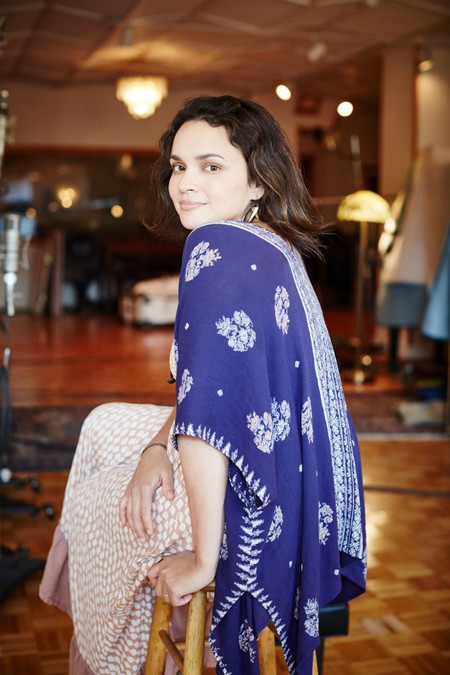 Where to begin with Chick Corea? A seminal influence and composer of contemporary jazz, a masterful pianist, and a career spanning decades, contributing to and expanding upon the elements of jazz and jazz-fusion, playing with and forming ensembles of top musicians including Stan Getz, Miles Davis, John McLaughlin, and Stanley Clarke, Corea is featured at the 2016 Newport Jazz Festival for two performances. He’ll be accompanied by Julliard-trained bassist extraordinaire Christian McBride and virtuoso jazz drummer Brian Blade – a powerhouse trio that will send sparks. 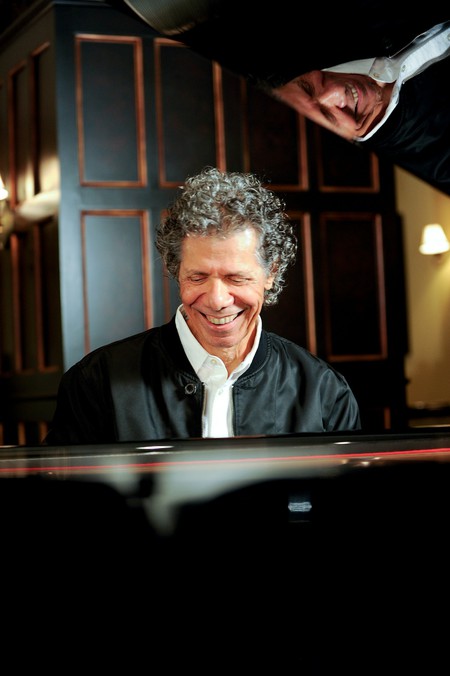 With an R&B and gospel hymn foundation beginning with her father’s influence as the pianist and musical director of their local church to the expansion of range from soulfulness to blues and jazz, Lizz Wright has been earning attention and awards since high school choir competitions. She released Freedom & Surrender in 2015 – a compilation of original material and covers that perfectly carry her sultry and emotional voice through a range of music genres.

Last year at Newport, this then-11 year-old pianist and prodigy stole part of the show, easily one of the youngest performers to ever take the stage at the Newport Jazz Festival. In 2014, Wynton Marsalis invited him to perform at Jazz at Lincoln Center to wide acclaim. In 2015, Alexander released his debut album, My Favorite Things, which earned Grammy nominations. This year, Alexander will return to Newport with the Joey Alexander Trio.

Inheriting the mantel next year as Artistic Director of the Newport Jazz Festival as George Wein, the legendary founder and producer of the festival, steps down at the age of 90, Christian McBride will alternate roles on the stage and off. He is a remarkable Juilliard-trained classical music student turned jazz bandleader, influential educator and media host – this year at Newport he will be performing two shows with seminal jazz composer and pianist Chick Corea and jazz drummer virtuoso Brian Blade in the recently formed ‘Trilogy’. A sensational demonstration of superb jazz chemistry on this stage is a certainty. 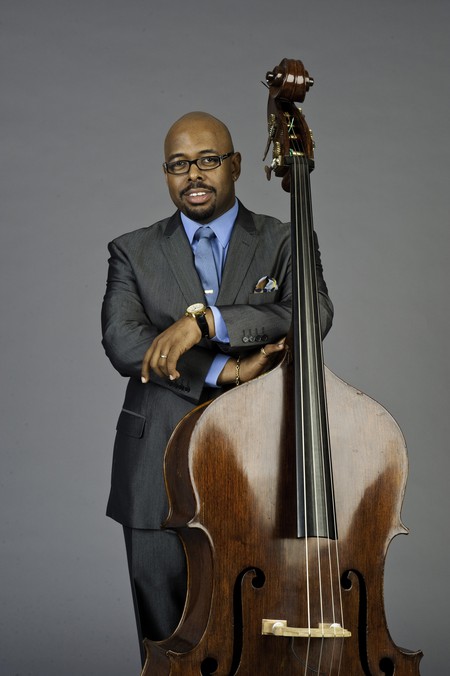 Los Angeles-based jazz singer and seven-time Grammy nominee Tierney Sutton has taken on a labor of love, putting some of Joni Mitchell’s songbook to jazz interpretation. Performing this year at Newport, Sutton’s After Blue: The Joni Mitchell Project takes a pared-down minimalist approach (accompanied by cellist Mark Sumner and guitarist Serge Merlaud), which offers intricate and subtle treatments of the unique signature range of Mitchell’s voice.

Included with Pat Metheny and Bill Frisell as part of the ‘Big Three’ in contemporary jazz guitar, John Scofield’s influence continues to set a high-bar for innovation and dexterity as a master of his instrument. His distinctive tonal style and complicated fretboard conversation are immediately recognizable. An ‘A’ list of recordings includes Gerry Mulligan, Chet Baker, Charles Mingus, and seminal jazz-fusion contemporaries from the 1970s to current song re-interpretation projects. His current release Past Present (2015) features a reunion and collaboration with Joe Lovano, an influential-force and ‘giant’ of the jazz saxophone. On stage together, they promise a dynamic interplay of musicianship. 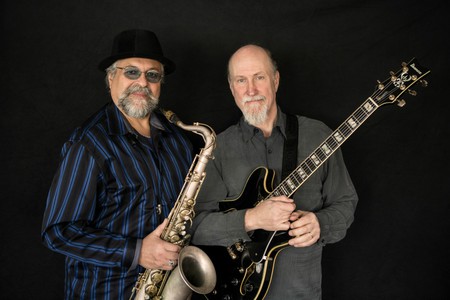 With a nod to his earliest influences (Jimi Hendrix, Jeff Beck, and Duane Allman), Nels Cline has evolved to become one of the best-known jazz improvisers and eclectic creators on guitar. Experimentation has not kept him from earning an exceptional musician’s reputation, as Rolling Stone listed Cline as one of the Top 100 Guitarists of All Time. Asked to join the edgy alternative rock band Wilco in 2004, Cline has been received by a much wider audience. At Newport this summer, Cline will feature a 17-piece ensemble, Nels Cline: Music for Lovers, premiering his upcoming new album in 2016.