The 10 Best Spots For Frozen Lemonade In Rhode Island 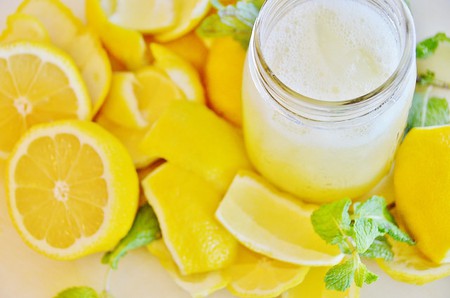 Its origins might be in Italy, but Rhode Island has definitely got the frozen lemonade market covered. It’s Little Rhody’s quintessential summertime drink, and wherever you go in the state, you’re bound to find a shop, truck or cart selling the refreshing treat. Here’s a round-up of the very best spots to try the state’s iconic beverage. 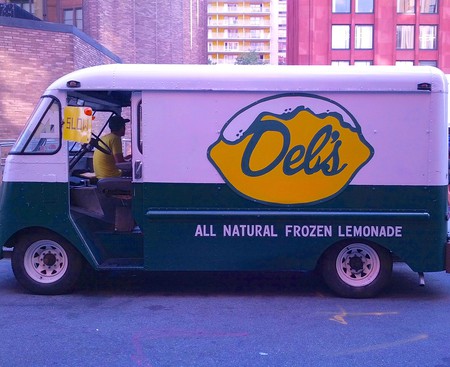 Del’s is undoubtedly Rhode Island’s most iconic vendor of the state’s favorite frozen treat. In fact, it was founder Angelo DeLucia’s grandfather that first introduced the drink to the state when he emigrated from Italy at the turn of the century – and since first opening in Cranston in 1948, the business has grown to several franchises dotted far and wide, from New York to California. There are seven flavors to choose from — watermelon, peach-mango, lemon-lime, cherry, grapefruit, blueberry and lemon. Whatever the flavor, it’s best enjoyed the Rhode Island way with a salty pretzel stick. 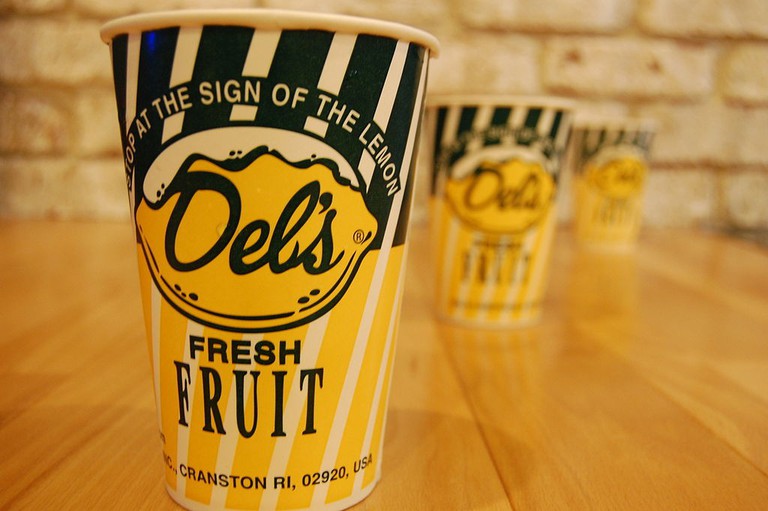 Cafe, Vegan, $$$
Facebook
Email
Twitter
Pinterest
Copy link
Share
Map View
As its name suggests, Crazy Burger is better known for its delicious burgers more than anything, and with fancy versions like the Luna-Sea (ground salmon and pistachio pesto baked in phyllo pastry) and the Baa-Baa burger (ground lamb with feta cheese), they certainly are a gourmet treat indeed. But don’t leave without washing down your burger with a beverage or two from its juice bar; there are smoothies, fresh juice, milkshakes and, of course, frozen lemonade. Made with freshly squeezed lemons, fruit purees and simple syrup, there are ten flavors to choose from, including lemon, strawberry, ginger and basil.
Open In Google Maps
144 Boon Street, Narragansett Pier, Narragansett, Rhode Island, 2882, USA
+14017831810
Visit Website
Visit Facebook page
Give us feedback

Opened in Providence in 1974, Mr. Lemon has been serving frozen lemonade treats from its iconic little shack for over 40 years, and with its massive range of flavors, it’s not hard to see why the business has lasted so long. Flavors change on a weekly basis, and on any given day, you’ll find familiar varieties like lemon, watermelon and peach alongside fancy concoctions like pineapple crush, tutti frutti and vanilla. Mr. Lemon’s is a seasonal operation, however, so make sure to stop by between April and September to avoid disappointment. 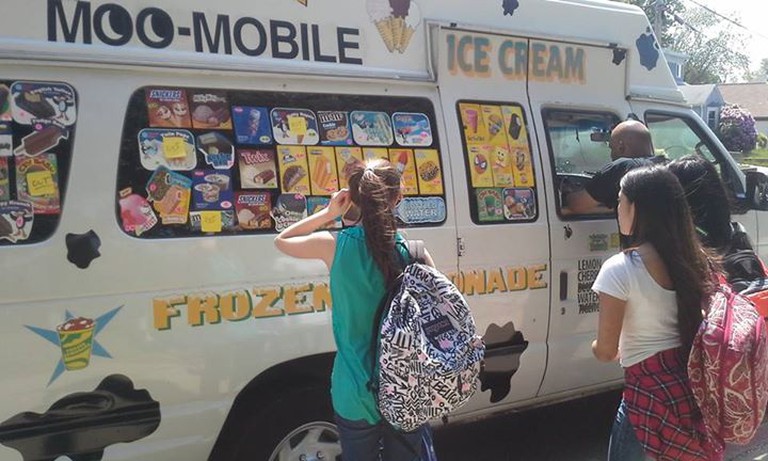 With MOO-Mobile Ice Cream & Frozen Lemonade Truck, the frozen treats come to you. Alongside its range of traditional frozen lemonades — choose from lemon, wild cherry, wacky watermelon, mango and bangin’ blue raspberry — it also serves all you’d expect from an ice cream parlor on wheels, from cones and sundaes to popsicles and root beer floats. You can catch the truck across Rhode Island at parks and festivals, but MOO-Mobile is also available for hire at private events like parties, weddings and fundraisers, and if you absolutely can’t wait for your frozen lemonade fix, you can take advantage of their house-call service.

Amazingly, Palagis has been serving its legendary ice creams in the Blackstone Valley region for 120 years. In that time, it has grown from a one-man horse-and-wagon operation to a fleet of 25 trucks that can be found in various neighborhoods across the state between April and September. In addition to its range of ice cream — think flavors like cookie dough, cotton candy, French vanilla and rum raisin — Palagis also serves a variety of frozen lemonades, including traditional lemon, mango, blue raspberry, watermelon and the must-try tiger’s blood, a mix of strawberry and banana.

It’s impossible to say how many times Jack’s Ice Cream Truck & Frozen Lemonade has made its way around Rhode Island in its 30-year history, but one thing is for sure — it serves some of the best-loved, and most inventive, frozen lemonade in the state. Over 12 flavors are offered from the fairly conventional (lemon, watermelon, and lime) to the creative (root beer, piña colada, cotton candy and green apple) alongside plenty more nostalgic treats like ice cream sandwiches and screwballs. Better yet, the truck is available for private hire to jazz up birthday parties, fundraisers and company events.

Cafe, American, $$$
Facebook
Email
Twitter
Pinterest
Copy link
Share
Map View
Since opening its doors a little over two years ago, Sage Café has been delighting local diners in Riverside with its range of delicious sweet and savory crepes, pastries and other baked goods. However, if you don’t want to wash down your food with its signature Coastal Roasters coffees, you’re in luck, because owner Jill Ingham introduced a new range of frozen lemonades in 2014. Available in lemon, mango, strawberry, raspberry and pomegranate, they were launched alongside a range of organic, vegan-friendly smoothies too.
Open In Google Maps
181 Willett Ave, Riverside, Rhode Island, 2915, USA
+14014327955
Give us feedback

It’s not strictly frozen, nor is it strictly lemonade, but Narragansett Beer’s collaboration with Del’s marked the coming together of two of Rhode Island’s most iconic companies. The pair first came together in 2014 to produce Narragansett Del’s Shandy, a mix of the brewery’s flagship lager and Del’s lemon concentrate. They came together again in summer of 2015 when they released Narrangansett Del’s Black Cherry Shandy, accompanied by a non-alcoholic black cherry-flavored frozen lemonade sold at Del’s stands throughout Rhode Island and southeastern Massachusetts. Here’s hoping they’ll produce another mash-up in the future.

Family-owned and operated since 1960, New England Frozen Lemonade is now in its third generation, but one thing hasn’t changed — its winning recipe. Available in lemon, watermelon and cherry flavor, New England Frozen Lemonade adds a touch of lemon zest to each cup for the perfect citrusy tang. Their Providence location is the oldest, but there’s a small stand in neighboring Warwick too, and you can catch them at many local summer hot spots and events, including Roger Williams Park Zoo and the Bristol 4th of July Celebration.