A Brief History of the Penn Relays 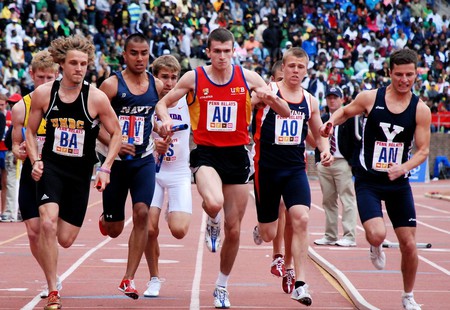 A collegiate relay race at the Penn Relays | © Flickr/Amanda Cegielski

Featuring some 15,000 participants from high schools, prep schools, colleges and track clubs, events take place over the course of the last week each April. Attendance typically tops 100,000 over the final three days, including 50,000-plus on Saturday.

How did it start?

The first Penn Relays was held in conjunction with the University of Pennsylvania’s Spring Handicap Track and Field Games in 1895 to christen the opening of Franklin Field. Two years prior, the University Track Committee was thinking of ways to make their meets more interesting and developed the relay event, where four men would run a quarter-mile in succession. A team from Princeton University was invited to compete against UPenn’s and the two met in 1893 and again a year later. The event garnered enough interest that the committee decided to sponsor a relay meet in order to help increase interest in UPenn track and field.

The first Penn Relays consisted of nine 4×400 relay events: four for high schools and prep schools, four for colleges, and one college championship.

By the time 1898 came around, more events were added to the relays, including the 100-yard and 220-yard sprint, 120-yard hurdles, high jump, pole vault, long jump, shot put and hammer throw. 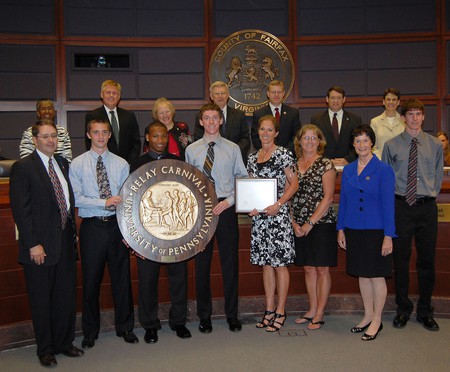 Why is it referred to as a carnival?

No, there aren’t elephants doing tricks or a ringmaster along the track as runners sprint by. When the Relays began, athletes stayed in tents set up alongside the stands, which gave the impression of a carnival-like atmosphere. The spirit was acknowledged when the event was officially called Relay Race Carnival in 1910, and remains as the event is also known as the Penn Relay Carnival today. The carnival-like atmosphere still exists inside Franklin Field and at the surrounding Carnival Village and nearby streets.

1898 — The University of Chicago became the first Midwestern school to attend the regional competition.

1914 — The Penn Relays went international for the first time when a team from the University of Oxford won the four-mile relay.

1967 — A synthetic track was installed so times and races weren’t affected by a worn-out track.