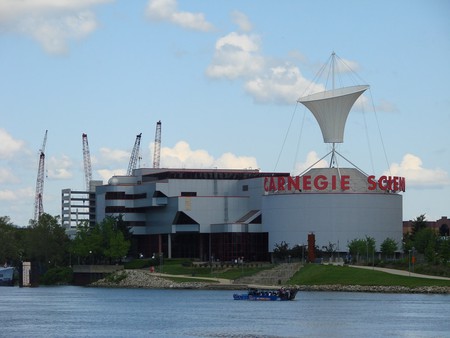 Any sci-fi lover can find something at the Carnegie Science Center’s Robot Hall of Fame, which honors robots and the creators who have shaped America’s cultural imagination. Every year, four robots are inducted, including Wall-E and Gort, the humanoid robot from The Day the Earth Stood Still, as well as the following robots listed below.

The Iron Giant is an American animated science-fiction film produced by Warner Bros and released in 1999. The critically acclaimed and nine-time Annie Award winner features the gentle metal giant who befriends a loyal 9-year-old boy after landing on Earth. When the government gets wind of his existence, they seek to destroy the Iron Giant. After the release of a television syndicate, the robot gained a cult following and can be considered as a modern classic animation. Sci-fi lovers will be overwhelmed by the sheer size of the robot as it towers over most of the other robots in the Hall of Fame. 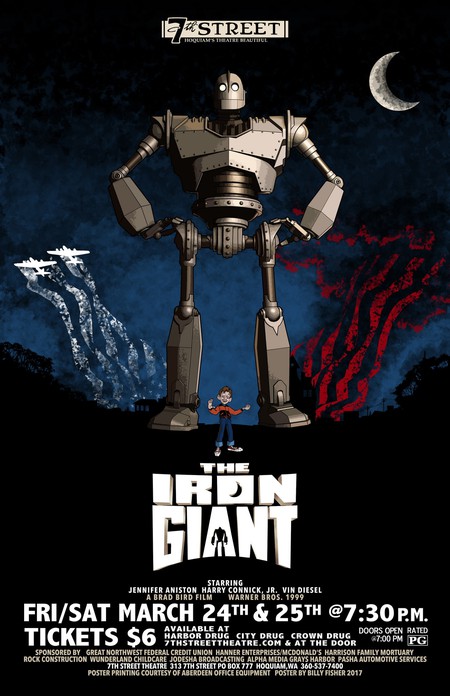 Get ready to meet one of the first robotic icons in science fiction: Maria, appearing in Metropolis, a silent black-and-white German film set in the year 2026 in a futuristic urban dystopia, according to the Carnegie Science Center. Although the robot doesn’t have a name, she was created as an attempt to make an evil mechanical duplicate of Maria, a beautiful heroine and union leader. Maria was one of the only female robotic images of early science fiction, and became a powerful representation, even though a quarter of the original film was lost. She persisted and is a must-see in the Hall of Fame.

One of the most memorable pop-culture images from the Cold War era is the robot Gort, from the 1951 movie classic, The Day the Earth Stood Still. Gort is the killer robot bodyguard of the mysterious spaceman Klaatu, who arrives on Earth for a mission of peace. He was created to embody the threat of the unknown, which was fitting for its time post-Holocaust when the world was in a state of despair. Gort was also meant to communicate the consequences of human conflict, particularly the use of robots in war and peace. 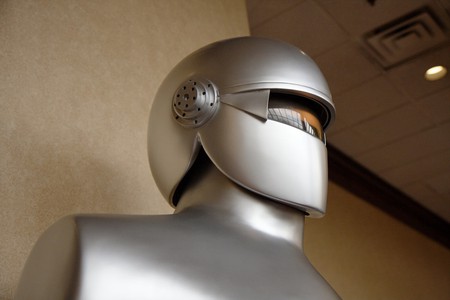 Robby the robot first appeared in the 1956 movie Forbidden Planet and cost $100,000 to design. Every part used to create Robby, built in the mid-1950s, was actually created in Metro-Goldwyn-Mayer’s (MGM) famous prop shop. The coolest thing is that there was a person inside controlling the robot, and five 12-volt motors powered the lights and gizmos. According to the Carnegie Science Center, “Robby is the film’s most memorable character and was responsible for the cult following the movie carried.” 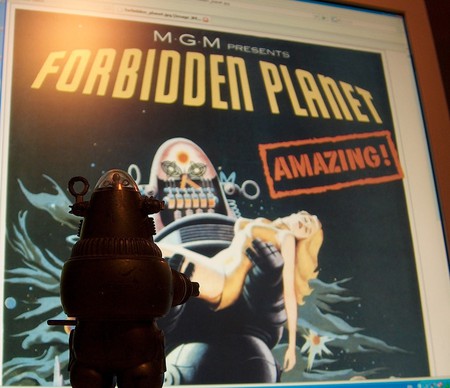 He could be considered the most iconic character from the 1960s TV series Lost in Space. The walking, talking robot, who famously yelled out “Danger, Will Robinson,” is a resident of the Hall of Fame. Designed by Robert Kinoshita, also the creator of Robby from Forbidden Planet, B-9 embodies human characteristics such as laughter, humor, mockery, and sadness. 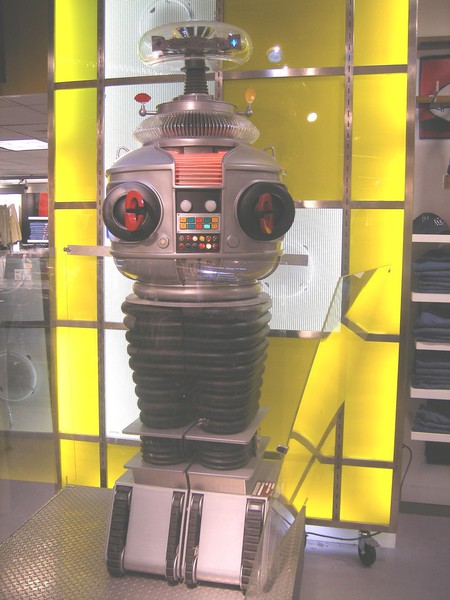 HAL, short for a heuristically programmed algorithmic computer, is an artificial intelligence aboard the spaceship Discovery 1 in the classic film 2001: A Space Odyssey. HAL is capable of many functions, including facial recognition, expressing emotions, speech, and even playing chess, as well as maintaining all the systems on the spaceship. This robot looks more like a vending machine than a figure, but it is a sight to see in the Hall of Fame, especially if you’re a fan of Stanley Kubrick’s and Arthur C. Clarke’s film. 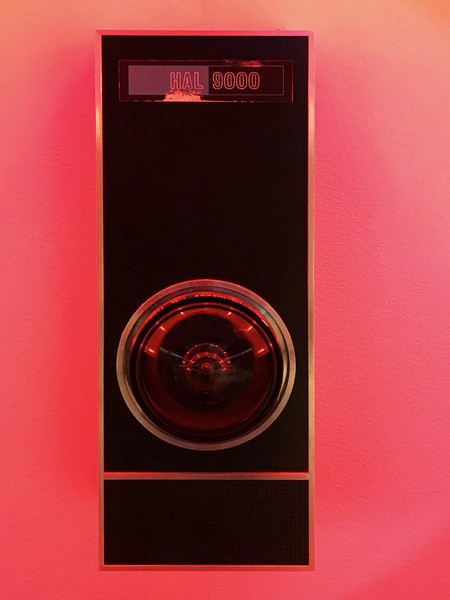 Even if you’re not a fan of Star Wars, there’s a good chance you have seen or at least heard of C-3PO, the droid in the films, which was designed to interact with organics and was built by Jedi Anakin Skywalker. This shiny gold robot and his sidekick R2-D2 are no doubt the most famous robot duo in cinematic history. C-3PO is known for his involvement in battles, and often his humor.