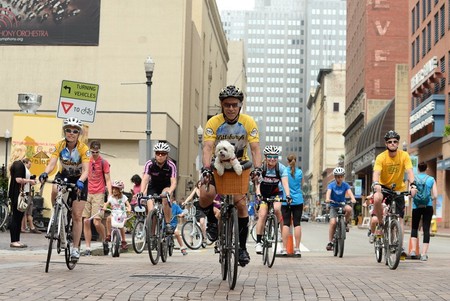 Pittsburgh is a bike-friendly city. It may seem like an intimidating adventure at first glance, what with the rivers, hills, and labyrinth of streets, but it really isn’t that challenging to traverse on two wheels if you know the terrain. From the downtown lanes and steel bridges to the wooded trails and paved paths, here’s the perfect cycling guide to get you started.

If you want an overview of Pittsburgh from the banks of the city’s three rivers (the Allegheny, the Monongahela, and the Ohio), a ride around the Three Rivers Heritage Trail is a must. This 24-mile (38.6-kilometer) stretch of paved pathway provides easy access to many of the Steel City’s neighborhoods, businesses, and attractions.

The trail is clean and safe, thanks to a network of dedicated volunteers who attend to it year-round. Look for signs along the way that highlight information about particular points of interest, historical happenings, and local wildlife. This path is a bike-and-hike trail, so you’ll need to share it with walkers, joggers, inline skaters, and the like.

One of the most popular parts of the Three Rivers Heritage Trail is the North Shore Trail, where you get a breathtaking view of the city from across the Allegheny River. In the summertime, you’ll see a variety of boats on the water—from speedboats, kayaks, and yachts to Gateway Clipper cruise ships and the occasional barge. You’ll also pass some of Pittsburgh’s iconic bridges and two of its top sports stadiums: PNC Park (Pittsburgh Pirates) and Heinz Field (Pittsburgh Steelers), not to mention the Carnegie Science Center and Rivers Casino. 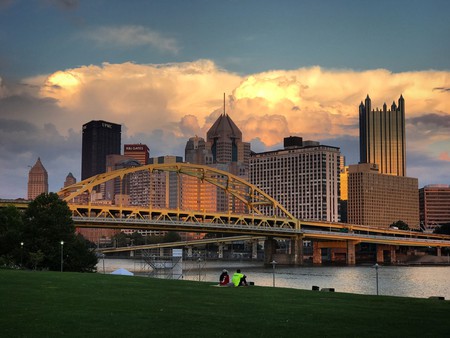 Another popular portion of the Three Rivers Heritage Trail is the South Side Riverfront Trail, which developed in the late 1990s. It starts at Station Square (9th Street) and runs along the Monongahela River in Pittsburgh’s South Side neighborhood, all the way through Southside Riverfront Park. If you keep going, you’ll eventually connect with the Great Allegheny Passage (continue reading below) beyond the Glenwood Bridge, en route to Homestead and beyond.

On the other side of the Monongahela River is the Eliza Furnace Trail, which runs from the Smithfield Street Bridge downtown to the Hot Metal Bridge. This five-mile (eight-kilometer) trek then provides access to the Panther Hollow segment—which connects to all of Oakland’s many attractions, such as the University of Pittsburgh—before ending in Schenley Park.

If you want to get away from the traffic of the popular Three Rivers Heritage Trail, check out Riverview Park, the self-proclaimed jewel of Pittsburgh’s North Side, located about four miles (6.4 kilometers) from the city. This relatively quiet municipal park is the fourth largest in Pittsburgh and features more than 250 acres of wooded trails and steep hills. That’s right, steep. If you’re looking for a workout, this is a great test.

The park includes the Allegheny Observatory, one of the world’s major astronomical research institutions. It’s part of the Physics and Astronomy Department at the University of Pittsburgh, so it’s not open to the public unless you want to take a tour between April and November.

Another park to escape from the noise of the city is Frick Park, the largest of Pittsburgh’s regional parks at almost 650 acres. It’s sandwiched between the Point Breeze, Squirrel Hill South, Swisshelm Park, and Regent Square neighborhoods east of the city.

Cyclists can ride trails through steep valleys and wooded slopes. Enjoy more than 100 species of birds, and if you want a break from pedaling, there are tennis courts, baseball fields, and the only public lawn-bowling green in Pennsylvania.

Also, look for the Frick Environmental Center, a “living laboratory” of sorts that serves as a gateway to the park.

If you spend any time around Pittsburgh, you’re bound to see signs for the Montour Trail. This 47-mile (75.6-kilometer), multi-use rail-trail runs from Coraopolis to Clairton. It’s paved, so it’s ideal for bicycling. There are a variety of tunnels and bridges along the way, and it connects Pittsburgh International Airport to the Great Allegheny Passage.

The Three Rivers Heritage Trail and the Montour Trail both provide a connection to the Great Allegheny Passage, a spectacularly scenic, 150-mile (241.4-kilometer) trail that can take you from Point State Park in downtown Pittsburgh to Cumberland, Maryland. The GAP features a series of cyclist-friendly trail towns, each with convenient access to trailheads, eateries, lodging, and bike shops.

Should you want to turn your Pittsburgh adventure into a multi-day road trip, the GAP joins the Chesapeake and Ohio Canal Towpath in Cumberland to take you all the way to Washington, D.C.

If you need a bike, or you just want to try pedaling around Pittsburgh before buying one, consider HealthyRide. There are 50 bike stations with approximately 500 bikes in and around the city. Simply register, rent, and return. The most convenient way to ride is to download the nextbike app on your smartphone, but you can also enter your phone number and pin on the bike’s keypad; use a station kiosk; or tap your membership card to ride. 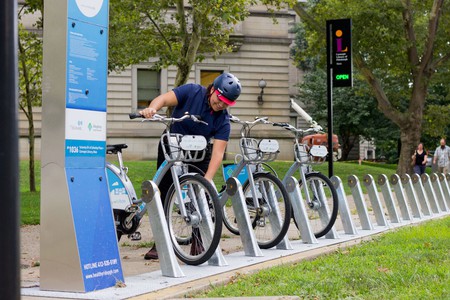 As long as you’re pedaling around Pittsburgh, head over to Bicycle Heaven, the world’s largest bicycle museum on the North Side. You’ll discover more than 4,000 bikes here, but it also serves as a bike shop for parts and repairs—even rentals, if you’re so inclined.