The Most Beautiful Buildings in Philadelphia 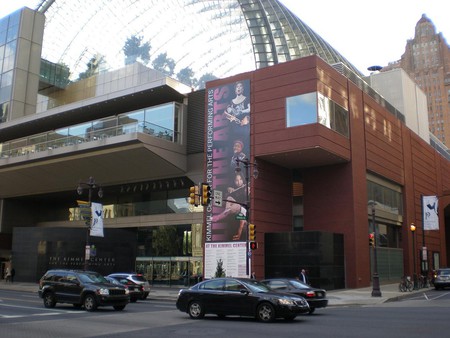 Whether you’re looking for a piece of history or simply an architectural marvel, Philadelphia has no shortage of beautiful buildings, each its own work of art. If you want to wander the streets and take a look for yourself, here are five of the city’s most gorgeous buildings.

With its famous steps, Louvre-inspired architecture, and prime spot right at the end of the Benjamin Franklin Parkway, the Philadelphia Museum of Art is one of the most well-known and well-loved buildings in Philadelphia. Be sure to spend part of your visit exploring its grounds, including all of the entrances and the gazebo, and look out over the Schuylkill River – this museum may house some of the world’s greatest works of art, but the building is its own work of art.
Open In Google Maps
2600 Benjamin Franklin Parkway, West Philadelphia, Philadelphia, Pennsylvania, 19130, USA
+12157638100
Visit Website
Give us feedback 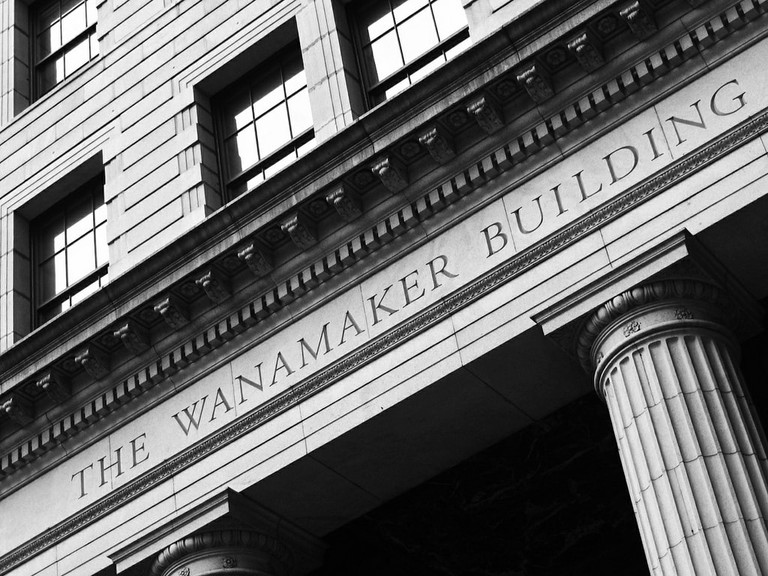 The Wanamaker Building was one of the country’s first department stores, and it still houses Macy’s today, after serving as home to several other smaller department stores (like Strawbridge’s). It’s one of the most gorgeous buildings in the city and now, as home to offices as well as Macy’s, it spans nearly an entire city block. If you visit in the winter, stop by for the Macy’s Light Show during the holiday season. 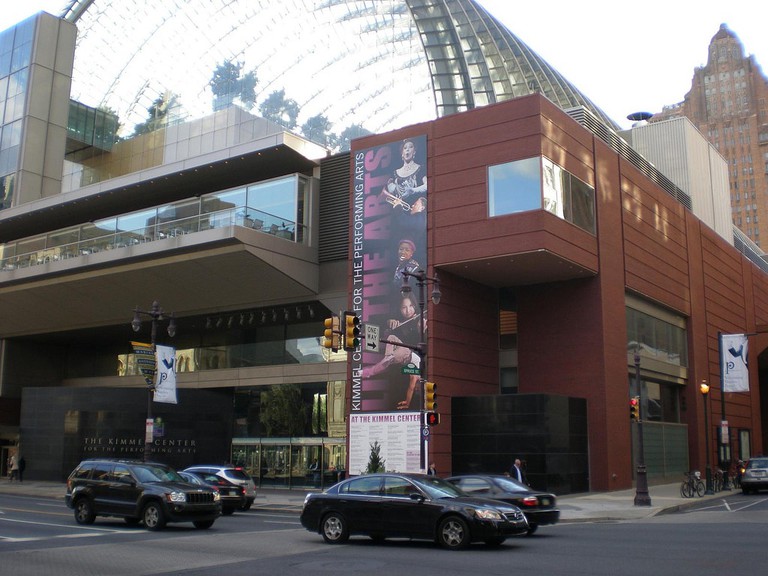 The Kimmel Center wears many hats – it’s a symphony hall, a performance space, home to one of the city’s best restaurants (Volver), and is a unique, incredible event space for everything from weddings to beer festivals. If you’re just visiting briefly, don’t miss the view of Broad Street from the balcony or the sun-lit atrium space on the top floor. 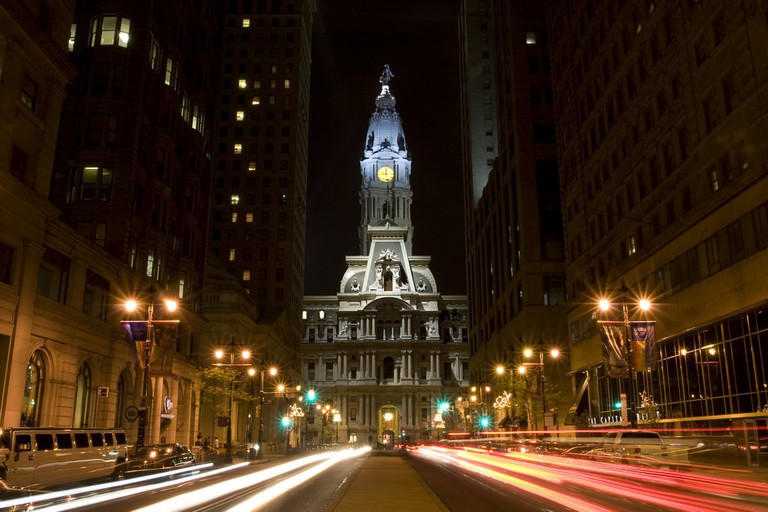 With William Penn standing atop this famous Philadelphia structure, Philadelphia’s City Hall is a stunning architectural marvel that stands on John F. Kennedy Boulevard, bookending several streets, including Market and Broad (two of the city’s busiest thoroughfares). Enjoy seasonal recreation at the recently redesigned Dilworth Plaza at its base, or simply gaze up at one of the most stunning structures in the entire city. 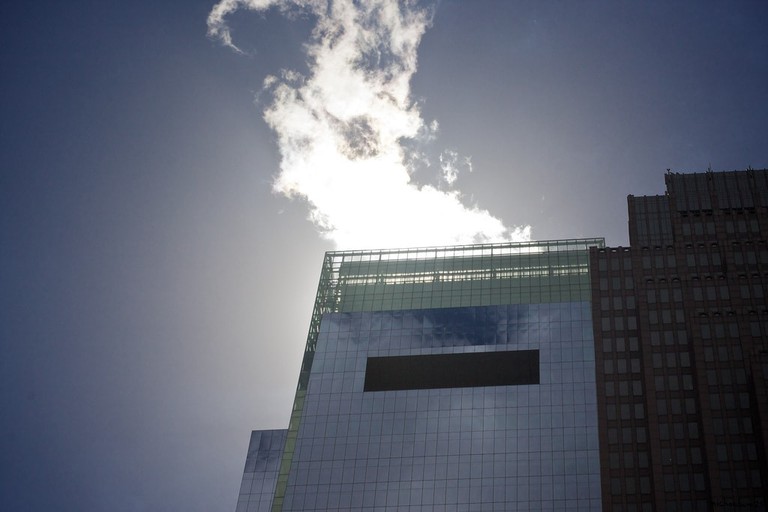 Relatively new to Center City, the imposing glass Comcast Center looms over Market Street, and with its enormous light displays throughout the year, inventive art and statues, and enormous glass facade, it’ll certainly catch your eye. Comcast’s presence in Philadelphia has been growing steadily for years, but this is its flagship tower, with several more to follow in the coming years. Be sure to stop by the upscale food court for everything from sushi to artisanal cheese and charcuterie. 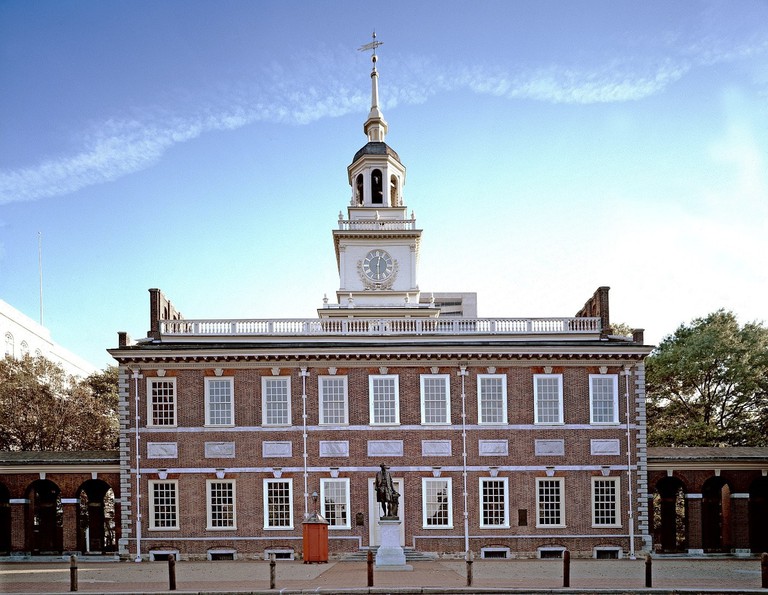 Independence Hall | © skeeze / Pixabay
The first capital of the United States and the place where the Declaration of Independence and the Constitution were signed, Independence Hall is a must visit stop on a tour of Philadelphia. Visitors can acquire free tickets at the visitor center, head over to check out the Liberty Bell, and finish up right on time for their scheduled tour of the iconic building. The tour goes through the east wing, where visitors get the chance to see the historic rooms for themselves and learn more about the history of nation from experienced guides.
Open In Google Maps
520 Chestnut Street, Philadelphia, Pennsylvania, USA
Visit Website
Give us feedback 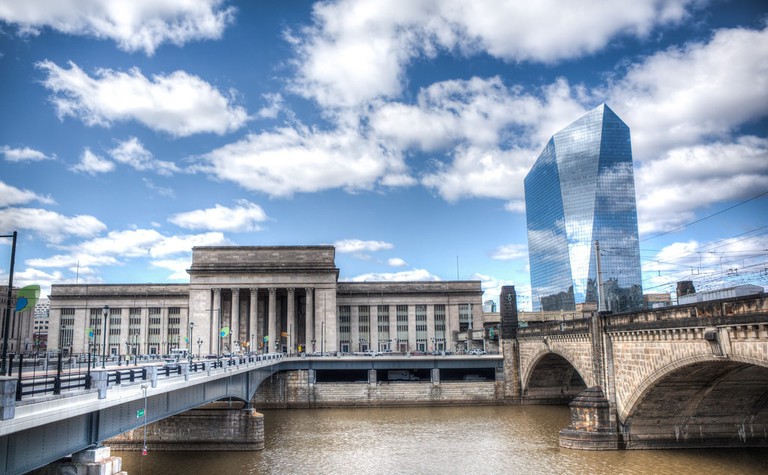 One of Philadelphia’s major train stations also happens to be one of its most beautiful buildings. 30th Street Station was built in the early 20th century and is a main hub for SEPTA, Philadelphia’s local transit system, as well as Amtrak, serving as part of both the Northeast and Keystone corridors. As Amtrak’s third busiest station, the building is also on the register of National Historic Places, and was originally built by the now-defunct Pennsylvania Railroad. If you’re traveling in or out of Philadelphia by train, be sure to stop in, visit the bustling food court, and marvel at the building’s stunning columns, high ceilings, and majestic exterior.