The Coolest Neighborhoods in Pittsburgh 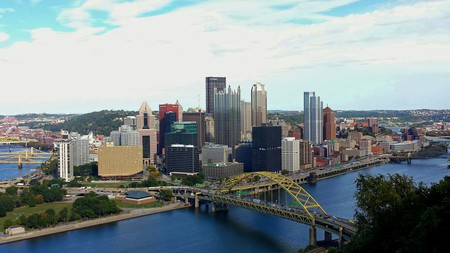 Pittsburgh, the city of bridges, is also known as a dynamic hub of reinvented public spaces, attractive river fronts, green skyscrapers, and a thriving downtown area. Each of the city’s 90 neighborhoods is distinct in its own way. Here are some that stand out.

The residential neighborhood of Squirrel Hill lies in the East End of Pittsburgh. It’s safe, commuter-friendly, and has Murray Avenue, which is known for its pizza spots Aiello’s and Mineo’s. Apart from great pizza, Squirrel Hill also has a great culinary scene of casual eateries and ethnic foods. For the movie buffs out there, Squirrel Hill is home to the Manor, one of Pittsburgh’s oldest movie theaters. With recent renovations, the added bar, upgraded seats, and projectors make their eclectic film selections enjoyable. If you love the outdoors, the neighborhood is sandwiched between Frick Park and Schenley Park, offering easy access to acres upon acres of beautiful green space.

Bloomfield, also known as Pittsburgh’s Little Italy, is a favorite among college students for its affordability. This area is only a short bus ride away from local universities such as Carnegie Mellon University and the University of Pittsburgh. Dining options span from Thai to Vietnamese to old-school Italian. This hip spot also prides itself on Liberty Avenue, where visitors can rifle through classic vinyl records, pick up books by local authors or trade in old clothes for someone else’s. Bloomfield also hosts a variety of popular annual events such as parades for Columbus Day and Halloween, and for one weekend in August, the area sees Little Italy Days, where Liberty Avenue comes alive with vendors, Italian food, and live entertainment. 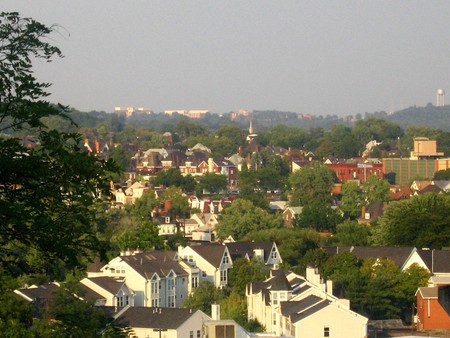 Lawrenceville, formerly an industrial neighborhood, has transformed into a hub for innovation, creativity, and nightlife. There are plenty of local retailers, cute breakfast and brunch spots, and a selection of places to grab a drink. Church Brew Works is the oldest brewery and draws in huge crowds with its unique space in a historic church. For entertainment, catch a show at Row House Cinema—a single-screen theatre that picks movies based on a weekly theme—or head down to the Arsenal Bowling Lanes.

The East Liberty neighborhood is popular among entrepreneurs and startups. At its center sits the beautiful and ornate Kelly-Strayhorn Theater, formerly known as Regent Theatre. The area continues to be the birthplace of trendy new restaurants catering to the edgy, urban and metropolitan chic residents.

A grand view waits atop Mt. Washington, one of Pittsburgh’s most visited neighborhoods. Stop somewhere along Grandview Avenue to take in the sweeping panoramic views of the downtown skyline at night. (USA Today named the view from Mt. Washington among the 10 most beautiful views in America.) Atop this hill is a quaint shopping district that serves the residents with ice cream and coffee shops, fine restaurants and classic dive bars. A 280-acre park encircles the hilltop and boasts stunning urban views as well as recreational space. 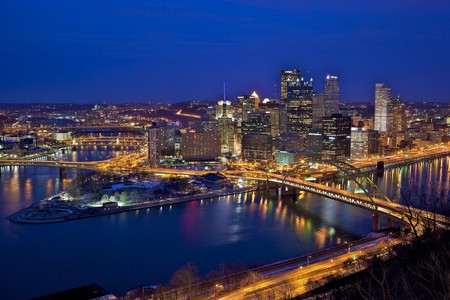 The Strip, as it is called, is foodie heaven. Start the day with a classic breakfast at Pamela’s, or grab a coffee from some of the best coffee shops in town, such as La Prima and 21st Street Coffee, where they brew Intelligentsia beans using a variety of trendy techniques. Lunch could take you anywhere from fish at Luke Wholey’s to spicy tacos at Edgar’s. Taste your way through Wigle Whiskey, which makes a variety of organic grain-to-bottle spirits, and Maggie’s Farm, which distills award-winning rums.

Victorian-style mansions and boutique hotels, along with the mansions on Fifth Avenue, line the streets of Shadyside and make it worth visiting. Due to its location, green space and parking are considered a premium in the neighborhood, but Mellon Park is just around the corner and offers a beautiful park with a walled garden and various sports fields and courts.

In terms of food, Shadyside has it all, from casual dining like Stack’d, which serves great burgers, to fancy eats such as Casbah or Soba for upscale Asian cuisine. The options for drinking are just as vast, with numerous bars, local beer taverns and more. Shoppers can shop until they drop on Walnut Street, a strip of a street lined with everything from high-end retailers to eclectic locally owned stores. One of the biggest attractions in Shadyside is Jam on Walnut, a summer concert block party, which draws thousands of people to the neighborhood.