The Best Things to Do in Pittsburgh, USA 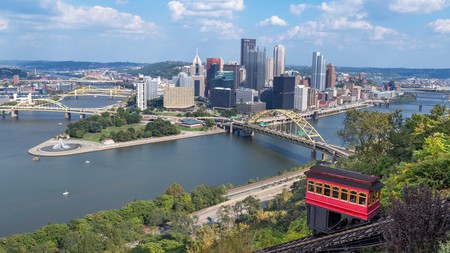 Pittsburgh is full of fantastic things to see and do, including the Duquesne Incline funicular | © Ian Dagnall / Alamy Stock Photo

Although often overshadowed by the eastern Pennsylvanian city of Philadelphia, Pittsburgh isn’t short on attractions and curiosities. From visiting a famous dinosaur to exploring the city’s superb museums, this city is full of unexpected attractions. Read on for our pick of the best things to see and do in Pittsburgh.

For unbeatable views of Pittsburgh, as well as access the stylish Mount Washington neighbourhood, take a ride on the Duquesne Incline. Opened in 1877, it was restored by a local collective in the late 1960s and still features the two original wooden cable cars. It runs 365 days a year between the Lower and Upper Stations, the latter of which has an observation deck with views across the city and a museum exploring the history of Pittsburgh and the incline itself. Visitors can also watch the incline’s machinery operate while the cars are in motion. 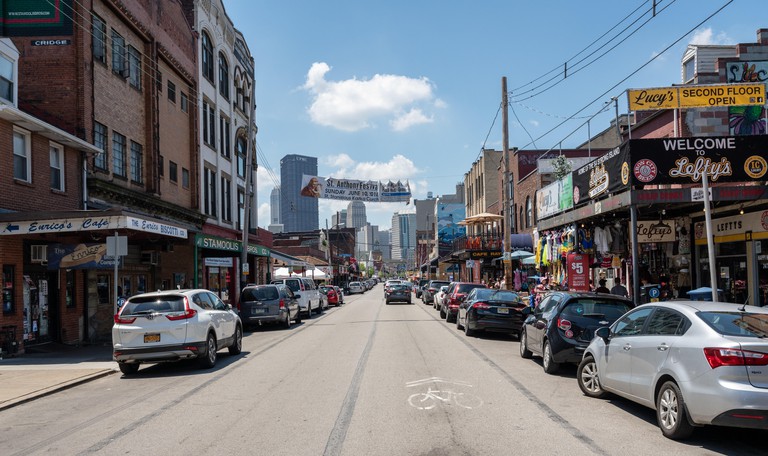 © BackyardBest / Alamy Stock Photo
The Strip District runs along the eastern banks of the Allegheny River between 11th and 33rd Streets, and was once an industrial landscape of mills and warehouses. Nowadays, it’s one of the best areas of Pittsburgh for eating, drinking and shopping. Foodies will love the Strip’s profusion of international grocery stores – from Polish and Middle Eastern to Mexican and Asian – and top-notch restaurants such as Kaya, where star dishes include the burger and the Cuban sandwich. Another of the area’s key attractions is the Heinz History Center, where you can learn about Pittsburgh’s past.
Open In Google Maps
strip district, Strip District, Pittsburgh, Pennsylvania, USA
Give us feedback 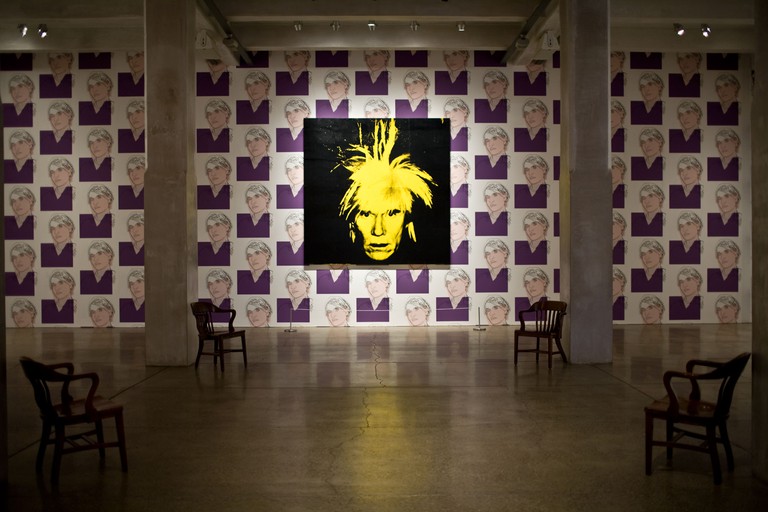 © Philip Scalia / Alamy Stock Photo
Pittsburgh is home to the world’s largest collection of works by Andy Warhol, the city’s most famous artist and one of the pioneers of the 1960s’ Pop Art movement. The Andy Warhol Museum was opened in 1994, within a packing warehouse dating from the early 20th century. Spread over seven spacious floors, the permanent collection showcases the artist’s paintings, prints, sculptures, photographs, drawings and commercial projects, as well as his entire video output, comprising more than 4,000 videotapes. The Factory education studio, located in the basement, hosts events and classes.
Open In Google Maps
117 Sandusky Street, North Shore, Pittsburgh, Pennsylvania, 15212, USA
+14122378300
Visit Website
Give us feedback 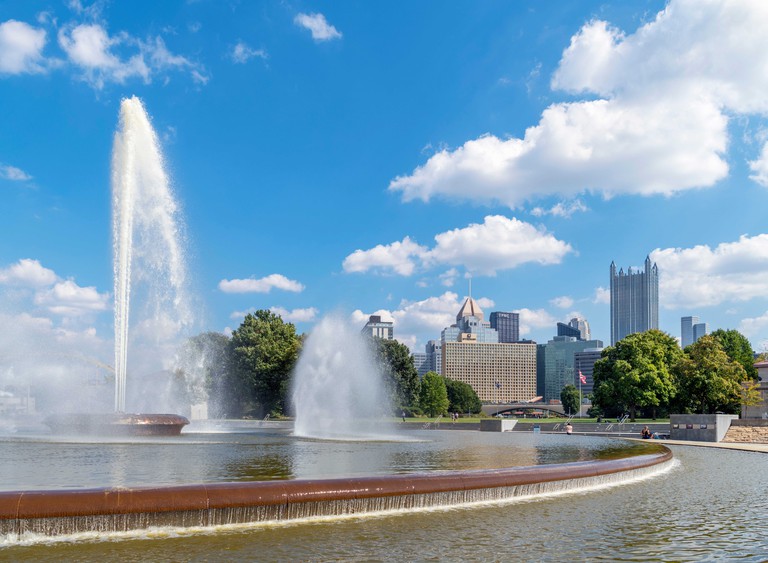 © Ian Dagnall / Alamy Stock Photo
The 36-acre (15ha) Point State Park occupies the tip of the Golden Triangle, at the confluence of the Ohio, Allegheny and Monongahela Rivers. As well as providing a tranquil spot in which to escape the city and admire one of the country’s largest fountains (the water is thrown 150ft (46m) into the air), it’s also home to Fort Pitt Block House, the only remaining part of Fort Pitt. Built by British forces between 1759 and 1761, this was a key fortification during the French and Indian War of 1754-63, a conflict that’s explored in detail at the park’s Fort Pitt Museum.
Open In Google Maps
Commonwealth Place, Downtown, Pittsburgh, Pennsylvania, 15222, USA
Give us feedback

If you fancy a physical challenge, head to Pittsburgh’s Beechview neighborhood and try and climb or cycle the United States’ steepest street. Canton Avenue, although only about 630ft (190m) long, has a gradient of 37%. In other words, for every 100ft (30.5m), there’s an elevation increase of 37ft (11m). In fact, it’s really the steepest street in the world, although that title officially goes to Baldwin Street in New Zealand, which is longer than Canton but has a slightly gentler gradient of 35%. At least going down Canton is fun, especially on a bike.

Open In Google Maps
Pittsburgh, Pennsylvania, USA
Give us feedback 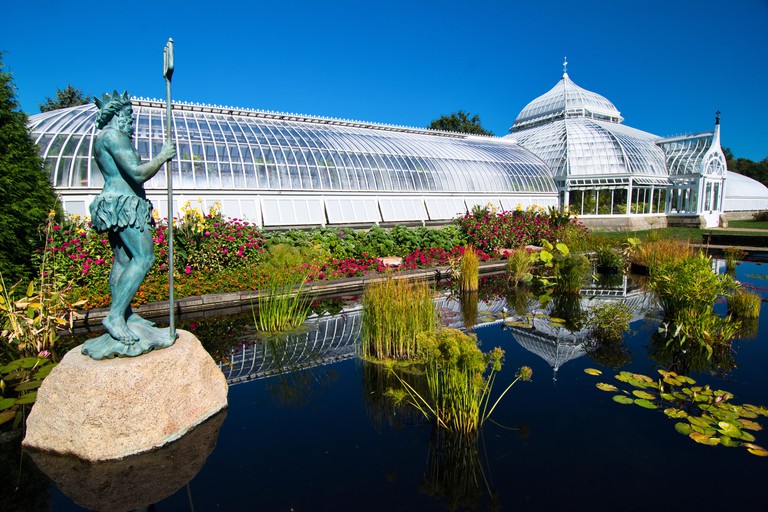 © Amy Cicconi / Alamy Stock Photo
Located in Schenley Park, the Phipps Conservatory and Botanical Gardens is one of the oldest and largest such buildings in the States. Bequeathed to the city in 1893 by steel and property magnate Henry Phipps, this 15-acre (6ha) site comprises the original, 14-room Victorian glasshouse, in which exotic flora such as bonsai, orchids and succulents are displayed across 23 distinct gardens. The largest of these is the Tropical Forest Conservatory, which recreates a new region every three years. Phipps also offers a range of interactive experiences for kids, a gift shop and a café.
Open In Google Maps
1 Schenley Drive, Central Oakland, Pittsburgh, Pennsylvania, 15213, USA
+14126226914
Visit Website
Give us feedback

Explore the Cathedral of Learning 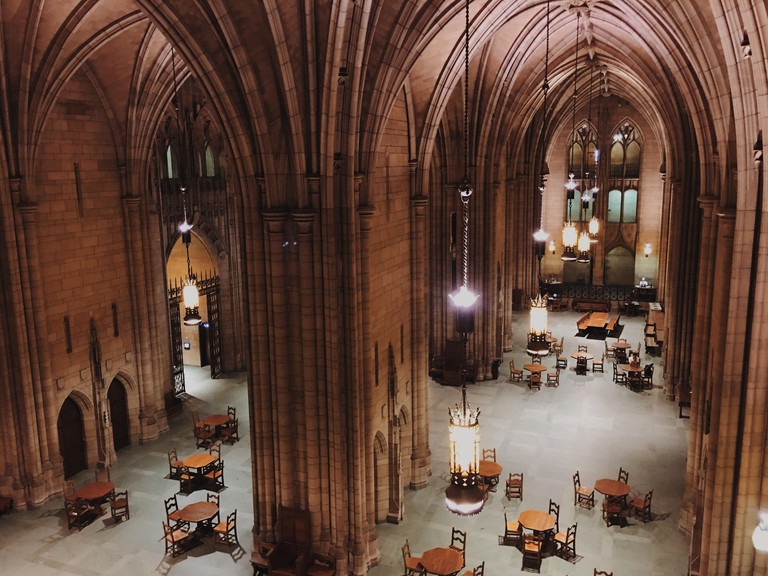 © vsun825 / Stockimo / Alamy Stock Photo
Towering 535ft (163m) above the University of Pennsylvania’s campus, the aptly-named Cathedral of Learning is the second-tallest university structure in the world, to Moscow State University’s main building. Built between 1926 and 1934, this 42-story Gothic Revival skyscraper houses a three-story high Common Room and 29 Nationality Classrooms, each of which are themed around a country that has contributed to the growth and development of Pittsburgh. Other working university facilities within include a library, computer rooms, a theater, offices and a food court.
Open In Google Maps
Pittsburgh, Pennsylvania, USA
Give us feedback 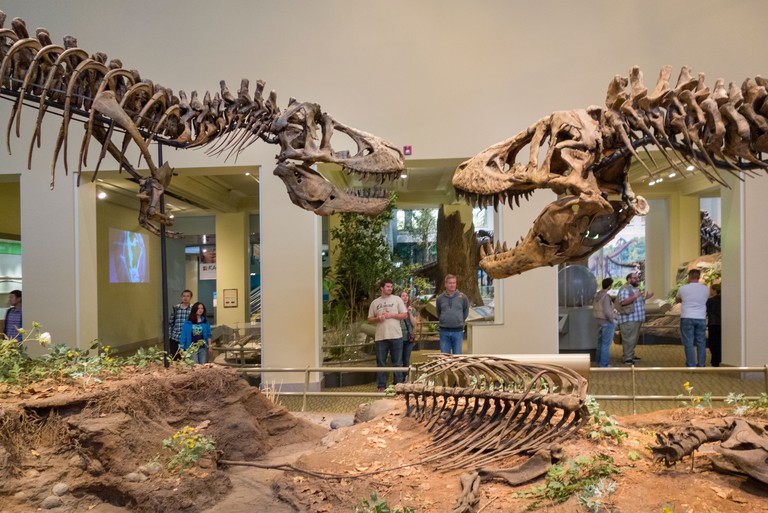 © Randy Duchaine / Alamy Stock Photo
Located just north of Schenley Park, Pittsburgh’s Museum of Natural History is one of four Carnegie museums in the city and one of the best of its kind in the country. Permanent exhibits explore every facet of our natural world, from dinosaurs and minerals to long-extinct sea creatures and the wonders of ancient Egypt. More localized displays explore the flora and wildlife of North America and Western Pennsylvania, via a series of amazingly lifelike dioramas. For refreshment, head to one of the two on-site eateries or enjoy your own picnic out in the sculpture garden.
Open In Google Maps
Pittsburgh, Pennsylvania, USA
Give us feedback

Natural Feature
Facebook
Email
Twitter
Pinterest
Copy link
Share
Map View
For some off-piste exploring, head to the 100-acre (40ha) Beechview-Seldom Seen Greenway, an almost-forgotten natural area located between the Mount Washington and Beechview neighborhoods. The path along which you can walk and cycle features a colorfully spray-painted railroad crossing and an unusually-constructed stone bridge dating from the early 20th century. You can also bathe off the rocks in the summer, picnic in one of its many shaded spots and, when the water level permits, walk along the creek itself.
Open In Google Maps
Pittsburgh, Pennsylvania, USA
Give us feedback
Give us feedback