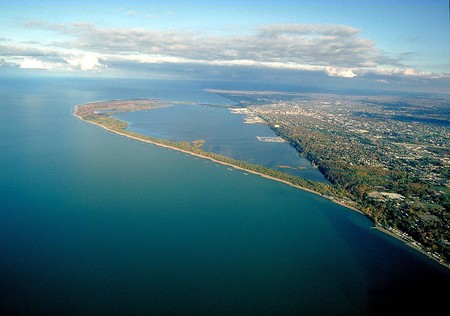 As the fourth-largest city in Pennsylvania, Erie attracts more than four million visitors annually to its lakeside attractions. When it comes to outdoor recreation, there are many possibilities. Runners are rewarded with a variety of scenic options to stretch their legs and test their endurance. Here are some of the best running routes in Erie.

Just four miles (6.4 kilometers) west of Erie is the 3,000-acre Presque Isle State Park, which sits on a sandy peninsula that juts into Lake Erie. Presque Isle is known around the world for its stunning sunsets (National Geographic said so), but it also offers 13 miles (20.9 kilometers) of multi-purpose trails to explore, many with breathtaking views of Presque Isle Bay and Lake Erie. 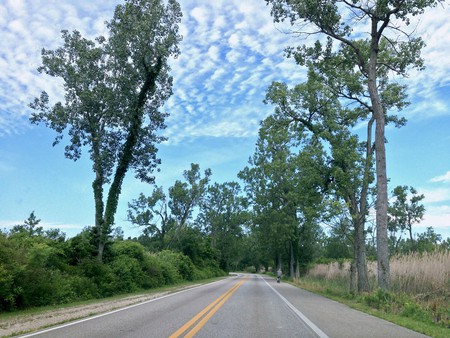 The best way to begin? Grab a map of the trails and have at it.

When you’re not running the roads, refuel at Sara’s Restaurant, a ’50s-style diner located at the entrance of the park. And check out the fascinating Tom Ridge Environmental Center, a natural history museum that’s loaded with information about the park and its inhabitants. Your trip to Presque Isle will be more meaningful after you’ve watched the 15-minute orientation film in the center’s theater.

The Bayfront Connector Trail runs from the Penn State Behrend campus on the east side of Erie to Frontier Park on the west end of the city. In between are nine miles (14.4 kilometers) of a four-lane expressway and an asphalt trail with lake views and wooded stretches. Along the Bayfront Parkway, you’ll see attractions like the Erie Maritime Museum, Dobbins Landing and the Bicentennial Tower, and the Bayfront Convention Center. 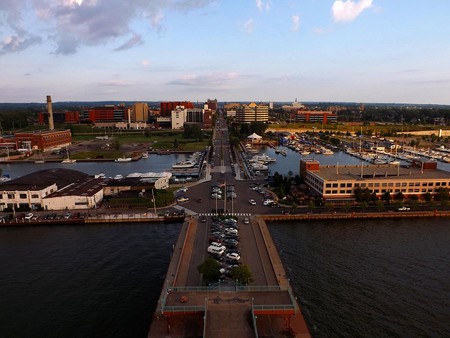 The trail officially ends at Frontier Park, but there’s a bikeway along Sixth Street that connects to Presque Isle State Park—if you’re so inclined to keep going.

Penn State Behrend is a local, four-year and graduate college. It’s a beautiful 850-acre campus that features paved trails that wind throughout its buildings and residence halls. There are times when students are walking here and there during busy class schedules, but many times a quiet, scenic run can be enjoyed, especially in the late afternoon and evening hours or on weekends. If you really want to push yourself, there are a number of hills that can give your lungs a good workout. Otherwise, you can run on fairly level terrain with modest inclines thrown in for good measure.

If you drive to the campus, be cautious of where you park as some of the lots are only meant for students with parking permits.

Although it doesn’t provide a lot of room to run, Frontier Park on Erie’s West Side makes up for it with beauty. Enjoy the bridges and pathways in and around the park, which is home to the Lake Erie Arboretum. There are more than 1,000 trees here—oak, beech, elm, pine, crabapple, and others. The Arboretum has transformed the property into a hub for local community activities and outdoor fun. Check out Cascade Creek and the “virtual tree” gazebo, plus an education center, an outdoor classroom, and tennis courts.

Asbury Woods is known as one of the finest environmental centers in northwestern Pennsylvania. It offers over 250 acres and 4.5 miles (7.2 kilometers) of trails through fields, forests, and streams. The Greenway Trail runs from the Asbury Nature Center to Walnut Creek Middle School. You’ll run over a scenic, steel walking bridge that spans Walnut Creek. The Boardwalk Trail is equally as beautiful but shorter, at only about one-third of a mile (one-half kilometer). 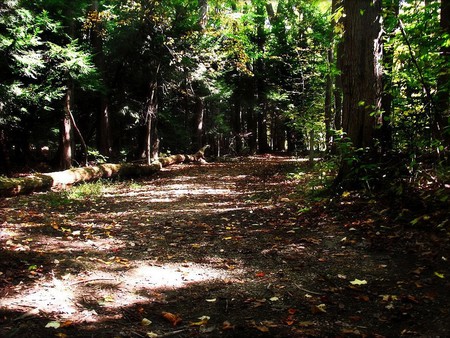 Scott Park offers 108 acres and several miles of trails with a beautiful view of Presque Isle Bay. One of the best features here is an 18-station fitness trail. You’ll have a paved option to run or walk. And on wet days, the unpaved, sandy soil trail drains quickly so that you can still get your run in.