Philadelphia, the largest city in Pennsylvania, boasts an array of exciting and diverse immigrant populations, including numerous West African and Southeast Asian communities who come together to form the city’s vibrant cultural and culinary quiltwork. From quaint Cambodian kitchens to restaurants serving Israeli delicacies, read ahead for our guide to the best ethnic cuisine in Philadelphia. 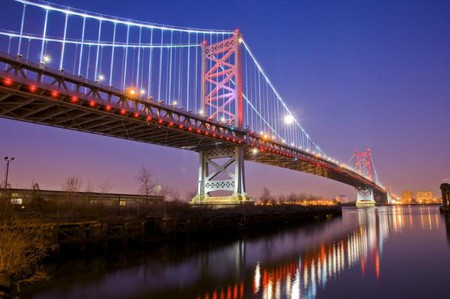 Khmer Kitchen is an extremely popular Cambodian restaurant, and is a favorite of South Philadelphia. Dishes are made to order and carefully prepared using handmade ingredients; one of the best being the prah-hok kahteeh, or ‘grandma’s dish’, a choice comprised of fermented monk fish which is curried with coconut and served with a crudite of vegetables. A top choice for an appetizer to share is the fried shrimp with lemongrass and coconut curry dip, as well as the grilled meatballs. Flavors are exotic, but are gentle enough to entice even diners who are not inclined towards spicy food.

Hardena, an Indonesian gem located in Point Breeze, is a restaurant which stands out for its authenticity and perfectly cooked cuisine. A small selection of menu items are charmingly written on a chalkboard here, and all the main dishes are bursting with flavor and served over generous helpings of white rice. Meat, vegetarian and vegan options abound, and top dish choices include the beef redang and lamb soup, as well as the vegan-friendly seitan and sweet dish of tempeh. This joint is warm, welcoming and kind to the wallet, and with a closing time of 8pm, it’s the perfect spot to visit for an early and delicious dinner. 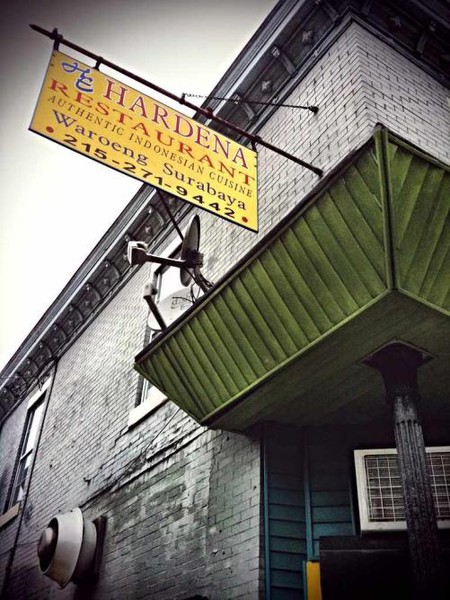 One of the most beloved West African restaurants in the city, Kilimandjaro features classic and scrumptious Senegalese cuisine. The yassa fish is a traditional tilapia staple, sautéed with caremlized onions and pan fried, and should not be missed. The dibi lamb is also a top choice, comprised of pieces of grilled lamb served with a tangy onion salsa on top. Enjoying rave reviews from customers and boasting lines filing out the door most days, the fresh food and quality service here quite rightly make Kilimandjaro a West Philadelphia favorite, with its eye-catching African artwork and warm ambience adding to its overall splendor.

The casually upscale Zahav, a restaurant idyllically situated in the Old City, deliciously reflects the unique character and flavors of Israel. This critically-acclaimed favorite boasts a flavorful menu of small plates which allows guests to sample a large variety of diverse cuisines in one sitting, including delicacies from Eastern Europe, North Africa and Persia. Adventurous diners are well catered for here and can try roasted duck hearts with red plums; and the grilled halloumi served with peaches and other vegetables is melt-in-the-mouth and incredibly moreish. 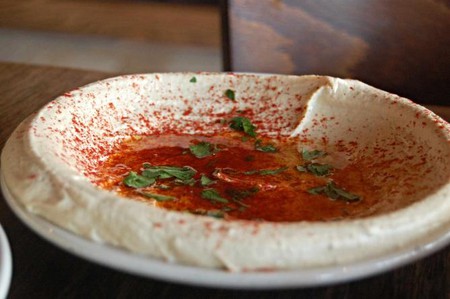 The popular hummus, a perfect sharing and mezze plate at Zahav I | ©stu_spivack/Flickr

The upscale Indian restaurant of IndeBlue serves a wide array of both modern and traditional Indian dishes, and is a top spot to sample sumptuous spicy cuisine in the heart of Philadelphia. The menu consists of small chaat plates as well as classic moilee, masala and lamb biryani choices. The chef’s tasting menu is a tasty culinary option comprised of four courses, including an entree, a chaat choice (savory snack) and a shuruvat (appetizer). The restaurant hosts a popular happy hour from 5pm until 7pm on weekdays, with a range of colorful cocktails and beers available at discounted prices. 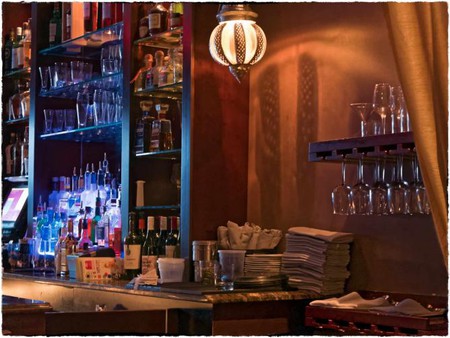