The 10 Most Beautiful Towns in Pennsylvania 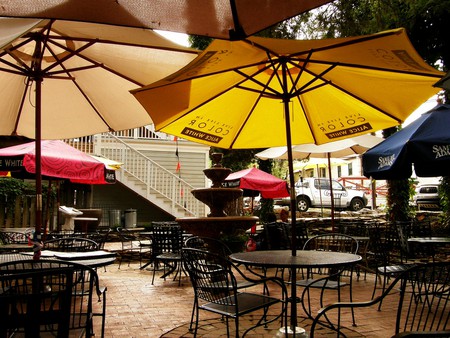 Pennsylvania is a beautiful state, home to incredible culture, rich history and picturesque scenery. With the Appalachian Mountains, over 100 miles of coastline and over 120 state parks, the state has a rich selection of beautiful towns, cities and attractions. Check out our guide to 10 of the most beautiful and charming places to visit in the state.

Founded in 1682 by William Penn, Philadelphia, the largest city in the state, has a rich history, delicious food and beautiful architecture. Visit Independence Hall where, on July 4, 1776, the United States Declaration of Independence was approved and read aloud to the general public in Independence Square. The city proffers a multitude of museums, including the Liberty Bell Center where you can view the bell and discover facts and myths concerning it. Philadelphia is also home to one of the largest art museums in the country, the Philadelphia Museum of Art. Take a drive around Philadelphia’s majestic countryside and make sure not to miss out on a Philly cheesesteak. 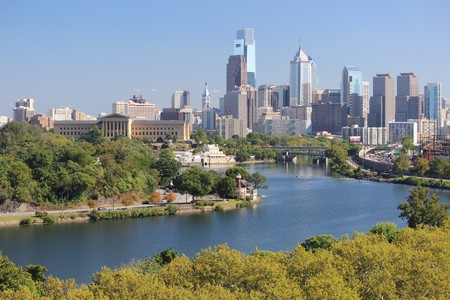 Located on the west bank of the Delaware River, New Hope, Pennsylvania is a tourist town with amazing restaurants, antique shopping, art galleries, unique stores and beautiful walks along the Delaware River and the Delaware Canal. New Hope also offers food tours, a wildflower preserve, the New Hope Winery, sightseeing tours and a children’s museum. Visit the New Hope and Ivyland Railroad, which has passenger trips and functions as a heritage railroad, the Bucks County Playhouse, the State Theater of Pennsylvania or the Washington Crossing Historic Park. 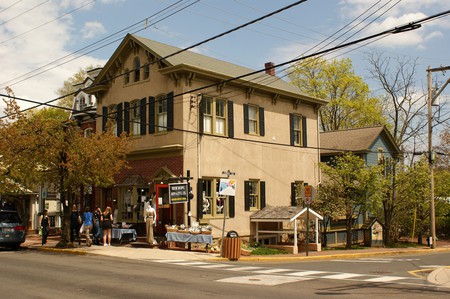 Jim Thorpe is a borough in eastern Pennsylvania known as the ‘Switzerland of America’ because of its stunning mountains, its striking and quaint scenery and its architecture. The borough, originally established in 1818 as Mauch Chunk, gained its new name in 1953 after James Francis Thorpe, an Olympic medalist. Jim Thorpe has an array of exceptional outdoor activities, from hiking, skiing, biking and horseback riding to boating, fishing, swimming and camping. The Flagstaff Mountain and the Lehigh Valley offer a gorgeous environment for outdoor exploration. Historical attractions in Jim Thorpe include the Lehigh Gorge Scenic Railway, the Old Mauch Chunk Train Station, the No. 9 Coal Mine and Museum, and Eckley Miner’s Village. 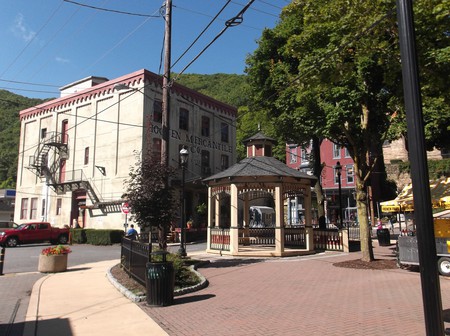 Located in south-central Pennsylvania, Lancaster is one of the oldest inland towns in the USA and, with over 200 shops and boutiques, a plethora of outstanding restaurants and a beautiful countryside, it is no wonder why Lancaster is a well liked travel location. Originally settled by Pennsylvania Dutch, the Red Rose City offers an array of distinctive attractions, from the Kitchen Kettle Village to buggy rides throughout the Amish country, bakery tours and tours of Amish-inspired farms. 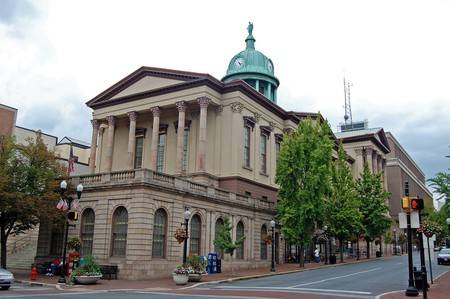 Located in northwest Pennsylvania, Erie is the fourth largest city in the state and is named after Lake Erie, as the city rests upon its southern shore. The incredibly beautiful Presque Isle State Park attracts millions of visitors each year, as well as the spectacular views of the lake and Presque Isle Bay, thus attributing the title Gem City to the area. Erie’s outdoor attractions include nature trails to be explored by foot or by horseback, cross-country skiing, camping and birding.

The borough of Gettysburg, at which the Battle of Gettysburg and Abraham Lincoln’s Gettysburg Address occurred, is rich in history, culture and beauty. Visitors can tour the beautiful location at which the battle took place at the Gettysburg National Battlefield, located in the Gettysburg National Military Park. This southern Pennsylvania borough allows visitors to relive history up close via tours on foot or by car, bicycle or horseback. Other Gettysburg attractions include Pennsylvania Civil War Trails, vineyard tours, scenic tours, train tours and festivals. 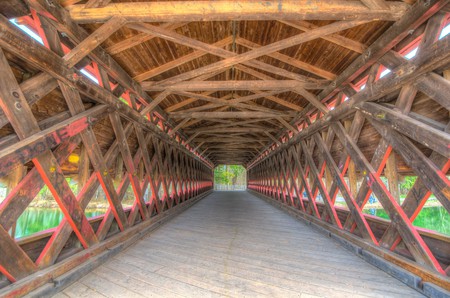 Bushkill, located in east Pennsylvania, is home to the Bushkill Falls, known as the Niagara of Pennsylvania. Among the state’s most well-known attractions, the Bushkill Falls is a grouping of eight waterfalls burrowed within the forested Pocono Mountains. Access to these waterfalls involves scenic hiking trails and beautiful bridges. Bushkill Falls also has miniature golf, mining for gemstones, paddle boating, fishing and exhibits to explore. 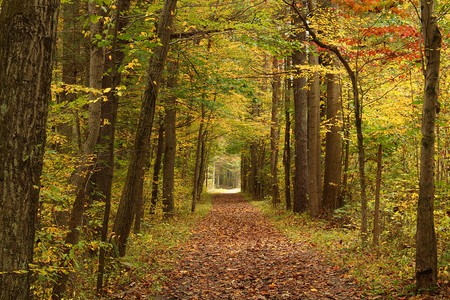 Kennett Square, known as the ‘mushroom capital of the world’ (due to a large amount of mushroom farming), the borough has been home to two important historic events. It was the location of General Howe’s trek to the Battle of Brandywine in the midst of the American Revolution and it was an integral part of the Underground Railroad. One of Kennett Square’s most famous attractions is just a few minutes from the borough’s downtown, The Longwood Gardens. The gardens display over a thousand acres of beautiful, strikingly presented grounds, woods and meadows. Be sure to visit Kennett Square in September during the Mushroom Festival and take part in the annual celebrations and tours. 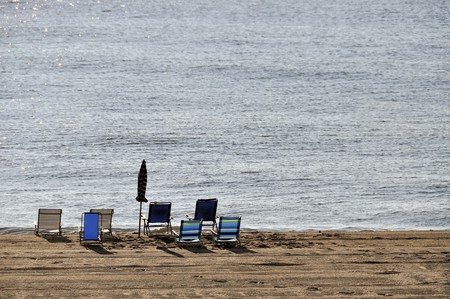 Strasburg is well known across the USA thanks its numerous railroad attractions like the Railroad Museum of Pennsylvania, the National Toy Train Museum and the Strasburg Rail Road. Much of the countryside in Strasburg is rich in history and beauty and, in 1983, the National Register of Historic Places considered a majority of the borough as a historic district. Other attractions in Strasburg include ghost tours, Amish countryside tours, buggy rides, the Cherry Crest Adventure Farm and miniature horse farms. 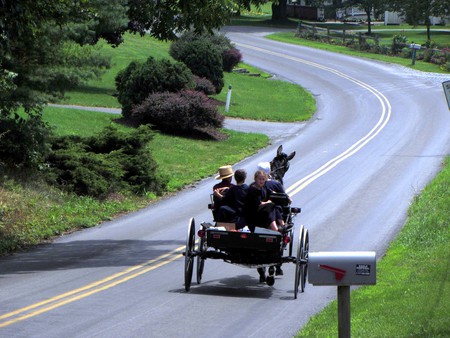 Just 30 miles north of Philadelphia, Doylestown began in 1745 when William Doyle built a tavern on what is now the corner of Main Street and State Street. Some of the main visitor attractions in Doylestown are three edifices built by archeologist Henry Chapman Mercer, the Mercer Museum, the Fonthill Castle, and the Moravian Pottery and Tile Works building. Doylestown also has biking and hiking trails and a Michener art museum, among other activities and tourist locations. 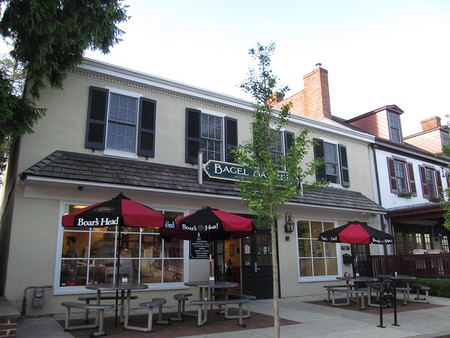