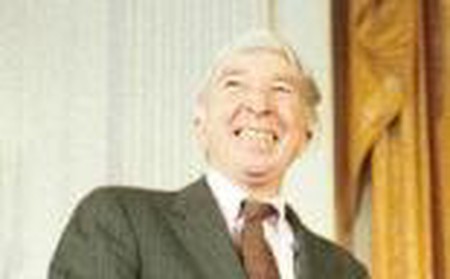 John Updike is widely considered a giant of 20th century American literature, and a writer who provided a definitive representation of American suburban and small town life. Helena Cuss looks at his most acclaimed works: the Rabbit Angstrom series. 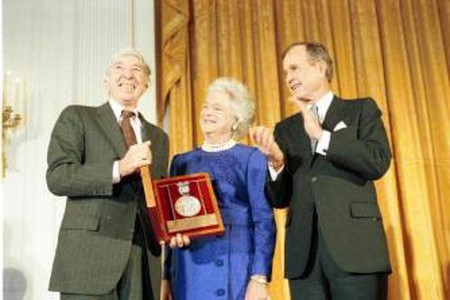 Executive Office of the President of the United States/WikiCommons

John Updike’s most famous works are the four books that form the Rabbit tetralogy, which won him two consecutive Pulitzer Prizes for Fiction. These stories chronicle the life of Harry ‘Rabbit’ Angstrom, an ex-high school basketball star, struggling to come to terms with the mediocrity of his adult life. Although not strictly autobiographical, Updike used his hometown of Reading, Pennsylvania as the model for the novels’ setting of Brewer. Updike said that, to a large extent, Angstrom was used as a mouthpiece for Updike’s own concerns and dissatisfactions with American life and society; each novel reviews the decade just past – Rabbit, Run published in 1959, Rabbit Redux in 1971, Rabbit is Rich in 1980, and Rabbit at Rest in 1990. The series offers a comprehensive vision of Updike’s post-war America, for as Updike explained, Rabbit is ‘a ticket to the America all around me. What I saw through Rabbit’s eyes was more worth telling than what I saw through my own, though the difference was often slight.’ 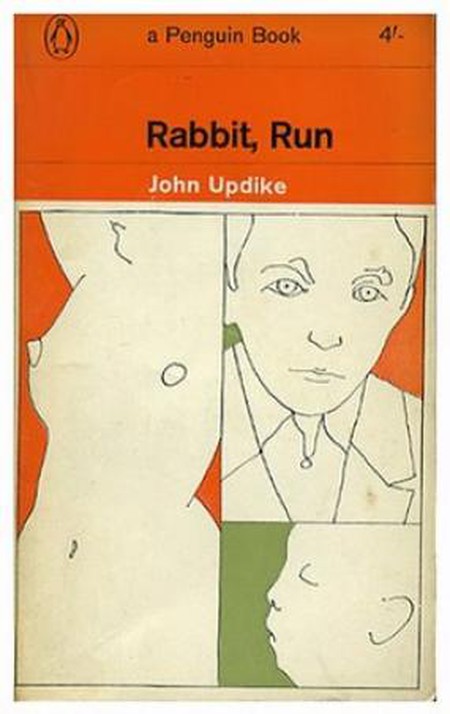 The first and most well-known novel, Rabbit, Run, opens with the town of Brewer, a typical American suburban sprawl in which Harry ‘Rabbit’ Angstrom lives with his alcoholic wife, Janice, and toddler son Nelson. One evening, on a whim, he decides that he can no longer bear such a mundane life after the heady days of glory that his high-school basketball playing had brought; he thus leaves his family. Driving out of Pennsylvania with no other fixed destination than ‘South’, we might expect this novel to turn into a road trip narrative, à la Kerouac. However, after driving aimlessly through the night, Rabbit returns inexplicably to his hometown, rejecting the promise of adventure, as though realising that what he searches for cannot be found simply in a new location. The book also goes on to explore many of the themes common to twentieth century literature: post-modern anxiety about religion, sex, alienation, kitsch commercialisation, family relationships, and the banality in life.

The real power of the novel lies in Updike’s effortless and fluid prose style – part stream-of-consciousness, with all the immediacy of the present tense, it draws attention to the small everyday things that irritate or delight us, and elevates them to an almost poetic height. There is an ambivalence surrounding his characters: we are unsure as to whether we find them likeable or not since they are neither heroic nor wholly condemnable; in fact, they are nothing more than people, with all the flaws and oddities that come with that. It is impossible not to respond to them with some degree of recognition and sympathy, for in their traits – loving, vulgar, brutal, cowardly, superficial, mediocre, honest, commendable, and despicable – lays the panorama of human existence and emotion. Updike himself confessed that ‘readers who expect novelists to reward and punish and satirise their characters from a superior standpoint will be disappointed.’

Upon its publication, the sexual content had been removed and toned down, but in Updike’s revised version in 1963, the book was given back its soul: daring and shocking at the time of writing, Rabbit’s sexual experiences and longings are the most candid and moving part of the book. They are, to a certain extent, the driving force of the narrative events. Never exactly romantic, and sometimes chauvinistic and shocking, there are nonetheless tender and sublime moments. Updike, however, also explores the consequences of these moments, which can be more tragic, and more severe, than anyone might have expected. His treatment of these themes demonstrates his innovation as a writer, having been driving by the ‘make it new’ imperative of a fellow Pennsylvanian writer, Ezra Pound.
In mixing this middle-American, middle-Protestant cast of characters and backdrop in all its kitsch mediocrity with scenes of enormous realism and candour, he pushed the boundaries of modern literature, and it is not difficult to see why he later described Rabbit as, ‘a brother to me, and a good friend. He opened me up as a writer.’
By Helena Cuss