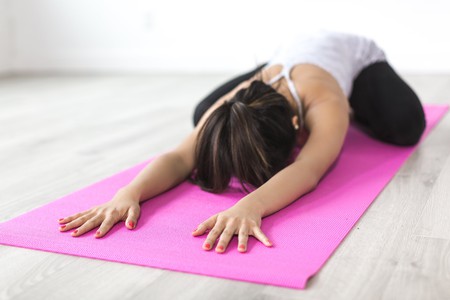 It isn’t uncommon to see yogis posing alongside puppies and baby goats for an added dose of zen. But the animal yoga trend is taken to the next level at a studio in Philly.

In late July 2018, Tuck Barre & Yoga Studio opened its first pig yoga class in Philadelphia—and to great success. According to its owner, Callie Kim, the class sold out within an hour of being posted online.

The studio worked with FairyTail Acres, a pig rescue and nonprofit, to bring a yoga with pigs class to Philly. Based out of Denver, Pennsylvania, it brought six of their rescue pigs. (A goat named Squeaks, who was wearing a bow tie, was also present.) Kim said she hoped that her students could have fun but also learn about the pigs in the process.

“Studies show that pigs are smarter than dogs, but many people see pigs only as ‘pork,’” Kim told Philadelphia Magazine. “I wanted to give people an opportunity to interact with pigs so maybe they will view them in a different light. What better place than in a yoga class!”

Omg you guys…pig yoga #poga was everything! Thank you for coming and sharing your love with Apollo, Hannah, Rupert, Charlie, Grace, Pua and Squeaks the goat. @fairytailacrestherescue and I are so thankful to you! Best day ever! #tuck #gotuckyourself #piglove #animallove #rescue #yogaforgood #yoga #phillyyoga #philly #pointbreezepets #pointbreeze #love #philadelphia #bewellphilly #animals #pigs #adoptdontshop

All proceeds go to helping the pigs who live at FairyTail Acres, which aims to provide a “fairy tale” ending for the animals. Many were given up by their owners who bought them as piglets. Others escaped from farms and remain permanent residents at the rescue because they aren’t suitable for adoption.

Since the Tuck Barre & Yoga pig yoga class was such a success, the studio plans on hosting more. Next month, there will be two classes for pig-loving yogis. You can find out more about it on the studio’s Facebook page.