Pittsburgh, PA, Is Home to the World’s Largest Bicycle Museum 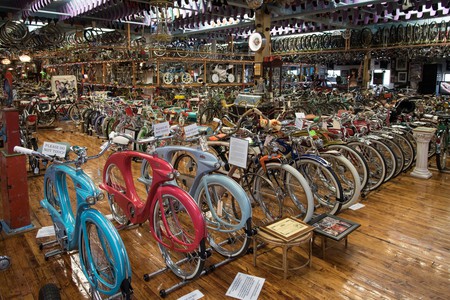 Where can you find Pee-wee Herman’s bicycle and more than 4,000 other bikes—from vintage to brand new—under one roof? They’re on the floor, on the walls, and hanging from the ceiling at Bicycle Heaven, the world’s largest bicycle museum and bike shop in Pittsburgh, Pennsylvania.

As an avid antique collector, he accumulated a large number of bicycles, gathering vintage antique and collectible bikes from garages throughout the Bellevue neighborhood. One bike led to another, so to speak, and before he knew it, he had more than 3,000 of them on his hands. 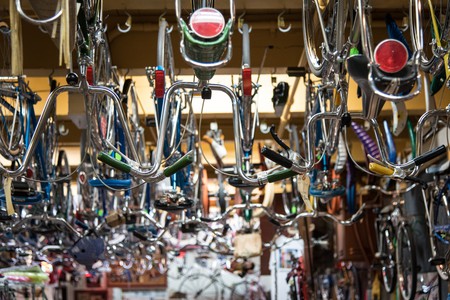 It was more than enough to occupy an entire museum, so in 2011, Craig and his wife, Mindy, established the world’s largest bike museum on the North Side of Pittsburgh. The couple has since amassed a gargantuan collection that includes just about every kind of bike imaginable, from pop-culture theme bikes (think Elvis and the Beatles) to a bicycle the Monkees once took for a spin.

That’s just the beginning. There are bikes that have appeared in movies such as Pee-wee’s Big Adventure (obviously), A Beautiful Mind, Fences, Super 8, and many others. 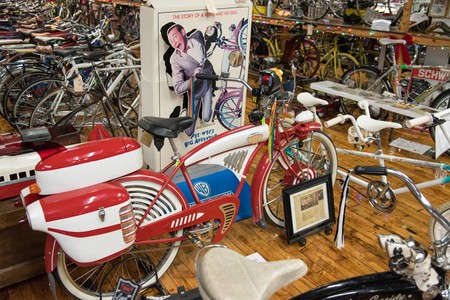 The museum also includes the first fiberglass bike ever made—the revered Bowden Spacelander. This futuristic gem is one of the most sought-after bikes in the world. In fact, there are only about 30 remaining, and Bicycle Heaven has more than half of them. 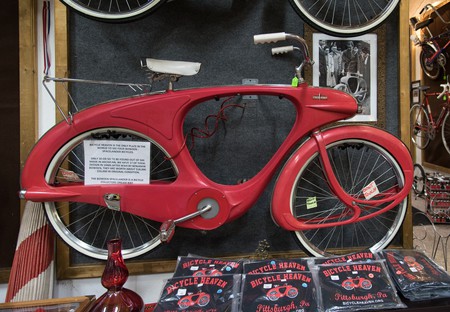 There’s more than just bikes to look at, though. According to BikePGH, Pittsburgh has approximately 80 miles (129 kilometers) of bike lanes, so it’s no surprise that Bicycle Heaven also serves as one of the city’s most popular bike shops for parts and repairs. There are antique parts and accessories galore—from back cushions, baskets, and bells to seats, speedometers, and spokes. Plus, bikes can be rented by the hour or by the day, with overnight parking space available for anyone who wants to ride after dark. 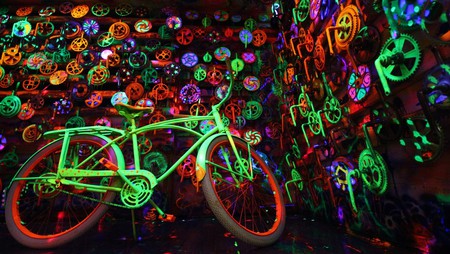 “When I first started Bicycle Heaven, it was to make money,” Craig admitted. “It was my new job. But after a few years, I thought it would be cool to display them, like a museum. I wanted it to be sort of like the Willy Wonka Chocolate Factory—a fun place to visit with lots of color.”

Bicycle Heaven is free to tour. However, it’s a non-profit museum, so they rely primarily on the donations from supporters around the world to keep the business in operation.