With a number of pioneering art spaces, Philadelphia is a hotspot for contemporary art. Featuring a wide range of unique, eclectic galleries alongside more traditional venues, the city is home to forward-thinking art destinations that challenge traditional media and aesthetics. These ten galleries make art accessible to everyone, supporting Philadelphia’s booming arts community and ensuring there really is something for everyone. 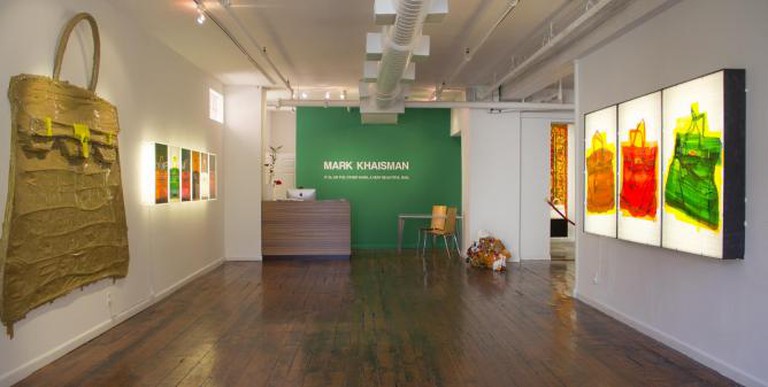 Wexler Gallery is an interdisciplinary venue featuring works that merge the worlds of design, fine art, decorative art and craft. The gallery opened its doors in 2000 showing innovative functional and non-functional pieces that are distinguished by their quality and ability to challenge traditional boundaries between disciplines. Works presented at Wexler Gallery are often unique, one-off productions but they are brought together by an underlying commitment to craftsmanship. Wexler Gallery represents some of the most skilled craftsmen of the day from celebrated masters to emerging talents working in design, mixed media, ceramics, painting, photography, print and glass. Represented artists and craftsmen of note include Andy Paiko, Jefferson Hayman and internationally renowned master glassmaker William Morris.

The walls of this unusual Philadelphian gallery are adorned with inspirational art that is an unobtrusive celebration of the human body as a canvas. Nurturing, promoting and celebrating the fine art aspect of body painting, Gallery ML was established in 2010 and is one of only two galleries in the world that is dedicated to this art form. The gallery and the works on show are unlike any other. Submitted by body painters from around the globe including Lawren Alice, Leroy Roper, Lisa Berczel and Lucy Broulliard, these imaginative, original representations of body art imagery have found a home in a respectable gallery setting, challenging the common misconceptions of cheap, over-sexualized imagery associated with the medium.

AIGA (American Institute of Graphic Arts) Philadelphia was founded in 1981 by a group of local designers. Now an integral part of this ever-growing national organisation, their gallery, SPACE, provides an exhibition program and series of lectures throughout the year by national and regional talents, aiming to stimulate interest and understanding of graphic design and visual communication. With a wide mix of independent and collaborative events and exhibitions throughout the year such as the Summer Interactive Workshop series and Open Studio Tours, SPACE is fully engaged with the local Pennsylvania community. The organisation has also provided a Mentoring program since 2010. 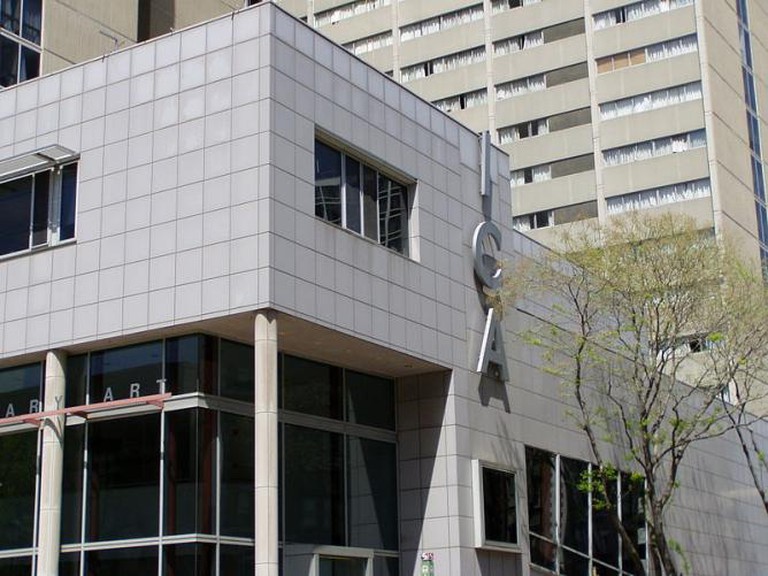 © Jeffrey M. Vinocur/WikiCommons
If you’re looking for the next big name in contemporary art, the ICA is a go-to destination. Founded in 1963 by the visionary Holmes Perkins, the Institute of Contemporary Art at the University of Pennsylvania was designed to expose students to innovative, up-and-coming areas of art and culture. Committed to bringing under-recognized artists into the spotlight, the gallery hit the ground running, holding Andy Warhol’s first-ever museum solo show in 1965. With a long list of early shows by now-renowned artists such as Laurie Anderson, Richard Artschwager, Vija Celmins, Karen Kilimnik, Agnes Martin, and Cy Twombly under its belt, the ICA has earned its reputation as a preeminent venue for contemporary art. Exhibitions at the ICA are not to be missed, showcasing contemporary art that is both accessible and adventurous.
Open In Google Maps
118 South 36th Street, University City, Philadelphia, Pennsylvania, 19104, USA
+12158985911
Visit Website
Give us feedback

Paradigm Gallery‘s on-site and citywide off-site exhibitions focus on the promotion of emerging Philadelphia-based artists. The gallery and studio provide a transformable space for both visual and performance artists, and deliver strong and individualized support. Paradigm Gallery is ever-changing as resident artists are allowed to make the space their own in order to suit their needs. Through annual and bi-weekly events and regular exhibitions such as the community arts benefit and exhibition, the gallery welcomes a wide audience, aiming to make art accessible to the whole community. Paradigm Gallery also collaborates with HAHA Magazine to deliver an artist-to-community program, bringing artists and interactive arts projects from around the globe to Philadelphia.

Snyderman-Works was originally formed of two parts: The Works Gallery, founded in 1965 and Snyderman Gallery which opened in 1983. Both galleries developed into leading national galleries in the field of contemporary studio crafts, The Works focusing on ceramic, jewelry and fiber arts whilst Snyderman Gallery focused on studio furniture and sculptural glass. Each gallery gained independent national recognition for exhibitions throughout the 1980s featuring significant works by Ettore Sottsass and Robert Venturi. The pair joined forces in 1992 in Downtown Philadelphia and has since branched out to other mediums such as painting, print, photography and sculpture. Alongside an extensive program of solo and group exhibitions by renowned international artists including Dale Chihuly, William Morris, Harvey Littleton, Tom Patti and Toots Zynsky, Snyderman-Works has initiated a number of collaborative projects with represented artists to create site-specific installation. ThegGallery is also an active member within the Philadelphia arts community. 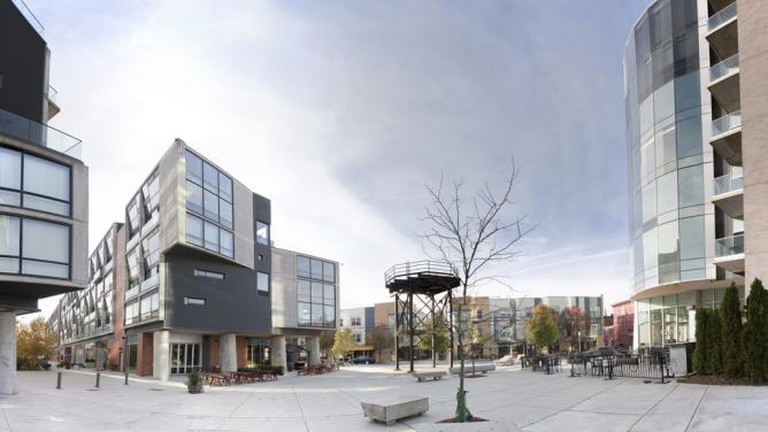 Philadelphia Art Alliance, Philadelphia | © Rob Bulmahn/Flickr
Presenting music, theater, painting, and sculpture under one roof, the Philadelphia Art Alliance (PAA) is the city’s top destination for contemporary craft and design. Established by philanthropist Christine Wetherill Stevenson in 1915, the PAA addressed an unmet need in the local arts community for a gallery dedicated specifically to craft and design. Over the years, the PAA have presented an offering of twelve exhibitions per year by artists such as Mary Cassatt, Horace Pippin, Antonio Gaudi, Man Ray, Candy DePew, Gils Bakker and The Miss Rockaway Armada. Exhibitions are often accompanied by an extensive program of artist talks, concerts, workshops, readings and performances, inviting visitors to engage with the disciplines of craft and design in new ways.
Open In Google Maps
251 South 18th Street, Rittenhouse Square, Philadelphia, Pennsylvania, 19103, USA
+12155454302
Visit Website
Give us feedback 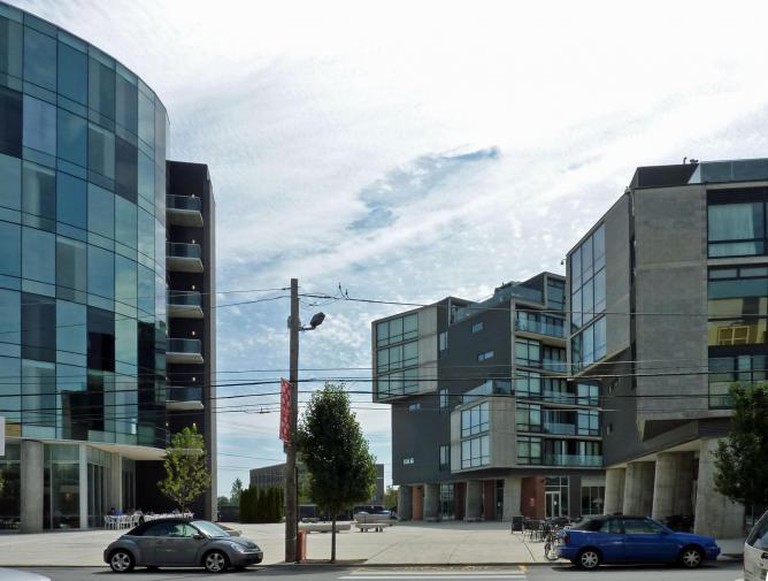 © Payton Chung/Flickr
The Toothless Cat is an eclectic gallery owned by tattoo artists Jason Goldberg and Dave Fox and artist and writer Jl Schnabel. The gallery can be found inside the well-loved vintage clothing and retro gift store Jinxed at the new Piazza at Schmidt’s and is dedicated to showcasing works by new and established underground artists. The Toothless Cat also shows strong support for local talents, including painter Monique Ligions, through exhibitions that are thematically dark and eccentric. Alongside exhibitions, the gallery holds popular opening nights and events such as the Jinxed/Toothless Cat First Friday. Visitors to the gallery can also get a speak-peak of the artists at work in the adjoining studio.
Open In Google Maps
Philadelphia, Pennsylvania, USA
Give us feedback

School
Facebook
Email
Twitter
Pinterest
Copy link
Share
Map View
An internationally recognized venue for contemporary ceramics, The Clay Studio is at once a community-oriented education center, ceramics studio and exhibition space. Ever since its launch in 1974, its mission has been to promote ceramic arts and make Clay an accessible, tactile medium for the wider community. In 1979, The Clay Studio became an official non-profit educational institution and has since taken a leading role in the revitalization of Philadelphia’s Old City gallery district. The Clay Studio is distinguished by its diverse educational and exhibition program and has, over the years, become a focal point for ceramic arts. Mounting several major international exhibitions such as British Studio Ceramics (2001), Chinese Ceramics Today (2003) and From the North: Canadian Ceramics (2006), The Clay Studio has maintained a strong commitment to its local community through collaborations with regional cultural institutions, artists, school and community centers.
Open In Google Maps
139 North 2nd Street, Center City East, Philadelphia, Pennsylvania, 19106, USA
+12159253453
Visit Website
Give us feedback
Give us feedback