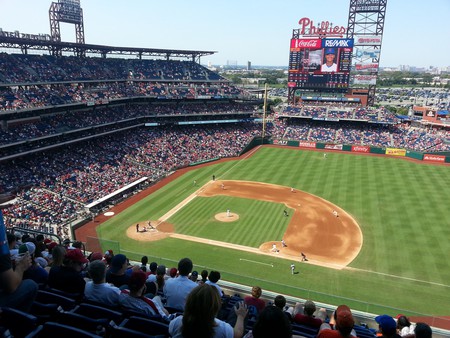 Philadelphia Phillies fans no longer have to wait in concession lines to order beer. With the ease of a text message, baseball fans can order and receive beverages from their seats without missing any of the action.

Fans in designated sections throughout Citizens Bank Park in Philadelphia will be able to order beverages via Apple Business Chat and iMessage without ever having to leave their seats.

The new pilot program between the Phillies and Aramark, the food and beverage provider for eight Major League Baseball ballparks, began on July 20 and will be tested during 10 games from July 20-25 and Aug 2-5. Fans sitting in sections 142-145 will be able to purchase beer and water from the comfort of their seats.

There’s no need to download an app or handle cash as the transaction will be billed to your credit card via Apple Pay.

“As fans’ expectations and behaviors change, Aramark continues to be on the forefront of introducing innovative, fan-friendly offerings to help transform the ballpark dining experience,” Carl Mittleman, president of Aramark’s sports and entertainment division, said in a release. “Utilizing Apple Business Chat as an ordering option is a logical next step. By doing so, we’re able to integrate an easily accessible digital technology that enables fans to seamlessly order from their mobile devices while continuing to watch the game or socialize with friends.” 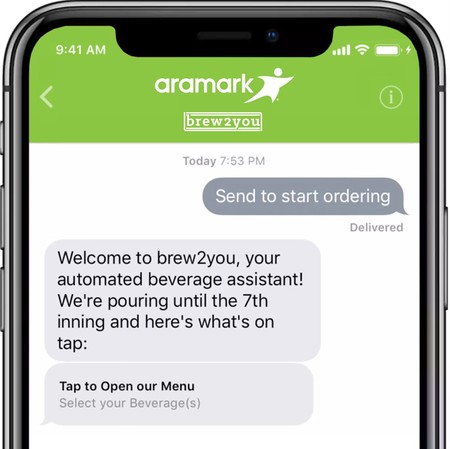 Ordering is a simple five-step process:

— Scan the QR code on the seat back

— Follow the prompts on the Messages text screen to place order

— Enjoy the game while order is delivered to seat location

According to the release, Aramark is the first sports concessionaire to pilot this mobile ordering service using Apple Business Chat.

“With this new pilot program, food ordering and delivery is as easy as a text message, and we are excited to be the first sports facility in the country to try out this new technology,” said David Buck, Phillies executive vice-president.