What to Do on a Layover in Pittsburgh, Pennsylvania 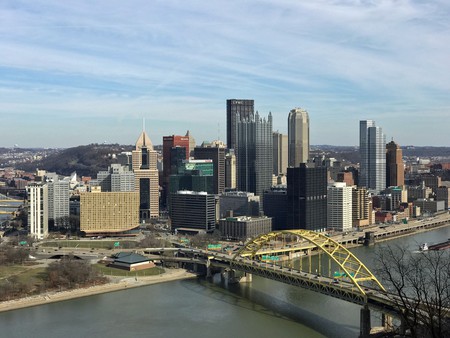 Flying through Pittsburgh? Consider yourself lucky. A layover in the Steel City provides a wide variety of options for travelers of all ages. Art, history, and great food are all on the agenda while you’re waiting for your next flight. Here are some suggestions.

Pittsburgh International Airport is not just a place to wait for a flight. It’s a destination, even for visitors who aren’t flying. Pittsburgh International recently became the first airport in the country to allow public access to its shops and restaurants—beyond the security checkpoint—without requiring an airline ticket. So, if you have three hours before your next flight, stay put. There’s plenty here to keep you entertained.

Grab an “Art in the Airport” brochure at the information desk, and then take a walking tour of the artwork in the terminal. There are displays from the Andy Warhol Museum in Concourses C and D, a scale model and exhibit dedicated to Frank Lloyd Wright’s Fallingwater in Baggage Claim, and much more. 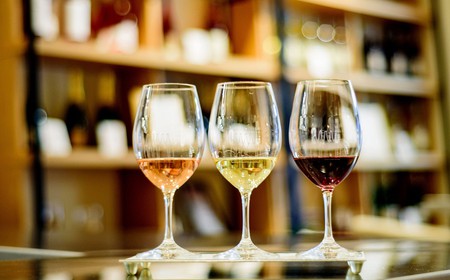 Pittsburgh International is well known for its eating and drinking establishments, too, complete with authentic American, Mediterranean, Mexican, and Italian cuisine, and much more. Sample dozens of martinis and classic cocktails—or maybe a wine flight is in order. Check out some Pittsburgh specialties at the Strip Market. There’s something for everyone. There’s also a great selection of clothing, jewelry, and gifts.

If you’re traveling with children, don’t miss Kidsport in Concourse C. There are interactive exhibits from the Children’s Museum of Pittsburgh and a private nursing lounge, too.

Throughout the airport, travelers will also find exhibits from the Carnegie Museums of Pittsburgh, Carnegie Mellon University, and more, all of which highlight some of the tech-forward research and programming currently underway in the Pittsburgh region.

Pittsburgh International Airport is about 19 miles (30.5 kilometers) northwest of downtown Pittsburgh. The amount of time it takes to get from the airport to the city varies depending on the day, and the time of day, but you can usually count on roughly 30 minutes.

For a must-see view of this picturesque city, head to the Duquesne Incline’s Lower Station. It opened in 1877 and is one of the few remaining inclines in the country. Park at the Lower Station, and then take a ride on a century-old cable car up Mount Washington to the Upper Station, where you will find a museum of Pittsburgh history, with loads of information about inclines from around the world. You can also pick up some unique souvenirs, maps, and photos in the gift shop. 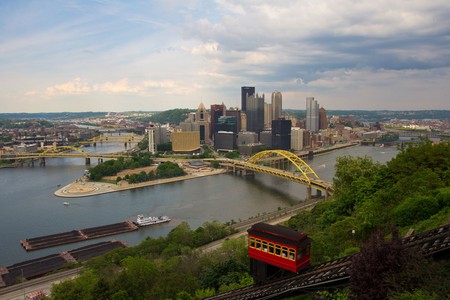 Before returning to the parking lot below, take a walk along Grandview Avenue in either direction for more breathtaking views of the city and surrounding region.

If you want to grab a bite to eat, Station Square’s many shops and eateries are only a half-mile away along West Station Square Drive.

For a rare treat that features more than 500 birds and over 150 unique species from around the world, visit The National Aviary, the nation’s premier bird zoo. The Aviary, which is located on the North Side of Pittsburgh, is the only independent, indoor, nonprofit aviary in the United States.

If you’re a fan of The Tonight Show Starring Jimmy Fallon, you’ve probably seen the Aviary represented alongside Robert Irwin from the Australia Zoo. 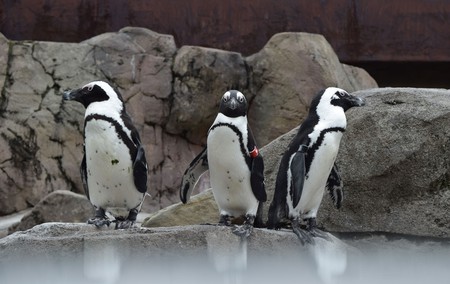 Penguins at the National Aviary in Pittsburgh, PA | © David Kindervater

There are birds here from every continent except Antarctica. Many are showcased in free-flight, mixed-species exhibits. That means you can get up close and personal with an incredible number of them—from crows, flamingos, and condors to bald eagles, pelicans, owls, hawks, doves, parrots, toucans, and vultures. And that’s only naming some of the more well-known species.

General admission will allow you to see everything, including daily feedings, but if you really want to mix and mingle, consider an interactive encounter. Touch and feed a baby sloth or armadillo. Get up close with an African penguin or touch a fluffy penguin chick, all the while learning about their personal history and development.

Enjoy soup, salad, or a sandwich at Atria’s Kookaburra Kitchen, and don’t forget to take home a souvenir from the gift shop on your way out.

With a full 12 hours at your disposal, head to the Oakland neighborhood east of Pittsburgh for an unforgettable, multi-cultural experience. Uber is always a great option to get there, or drive yourself and use the museum’s parking lot, accessible from the intersection of Forbes Avenue and South Craig Street. Choose from several or all of the following, depending on how much time you want to spend at each location.

At the Carnegie Museum of Art, peruse a massive collection of more than 30,000 works of art, architecture, photography, and design from the 19th century to today.

In the same building, at the Carnegie Museum of Natural History, feed your passion for science, nature, and world cultures. You’ll be inspired by the many artifacts, objects, and scientific specimens. The museum is one of the finest natural history museums in the U.S. 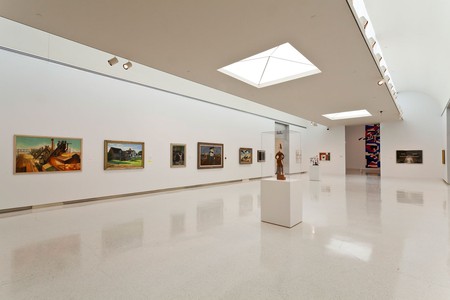 The 42-story Cathedral of Learning is the centerpiece of the University of Pittsburgh. It’s the second-tallest university building in the world, and it’s listed on the U.S. National Register of Historic Places. Wander around at your leisure (you’ll think you’re in Hogwarts), but be sure to check out some of the Nationality Rooms. There are 30 of them, ranging from African Heritage to Yugoslav. Stop by the information desk to see what’s available for viewing that day. 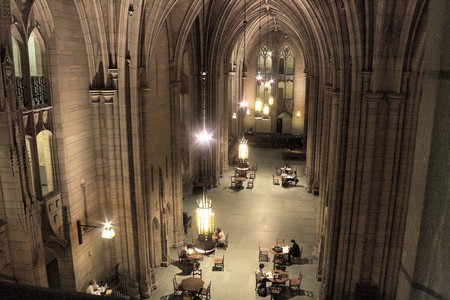 The neo-Gothic, non-denominational Heinz Memorial Chapel stands directly across from the Cathedral of Learning. It’s an impressive sight to see with its high ceilings and majestic stained-glass windows. Chapel docents are available to give individual and small group tours without a reservation. Admission is free, but donations are always welcome. 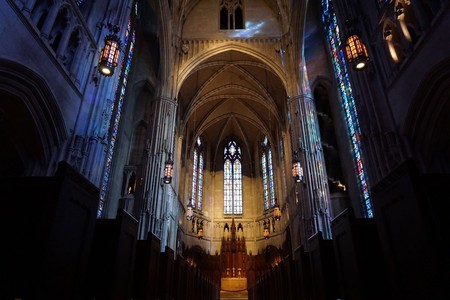 Heinz Memorial Chapel | Photo by David Kindervater
Give us feedback