Why There Are Hundreds of Protractors All Over Pittsburgh, PA 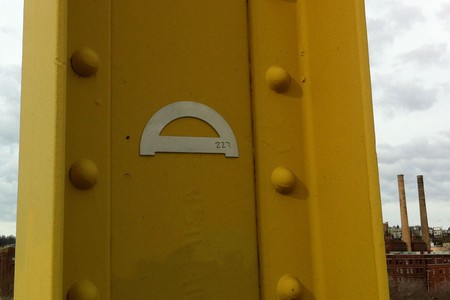 Pittsburgh is known for its art—artists, galleries, and museums. And like many large cities, it has more than its fair share of graffiti. But protractors? What gives? There are hundreds of these little measuring instruments in varying colors, randomly placed around the city. Here’s the perplexing story behind Pittsburgh’s protractors.

A trip around Pittsburgh’s many neighborhoods—from the North Side to the Strip District to Lower Lawrenceville, Oakland, Highland Park, or Bloomfield, and beyond—will undoubtedly uncover one common element. If you’re paying close attention, that is. 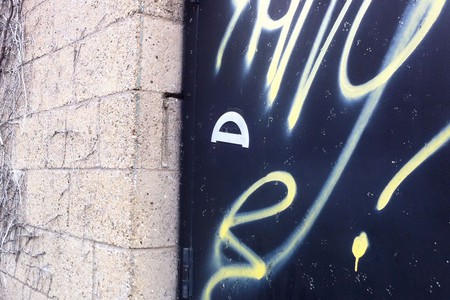 That’s right; there are hundreds of little, plastic protractors everywhere—the kind any high school geometry student might use in class. Some are in plain sight, while others are kind of hiding, waiting for passersby to discover them. They’re glued to mailboxes, bridges, benches, fences, light poles, garbage bins, dumpsters, stairwells, road signs, guard rails, and more. 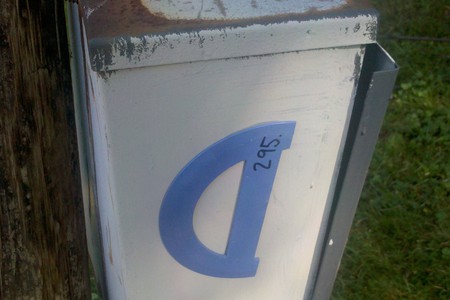 South Side, Pittsburgh | Courtesy of Eric Lidji, The Ongoing History of Pittsburgh

They come in a variety of colors—red, white, blue, green, orange, purple, and yellow—and a number is written, on most of them anyway, in the lower right corner. Some are broken. Some are faded. Some have been painted over. And there are a few locations where it’s obvious a protractor had once resided. Some legwork shows that a number of them have been removed. 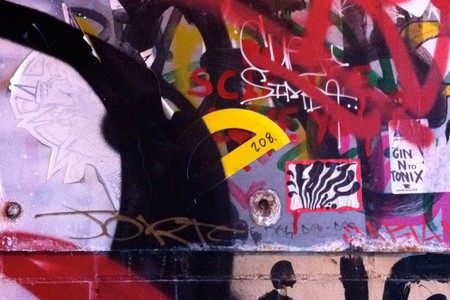 At first glance, the protractors appear to be an outline of one of Pittsburgh’s many arch bridges. That’s one theory as to why they’re “decorating” the city. And maybe that was the original intention, to pay tribute to the City of Bridges with hundreds of little bridges, placed anywhere and everywhere around town.

The thing is, nobody really seems to know why these protractors are all over the place. 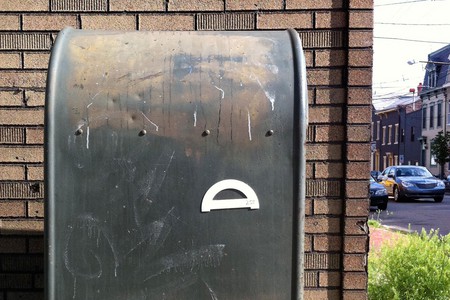 North Side, Pittsburgh | Courtesy of Eric Lidji, The Ongoing History of Pittsburgh

There’s a Google map—the Pittsburgh Protractor Map—that details the precise location of many of the protractors. Developed by Pittsburgh writer Eric Lidji, the map was compiled between May 2011 and November 2013 and includes the location as well as a photo of each protractor, with the understanding that sometimes protractors disappear as fast as they appear. It’s not entirely comprehensive nor 100% accurate.

Nevertheless, anyone would agree—it’s a lot of protractors on display in one city. 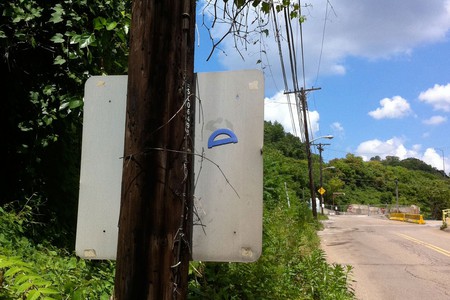 Lidji, a Pittsburgh native, began noticing them when he moved to the Bloomfield-Friendship area in late 2010. He made the discoveries while exploring his new neighborhood. Others did, too, but nobody knew what they meant.

“The three data points—location, color, and number—suggested some deeper significance,” he said. “I thought the meaning would be revealed if I plotted them on a map.”

So, he set out to do just that. His assumption, however, turned out to be wrong. The act of finding and recording each location, on the other hand, became its own reward for Lidji. 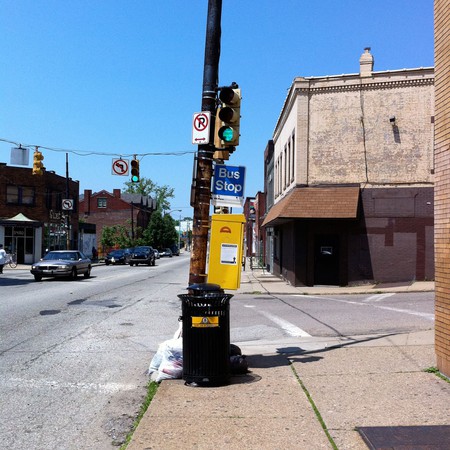 He continued: “This is pure speculation, but my hunch is that someone acquired a big stash of protractors and had the idea of gluing them onto things. The numbers and the colors are the brilliant addition, though, because they make it feel like a scavenger hunt. The purpose of the whole endeavor, for me, was to explore the city and [find] interesting things.” 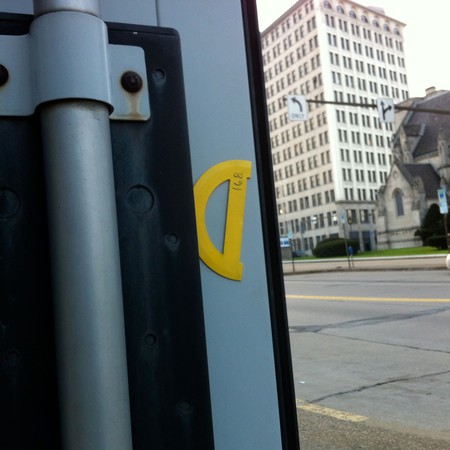 Mathematicians from the 13th century would be proud—local authorities, not so much.

According to Pittsburgh’s Code of Ordinances, sticking a piece of plastic, like a protractor, on public or private property is considered graffiti. And that comes with a punishment. It’s deemed a public nuisance by the City Council, and the fines can range from $250 up to $1,400 (or higher), depending upon how much property damage there is.

If caught, the protractor perpetrator (or perpetrators) would likely be guilty of a summary offense, a misdemeanor, or a felony—again, depending on the level of damage.

For now, Pittsburgh’s protractors remain an intriguing mystery to residents and visitors alike—rather than a calculated crime spree that needs to be investigated.