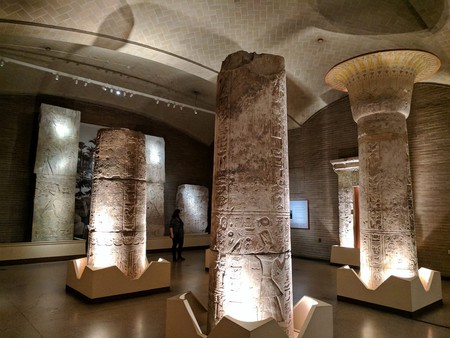 Philadelphia has plenty of incredible art museums, including the Philadelphia Museum of Art and the Barnes Foundation, but many people may not know that one museum is home to an incredible collection of Egyptian artifacts. Here’s where you can see one of the largest Egyptian galleries in the United States.

The University of Pennsylvania Museum of Archaeology and Anthropology, known colloquially as the Penn Museum, is not an art museum, but a museum dedicated to anthropology and archaeology from throughout the world, located on the University of Pennsylvania’s campus in a neighborhood known as University City. William Pepper, who founded the museum during his tenure as Provost of the University, convinced the trustees to create a fireproof building to house artifacts for a then upcoming exhibition focusing on Nippur, an ancient site that is now located in modern-day Iraq, but was previously a part of the Ottoman Empire. In that capacity, the museum was officially founded in 1887.

At that time, it was a common practice for museums to “sponsor” excavations, which meant that when they exhibited their findings, they shared credit with the host countries, and the Penn Museum decided to follow that model. As a result, they now have one of the most extensive archaeological and anthropological collections in the country, which gives their artifacts and objects value when it comes to research, presentation, and authenticity. 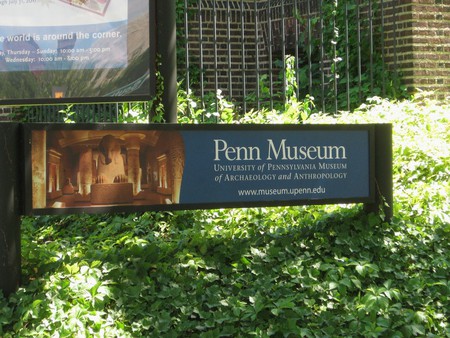 Though the museum is home to artifacts from all over the world and its three floors houses wings focusing on China, South America, Africa, Iran, Iraq, Mesoamerica, and North America, its Egyptian collection is its crown jewel. Among its extensive collection of mummies, reliefs, and statuaries, its most notable object is a 13-ton granite sphinx of Ramesses II, which dates all the way back to 1200 B.C. and was excavated from the palace of the Pharaoah Merenptah, which was discovered in 1915. The museum is also home to 3 missing pieces of the Insigner Papyrus.

If you’re visiting Philadelphia and want to check out something different, a stop by the Penn Museum is a fascinating insight into archaeological artifacts from throughout the world.