Following in the Footsteps of Rocky in Philadelphia 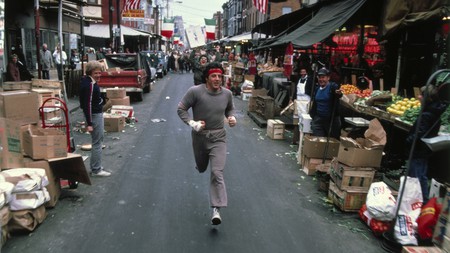 When Sylvester Stallone’s hard-hitting heavyweight boxing champion Rocky first scaled the steps outside the Philadelphia Museum of Art as part of his fictional training regime, film fans around the world were witnessing a cinematic sequence that would forever change the City of Brotherly Love.

The legacy of Rocky Balboa

Born in New York City, Sylvester Stallone went on to study at Lincoln High School in Philadelphia. The city clearly made a big impact on the actor, who set his Oscar-winning boxing drama Rocky (1976) here. The movie is still regarded as one of the greatest sports movies ever made.

Stallone portrays the titular Rocky Balboa, a journeyman boxer from the Philly slums who is given a shot at the heavyweight title when the champion rolls into town. 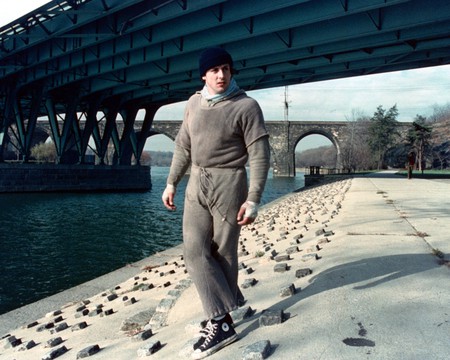 Rocky is pure entertainment, with an undeniably infectious, feel-good tone throughout, and the euphoric highlight for many comes when Rocky hurtles up the steps outside the Museum of Art in the Fairmount neighborhood of Philadelphia accompanied by the unforgettable refrain from the soundtrack.

It’s a scene many filmmakers have copied since – not least Stallone himself, with a shameless rework featuring hundreds of young extras in the sequel Rocky II (1979). An even greater number of eager tourists and movie lovers head to Philadelphia every year to attempt the feat themselves. The Rocky Steps, as the 72 steps of stone have become known in subsequent years, are one of the most popular tourist sites in the city today. 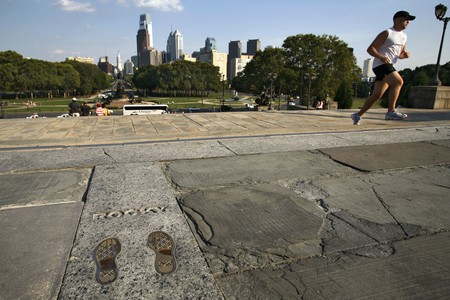 In Rocky III (1982) the city of Philadelphia honored Rocky with a statue, which sat on top of the steps and is described as “a thing of beauty” by grizzled trainer Michael ‘Mickey’ Goldmill (Burgess Meredith). In a case of life copying art, Stallone would then donate the bronze statue to the city of Philadelphia… but that’s when the trouble began.

A controversy made of bronze

Although the film series, which includes several sequels and spin-offs focussing on the son of Stallone’s boxing rival, Creed, are beloved in the city, the statue itself has divided Philadelphians. A work by sculptor A Thomas Schomberg, the statue features a likeness of Stallone as Rocky, arms aloft in a pose made famous in the movies. Fans have flocked to see it and take photos wherever they can, but the art community argued that the statue lacked dignity and was nothing more than a glorified movie prop. 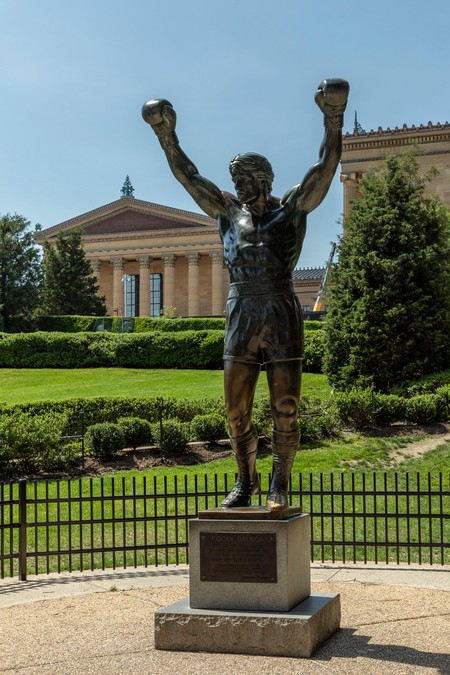 Rocky (the statue) was moved to a sports complex in South Philadelphia after the city accepted the gift from Stallone. Controversy arose again in 1990, when Rocky V required the statue to be moved back to the top of the steps. At that point many locals and visitors to the city wanted the statue to remain where it was, but officials decided to relocate Rocky to the Spectrum Arena (now the Wells Fargo Center).

In 2006, a new home was found for the statue when it was moved to a purpose-built outdoor space adjacent to the famous steps. It might not be where you remember the statue being in the movies, but for those making the pilgrimage to run the steps and copy their film hero, it all makes a little more sense now.

The Rocky roads of Philadelphia

The steps and statue are the most famous locations, but Rocky visits many other landmarks across Philadelphia in the movies.

The training montages that have become part of the long-lasting appeal of the movies see Rocky running across town to prepare for his bouts in the ring. In Rocky and Rocky II, Stallone starts his morning jog at the Italian Market along Ninth Street. The route, full of butchers and cheese vendors, has changed very little since the first time Rocky pounded the streets in 1976. 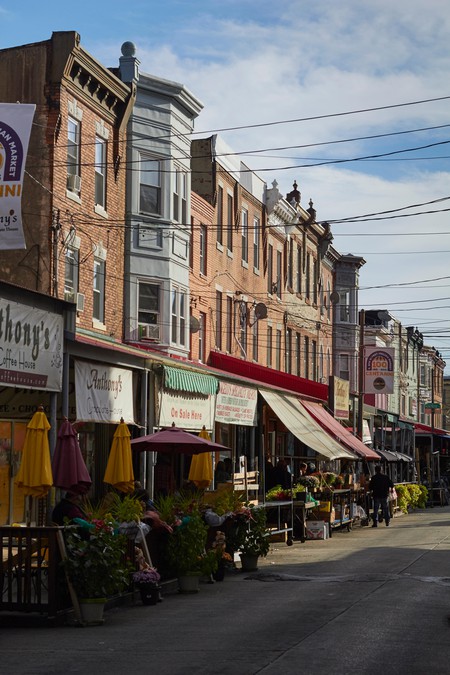 The route leads to another unmissable experience for visitors. Just as Rocky had a rivalry with Apollo Creed, so the Cheesesteak Wars have seen two restaurants face off against each other to claim the title of the best cheesesteak in Philadelphia. Geno’s Steaks is on one side at the junction of South Ninth Street and East Passyunk Avenue, with Rocky’s favorite, Pat’s King of Steaks, on the other. 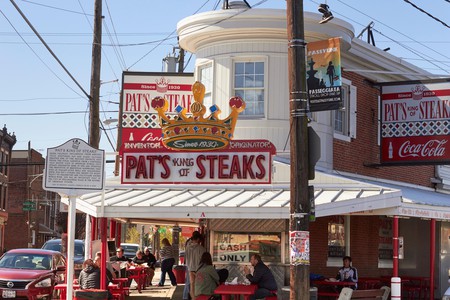 The site of another famous battle in Philadelphia, Pat’s King of Steaks restaurant stands opposite a rival establishment, Geno’s Steaks, with both claiming to make the best Philly cheesesteak | © Yarvin Pennsylvania Journeys / Alamy Stock Photo

Runners keen on re-creating the famous training run themselves can take part in one of the two Rocky Runs that are held in Philadelphia annually. One offers a big cash prize, while the other follows the route that Rocky takes more closely, including a section around the famous Independence Hall, where you can also catch a glimpse of the Liberty Bell.