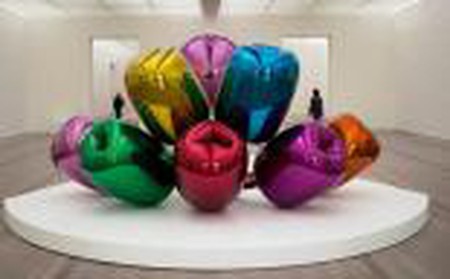 American artist Jeff Koons is famous for his ‘pop’ sculptures and his provocative and often explicit images. Louisa Hudson takes us on a tour of some of his works, which have been displayed throughout the world and often go for record breaking prices at art auctions. 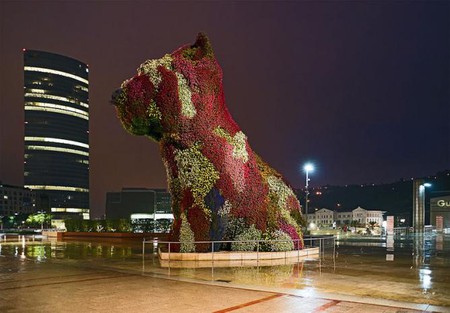 The major themes of Koons’ artworks are sex and the objectification of modern icons. They are also subtly biographical, inspired by his relationship with his own large family. One of these sculptures is the ‘Balloon Swan’, from the collection of larger than life balloon animals called the ’Celebration’ series. This stainless steel, 3.5 metre tall sculpture, which was first exhibited at the Beyeler Foundation, Basel in 2012, is flawless and voluptuous, boastfully displaying its bright magenta, futuristic shine and sexual connotations. 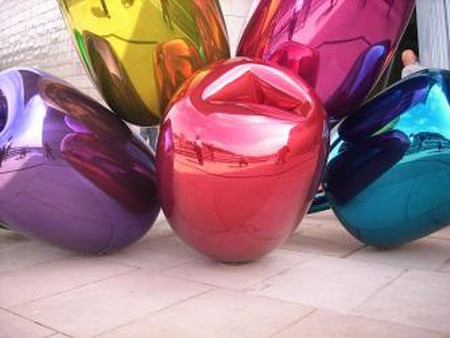 In addition to this, Koons has produced an ‘Antiquity’ series – similar in style to the balloon animals, except for the subject matter being a female nude. Equally provocative, with their smooth curves and full figures, the statues are reminiscent of the goddess Venus. There is one magenta nude who appears pregnant, perhaps a symbol of fertility, and another in turquoise that is less of a caricature, yet also symbolises womanhood and its complicated relationship to beauty.

The Liebieghaus in Frankfurt, Germany has exhibited some of the more recent works of Koons. These pieces feature renditions of The Hulk and Popeye the Sailor, which are created out of bronze and have been laboriously painted to give the illusion that they are inflatable plastic toys. Most of these art pieces refer to the elitism of wealth, sex and art; from Venus, the ancient goddess of love, to the modern icon of The Hulk and the stereotype of male strength and power. 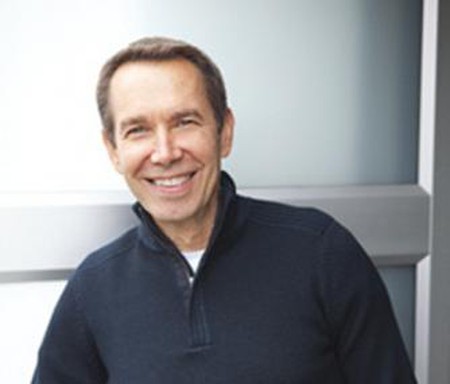 Koons was born in York, Pennsylvannia in 1955. He studied in Maryland and Chicago but currently lives and works in New York City. He is most famous for his public sculptures, which he attempts to make available to the widest audience possible, and has exhibited all over the world in major cities such as Venice, Tokyo, London and Amsterdam. He is one of the USA’s most famous artists and has been recognized as such, receiving the John Singleton Copley Award from the Royal Academy of Arts and The Governor’s Awards for the Arts. Koons was also named Officier de la Légion d’Honneur by then French President Jacques Chirac. The majority of his art explores the contemporary exploitations of media culture and sexual fetishism, as well as how consumer culture deifies inane and superficial objects. In his attempt to further explore the consumer lifestyle, Koons has been extremely successful in using the space around his art to influence its meaning. At his 2008 retrospective at the Palais de Versaille – one of his most publicised exhibitions – he juxtaposed with gusto the luxurious surroundings with pieces evoking the detritus of popular culture.

While creating his art, Koons does not limit himself to one medium or an exclusive technique. Not only has he used photography, painting and sculpture, but his materials range from porcelain to stainless steel. Artists such as Marcel Duchamp and Andy Warhol, who similarly interrogate both consumerism and mass production, have greatly inspired Koon’s multidisciplinary methods. The artist is known for his ability to take mundane objects, such as vacuum cleaners or a childhood toy, and give them a fantastic twist. By rebranding these modern artefacts of popular culture as artworks, he ultimately questions and challenges the value we place on ‘Art’.

A video of Jeff Koons 2012 exhibition at the Beyeler Foundation in Basel, Switzerland: