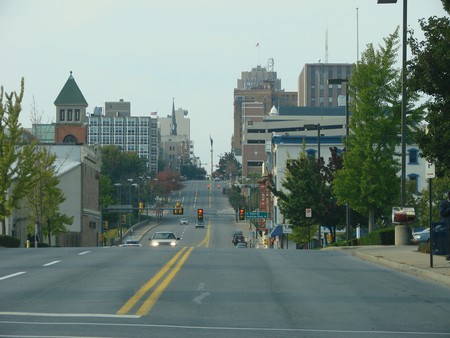 The third city of Pennsylvania after Philadelphia and Pittsburgh, Allentown was made famous through Billy Joel’s catchy lyrics. The city has the fastest growing population in the state, accompanied by a parallel expansions of its dining scene. Including a new variety of international cuisines and foods as well as more traditional food joints, Allentown offers many inviting options for a meal out. Here are 10 of the best. 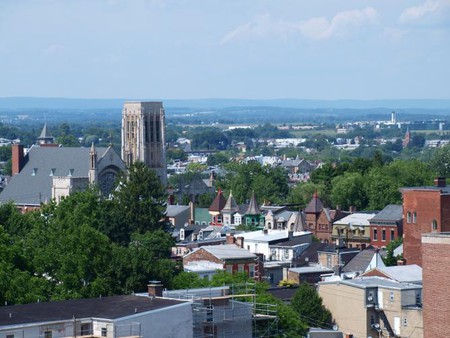 Bar, Cocktail Bar, Restaurant, American, French, Mediterranean, $$$
Facebook
Email
Twitter
Pinterest
Copy link
Share
The winner of many awards since its opening in 2001, Grille 3501 has its status recognised as one of the best restaurants in the Lehigh Valley. Located on 3501 Broadway, this upscale restaurant boasts a fusion menu showcasing an eclectic mix of tastes in a combination of French, Mediterranean, and Asian cuisine. Complemented by a stylish cocktail bar with a copious list cocktails and martinis, Grille 3501 allows its guests to enjoy a sophisticated environment while savouring an appetizer of crab and mango spring rolls, a Thai lobster soup, or a juicy filet mignon.

Henry’s Salt of the Sea

Restaurant, Seafood, $$$
Facebook
Email
Twitter
Pinterest
Copy link
Share
Fresh seafood is Henry’s Salt of the Sea’s strong point, and a French inspiration gives it its flair. In a rustic ambience with an old port tavern feel, where the owner is proud to be wearing ‘an apron, not a tie’, a tiny kitchen serves plates of fresh fish and seafood in a variety of forms (fried, baked, broiled, sautée, on pasta) accompanied by delicious sauces and sides. Among the signature dishes that Henry’s Salt of the Sea delights in offering are the lobster francaise with capers, mushrooms and tomatoes, and the sautéed jumbo lump crabmeat served with brown butter. 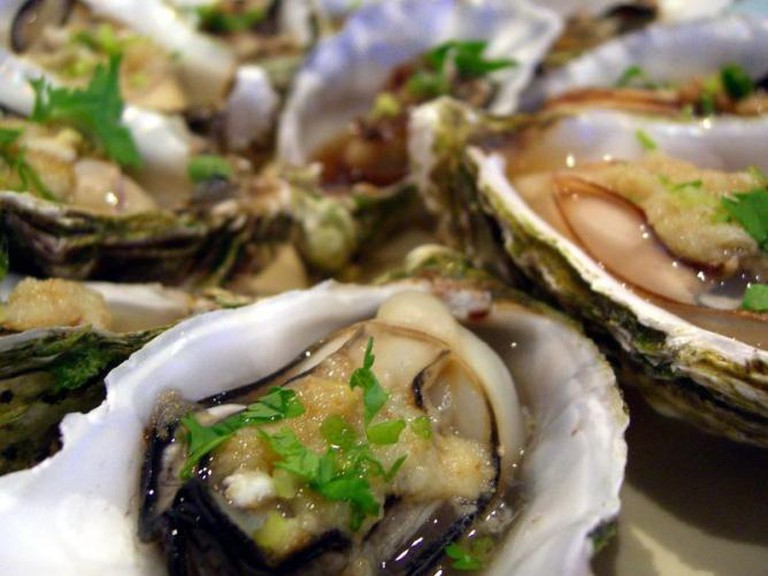 Youell’s Oyster House, Allentown | © Alpha/Flickr
With a long and convoluted history dating back to the 1800s, Youell’s Oyster House is one of the oldest restaurants in Allentwon. Allegedly running a speakeasy outside of town, the Rice brothers first opened the joint on Northampton street. Renamed in 1938 and with a solid reputation built during the following twenty years, Youell’s then passed from hand to hand, switching location, name, and fares over the decades, until the current owners re-established it as the legendary seafood restaurant it was in its golden days. With dishes many times voted as the best seafood in the Lehigh Valley, Youell’s specialises in crabmeat: the house specialty, its famous crab cakes, are a must-try.

Bar, Beer, Wine, Cocktails, Pub Grub, American
Facebook
Email
Twitter
Pinterest
Copy link
Share
While attracting crowds with over 20 different brews on draft and an assortment of micro, domestic, imported, and craft beers, the Strange Brew Tavern is also regarded as one of the best places for a meal in Allentown. A classic pub atmosphere imbues the tavern, while the menu is sprinkled with pub classics, alongside an impressive selection of sandwiches, soups, appetizers, entrées, salads, and burgers. Spicy IPA chicken, available as a main or in a sandwich, and a combination of tenderloin and lobster tail known as Surf & Turf, are a highlight.

Restaurant, Syrian, Fast Food, Vegetarian, $$$
Facebook
Email
Twitter
Pinterest
Copy link
Share
On moving to Pennsylvania, Jamil and Marie Jarrah, the owners of Damascus, brought the traditional flavours of Middle Eastern cuisine with them all the way from their Syrian village of Mishtayeh. For many years, they have been using the traditional recipes and cooking techniques of their home country to import the dishes in which their rich culinary culture originates. An ample choice of vegetarian and non vegetarian options is bound to tickle diners’ taste-buds at Damascus. Warm praises go to their kebabs, among which the chicken supreme, prepared with mushrooms, green peppers, and onions is a favourite. Top picks are also their appetizing stuffed grape leaves and babaghannouj.

Restaurant, Thai, $$$
Facebook
Email
Twitter
Pinterest
Copy link
Share
Thai food lovers in the Lehigh Valley will find the perfect destination at Thai Avenue. Black tables, chairs, and banquettes against a backdrop of terracotta walls provide an elegant and relaxing ambience, while the rich menu will stimulate guests’ taste buds and spoil them with choice. As glancing at the appetizers, browsing through the stir fry entrées, the curries, and noodle and rice dishes, and finally laying eyes on the chef’s specials, diners will be forgiven for taking a while to pick their food. From the tofu tod appetizer prepared with peanuts, to the spicy royale tom yum soup made with coconut milk, lemon grass, kaffir lime leaves, and cilantro, from the tuna panang avocado, to the nam prik pao with crispy chicken, the dishes one must try are numerous.

Minneapolis | The Best Cultural Restaurants and Eats in the Mill City

Austin | A Foodie Haven in the Heart of Texas