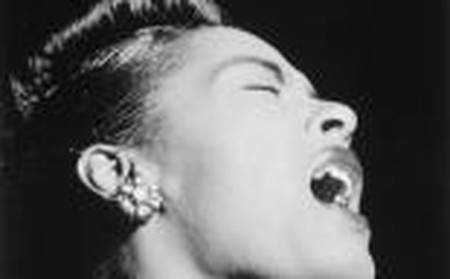 Billie Holiday was one of the most acclaimed jazz vocalists of all time. Although she lived a tough life, full of misfortune and heartbreak, Holiday transcended it with her short but brilliant career, leaving behind an unforgettable legacy through the extraordinary depth of feeling and classical blues found in her songs. 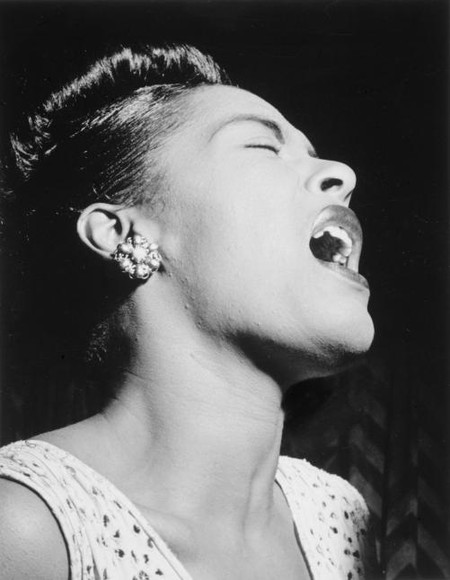 Billie Holiday’s story begins and ends in tragedy, but what she created because of her experiences captivated audiences around the world, and continues to do so. Many of these distressing accounts of her life are verified by what is exposed in her autobiography, Lady Sings the Blues. Her mother was 13 when she became pregnant with Holiday. Born in Philadelphia, Pennsylvania on April 7, 1915, Billie and her mother soon moved to a poor area of Baltimore, Maryland after being thrown out of her grandparent’s house. She grew up here during the 1920s and was raised primarily by her mother, lacking anything more than a tenuous connection to her father. Poverty forced Holiday to drop out of school and work in a brothel. At the young age of ten, she was reportedly raped and sent to a Catholic reform school where she was meant to stay until she was an adult.

Two years later, however, a relative helped her get out and she soon moved to New York where she assisted her mother at home. At the same time, she was recruited into a brothel and worked as a prostitute to earn extra money. It was the 1930s that saw her escape from these tawdry beginnings and start a musical career. She began by singing for tips in night clubs in Harlem, New York. In 1933 she first gained public recognition when John Hammond, the record producer and talent scout, discovered her singing at a bar and wrote an article about her in Melody Maker. Later that same year Hammond arranged for Holiday and Benny Goodman to sing Your Mother’s Son-in-Law, this was Holiday’s first debut and the beginning of her success. In 1935 she moved her way up in the bar scene, sang at the Apollo Theatre, featured in a film with Duke Ellington and gained confidence with her vocals by playing and recording some songs with Roy Eldridge, Johnny Hodges, Ben Webster and Chu Berry; these songs were popular with many record producers.

Without having received any formal or technical training, Holiday suddenly became a major part of ‘one of the most vibrant jazz scenes in the country’. It was also in the 1930’s that Holiday introduced Strange Fruit, an devastatingly emotional song about lynching. Columbia wouldn’t let her record this song because of the politically sensitive subject matter, so she recorded it with Commodore instead; eventually becoming a classic and prompting her to create more of these signature, expressive pieces. Throughout the 1930’s and 1940’s she recorded many songs with pianist Teddy Wilson, which are now important parts of the jazz canon. In the 1940’s Holiday became involved with her drug dealer Joe Guy and in the 1950’s, she experienced a downturn in her health due to the use of drugs, alcohol and her relationships with abusive men. She died in 1959, at the age of 44, with only $0.70 in her bank. While she was on her hospital bed she was arrested for possession, and her room had to be guarded by authorities.

Even though her voice was damaged by her prodigious drug and alcohol use and her range was considered small in comparison to other jazz singers of her day, Holiday’s songs were still influential for their emotionally stirring qualities. They are remembered for the way in which they embody the tragedy of her life story, her damaged voice giving expression to the ruinous trajectory of her own life. She is considered one of the most important artists of her day and will always be remembered for the simple beauty of her music, which ultimately transcends the misery of her life story.