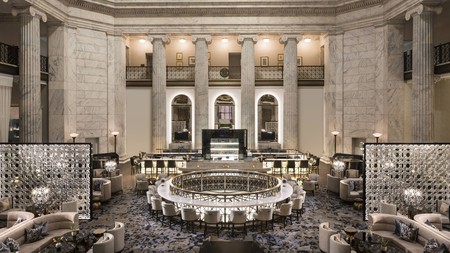 The key to much of the USA’s history, with some of its most beautiful architecture, Philly makes for a fascinating, arty and foodie city break. Lavish hotels occupy glamorous listed buildings and glossy, glassy skyscrapers, with a compact city centre meaning you’re usually a short walk to world-beating museums, galleries and restaurants. A demanding business and culture crowd means standards are high, so expect nothing less than the best. 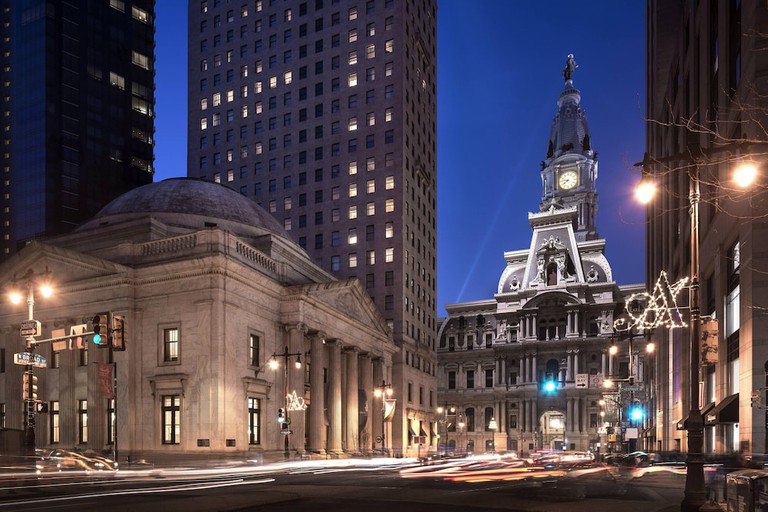 Courtesy of The Ritz-Carlton, Philadelphia / Expedia
View Rooms
High ceilings, grand Ionic columns and lashings of marble characterize this beyond-elegant hotel, set in an old neoclassical bank. Rooms echo the classic cream-and-gold hues you’ll see downstairs, with this city’s historic architecture seen from every window. For dinnertime, Aqimero makes the most of the building’s palatial features. Drop in for mouthwatering margaritas and shrimp tacos in its glitzy setting.
More info 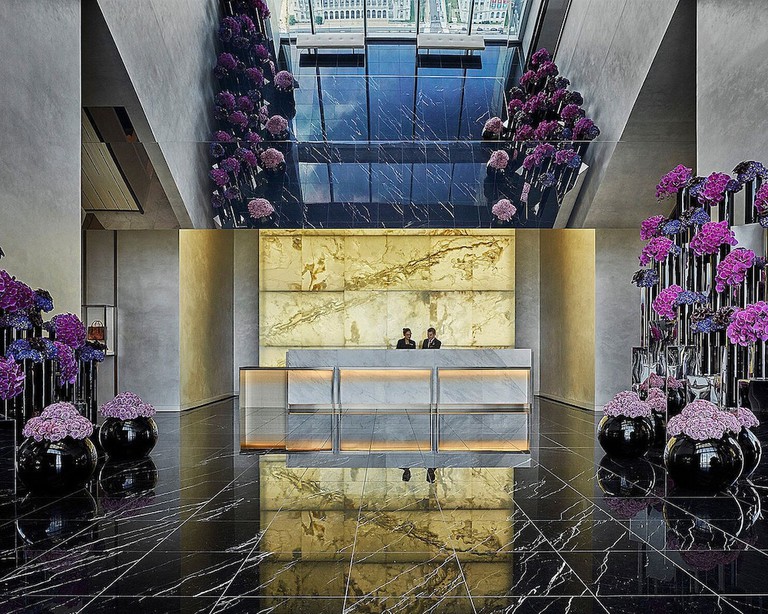 Courtesy of Four Seasons Philadelphia at Comcast Center / Expedia
View Rooms
Philadelphia’s tallest building, the Norman Foster-designed Comcast Center, huddles together like a deck of cards mid-shuffle. At its very top, bagging the killer views, is the Four Seasons, flooded with light and looking down on the tops of other skyscrapers. On the 57th floor is a curvaceously-designed spa, with its smooth-edged design echoed in rooms with standalone, egg-shaped baths and mid-century modern furniture in mushroom and taupe.
More info 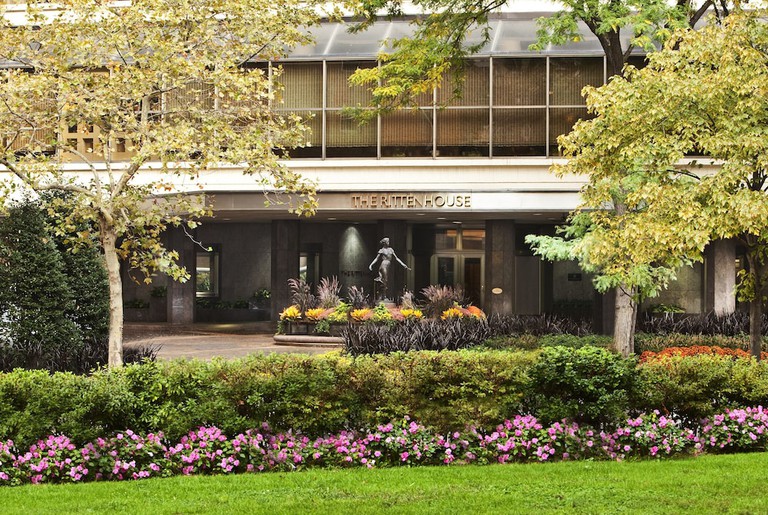 Courtesy of the Rittenhouse / Expedia
View Rooms
Set on (and named for) one of the leafy, historic squares for which Philadelphia is famous, this is a luxury hotel that emanates character. This is courtesy of its book-stacked lounge with a fireplace, an enchanting, greenery-filled courtyard and one of the best spas in the city. Bedrooms are given a glam sheen by glossy golden walls and upholstered bed frames, but it’s an old-school brand of luxury, rather than cutting-edge, design.
More info 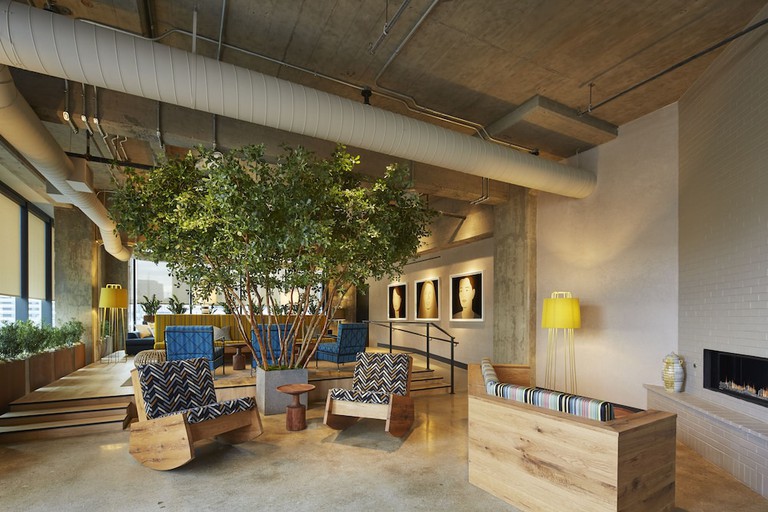 Courtesy of Fitler Club / Expedia
View Rooms
This member’s club-with-rooms has a smart, masculine hipster look, with framed black-and-white photography on the walls and bold geometric sheets on the beds. Alongside a relaxed location by the city’s Schuylkill River, its facilities are first-class: a fully kitted-out health club with a 75ft (23m) pool, a speakeasy-vibes bar and restaurant, and an alluring patio bar lit by smouldering fire pits. With just 14 rooms, the overnight crowd feels intimate and exclusive.
More info 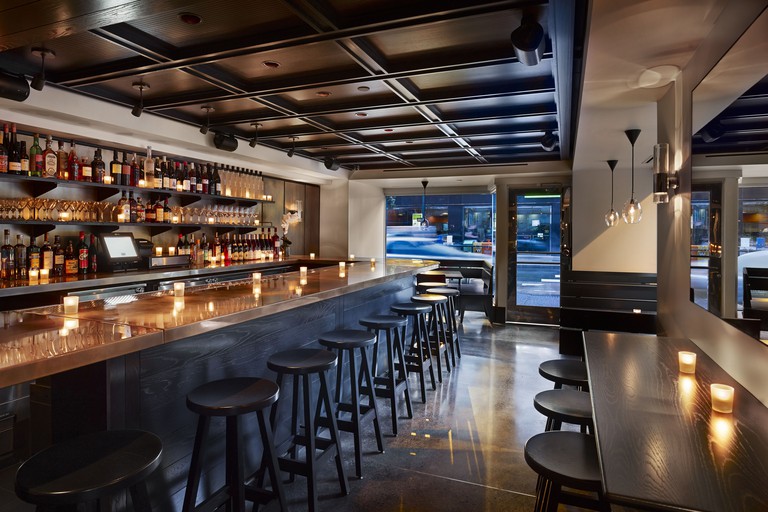 Courtesy of AKA Rittenhouse Square / Expedia
View Rooms
A set of polished serviced apartments in upmarket Rittenhouse Square, these rooms have the blinding whites and uncluttered walls of an art gallery, as well as nifty proximity to shopping avenue Walnut Street and swish restaurants, delis and bakeries. The vibe is less public, more discreet than a buzzy hotel community. However, in the building, you have access to a private cinema, top-spec gym and a concierge that can organise anything from food deliveries to a rental Tesla.
More info 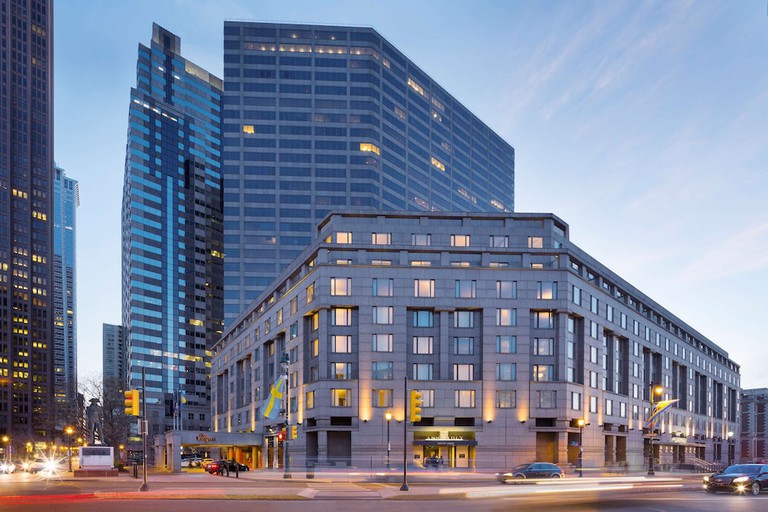 Courtesy of The Logan Philadelphia, Curio Collection by Hilton / Expedia
View Rooms
This approachable, modern stay has smart doubles and suites with crisp, white beds, color-pop cushions and Rorschach-esque inky art. At the top end, some of the more luxurious suites have pool tables, grand pianos or playrooms with bunk beds for kids. Location-wise, you’re a short walk from sightseeing spots such as the Philadelphia Museum of Art (with the ‘Rocky Steps’), the Rodin Museum and the 19th-century Reading Terminal Market.
More info 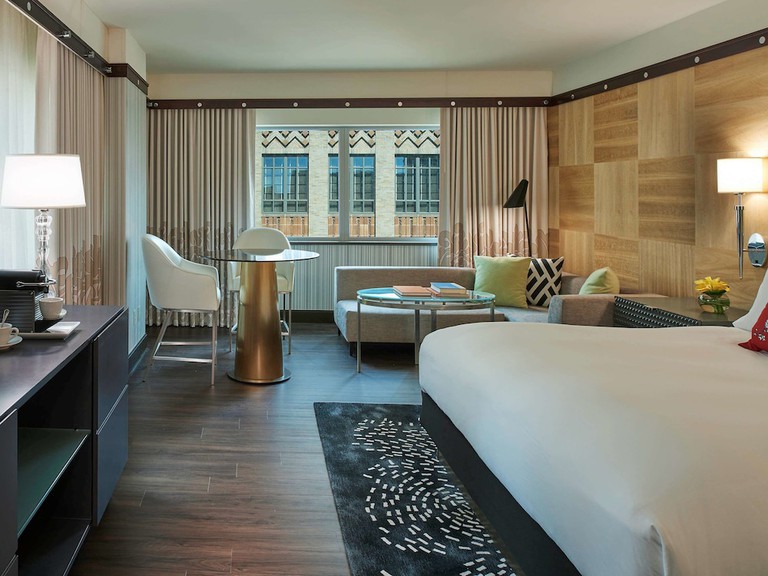 Courtesy of Sofitel Philadelphia / Expedia
View Rooms
This branch of the Sofitel chain is more about leisure than work – with simply-designed rooms brightened up by locally inspired art (paintings of Rodin’s sculptures, abstract maps) and a stylish, curvaceous lobby decked out with fresh flowers and candle-lit storm lanterns. Close to Philly’s designer boutiques and fine-dining establishments, this is the kind of smart, international hotel where everything runs like clockwork.
More info 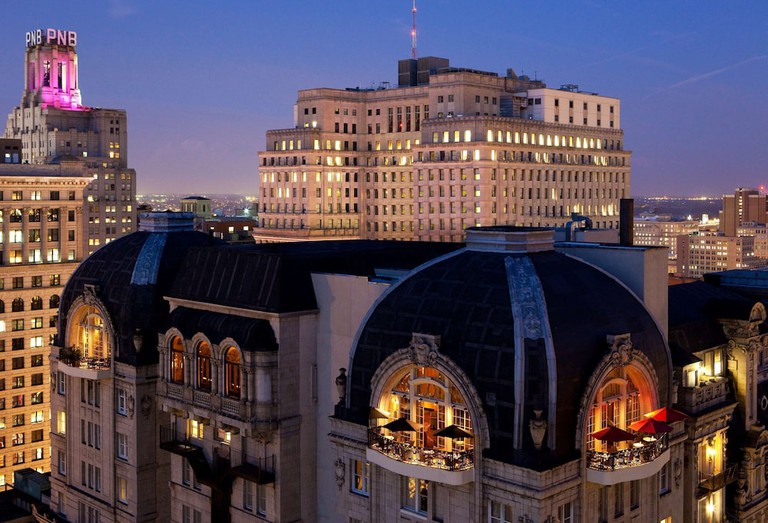 Courtesy of The Bellevue Hotel / Expedia
View Rooms
An elaborate Renaissance Revival building dating back to 1904, this wedding-magnet hotel has a Grand Ballroom, a Tiffany jewellery boutique and a 19th-floor restaurant presided over by a chandelier like a giant pearl necklace. Rooms aren’t super-high-concept but they are spacious and comfy, with plump upholstered headboards and snuggly throws. Book XIX restaurant’s decadent brunch for crab cake eggs benedict and champagne cocktails on tap.
More info
Give us feedback