Art, Creativity and Pop Culture: an Evening With Andy Warhol 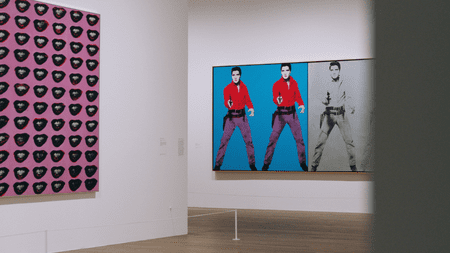 Deep dive into the world of Andy Warhol and Pop Art with these things to do at home. We promise creativity, tunes and a heady sugar rush.

Which artist, dead or alive, would you invite to a dinner party? If your answer is Andy Warhol, we’ve got the perfect evening for you. Get a sugar hit with a Warhol-inspired sherbet martini, create a Pop Art tasting menu, tour his work at Tate Modern’s virtual exhibition – or make your own masterpiece with a free class from the Andy Warhol Museum in Pittsburgh. Later, kick back to the mellow sounds of the Velvet Underground & Nico.

Warhol was a regular patron of the Upper East Side restaurant Serendipity 3, where he used to pay for his Frrrozen Hot Chocolates with drawings before he was famous. In lieu of a hot chocolate (the recipe is a secret), we’ve gone down a boozy route with an equally sugary Warhol-inspired sherbet martini created by Tate Modern.

Put half a pack of Dib Dab, one part each of vodka, Chambord and sugar syrup, two parts of cranberry juice and a dash each of lime juice and egg white in a cocktail shaker and shake well over ice. Use the rest of the Dib Dab to rim a chilled glass, pour the mixture in and garnish with a lollipop.

Warhol once said, “I wanted to do a ‘bad book,’ just the way I’d done ‘bad movies’ and ‘bad art’, because when you do something exactly wrong, you always turn up something.” So, if all that sugar in your drink seems wrong, you’re really heading in the right direction. 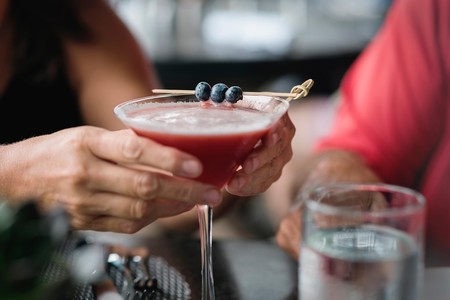 Our Warhol tasting menu is as popping as the artist’s work. First, grab a bowl of cornflakes. Warhol was known both for eating Kellogg’s Corn Flakes, and using the brand in his art. Wooden boxes with silk-screen-printed logos were a part of his Boxes exhibition at Stable Gallery in 1964, alongside his sculptures of Brillo pads and Heinz ketchup boxes.

Next, make yourself the classic comfort food combo of tomato soup and grilled cheese. Warhol’s portrayals of Campbell’s Soup cans are perhaps his most famous works, and were featured in his first-ever solo show. The artist said he grew up eating cans of tomato soup for lunch, which his mother always kept handy.

To wash all that food down, treat yourself to a Coca-Cola. Warhol’s body of work includes his silk-screen prints of Coke bottles, and he also once said, “You can be watching TV and see Coca-Cola, and you know that the president drinks Coca-Cola, Liz Taylor drinks Coca-Cola, and just think, you can drink Coca-Cola, too.” If that isn’t inspirational, we don’t know what is. 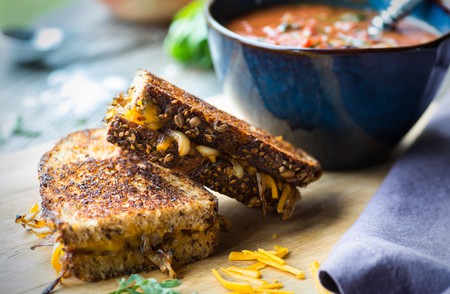 The Andy Warhol Museum, in the artist’s home town of Pittsburgh, is one of the world’s largest museums dedicated to a single artist. While its doors remain shut due to Covid-19, the museum has launched a digital content series called Warhol at Home to continue inspiring people through Warhol’s legacy.

Tune into a talk with art critic Blake Gopnik as he discusses his new biography, Warhol; or learn Warhol’s blotted line technique, a type of line drawing he used early on in his career. At his first job at Glamour, in the 1950s, the magazine’s art director Tina Fredericks said about Warhol, “It was absolutely true that he could draw anything and very, very quickly. And so, we used him a lot.”

Tate Modern’s Andy Warhol retrospective, the first in 20 years, opened shortly before London was locked down due to Covid-19. Missed it? Fear not.

In a seven-minute video, the curators of the show Gregor Muir and Fiontán Moran discuss the artist’s evolution. “We wanted to take him out of the hype,” says Muir in the video, “and start to look at Andy Warhol through the three lenses: the immigrant story, his queer identity and the idea of death and religion”. 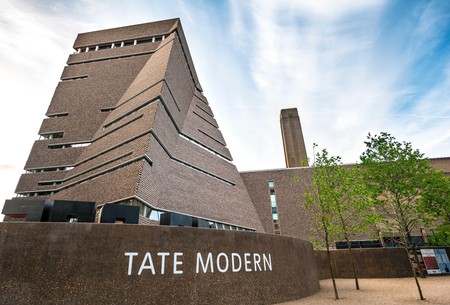 Listen to the Velvet Underground & Nico

Warhol managed alternative rock band the Velvet Underground for a hot second, and they would regularly play at his Factory studio in New York. He featured the band’s music in the Exploding Plastic Inevitable, a series of multimedia events he hosted between 1966 and 1967, and he produced their first album, The Velvet Underground & Nico, with his iconic print of a banana gracing the cover.

For more information on the Andy Warhol Museum, visit visitpittsburgh.com