A Hiker’s Guide to Erie, Pennsylvania 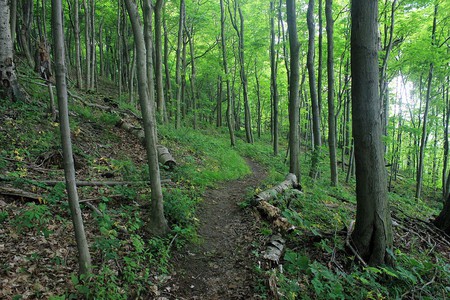 From the relatively flat trails throughout Presque Isle State Park to the more mountainous terrain overlooking Lake Erie, there’s something for everyone when hiking in Erie, Pennsylvania. Throw in the ever-changing weather, including the typically tumultuous lake-effect winters, and an adventure is waiting to happen. Here’s a hiker’s guide for Erie’s outdoor enthusiasts.

Where to hike in Erie

Erie is the fourth-largest city in Pennsylvania, attracting over four million visitors each year to its varied lakeside attractions. A scenic hike is just waiting to be had for those wanting to explore the city’s great outdoors on foot. Here are a few can’t-miss options to consider—from the most popular to the lesser traveled plus a hidden gem.

You can’t go hiking in Erie without testing the trails at popular Presque Isle State Park, the most-visited state park in Pennsylvania. There are over 3,000 acres to explore and a variety of options to consider before taking off. With 15 hiking trails throughout the park, the best advice is to grab a map and plan your journey based on the amount of time you have and what you want to see. 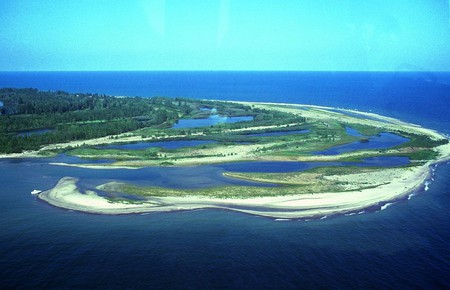 One of the more popular destinations is Gull Point. It only covers 3.2 miles (5.1 kilometers), but it’s a great option for all skill levels, and it offers a beautiful view of Lake Erie. There have been instances where the trail has been inaccessible due to high water, so be sure to check with the park office before heading there to hike.

A lengthier, more mainstream option is the Karl Boyes Trail, which loops around the entire park at 13.5 miles (21.7 km). The trail is paved—thus multipurpose—so expect to see runners, bikers, dog walkers, and inline skaters as well. During the winter months, it’s left partially unplowed so that those with snowshoes and cross-country skis can enjoy the season.

Presque Isle features 80 species of fish, more than 600 plant species, over 300 different birds, and nearly 50 kinds of mammals, just to categorize some of the local inhabitants. Before leaving the park, be sure to catch a sunset. Erie sunsets at Presque Isle State Park are among the best in the world.

If you’re more interested in taking the road less traveled, the 587-acre Erie Bluffs State Park (one of the newest state parks in Pennsylvania) offers stunning, elevated views of Lake Erie without all the traffic of the far more popular Presque Isle State Park. 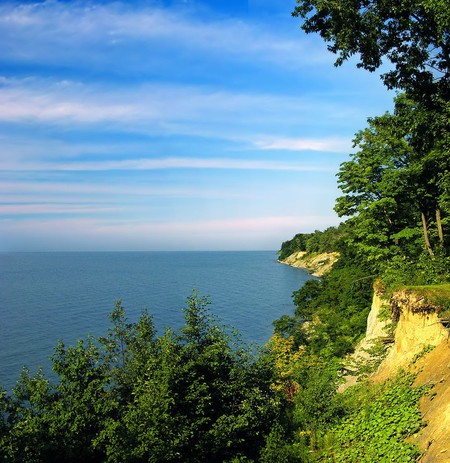 The park lies about 12 miles (19.3 km) west of Erie, where there’s a full mile of undeveloped shoreline with 90-foot (27.4-meter) bluffs overlooking the lake. There are just over five miles (eight km) of trails to explore, from former farming roads to open fields. The wooded paths lead to the best views of the lake. Here’s a list of the trails and what to expect from each.

During the winter, the hiking trails (and service roads) are perfect for cross-country skiing and snowshoeing.

Expect to see plenty of wildlife, including white-tailed deer, red and gray foxes, two bald eagles, and an enormous number of bank swallows—not to mention a world-class steelhead fishery (Elk Creek) and over 300 species of plants.

Asbury Woods entices thousands of visitors each year to its multi-use trail system. There are over 200 acres and 4.5 miles (7.2 km) of easy-to-difficult trails through scenic fields, forests, and streams. There are several popular trails, but the moderately difficult Greenway Trail is a hiking favorite. It runs a little over two miles (3.2 km), connecting Asbury Barn Community Park and Brown’s Farm. 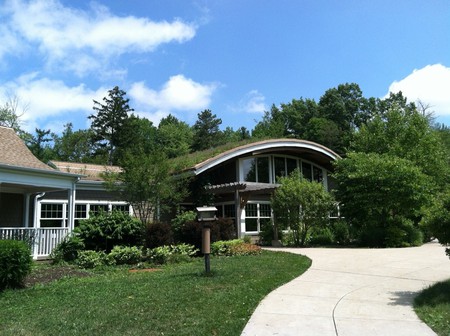 The trail guide is the best way to plan a proper hiking strategy.

During the winter months, snowshoe and cross-country ski rentals are available to use throughout the park, but there must be at least six inches of snow on the ground in order to rent. In Erie, that’s not usually a problem. Be sure to check with the rental location to see which trails welcome skiers.

The unique, 35-acre Headwaters Park is a hidden gem that locals would rather you not know about. It lies within Bundy Industrial Park near Interstate 90 and Route 8. The trails are 50-year-old logging roads, but they’re relatively wide and well maintained with short or long options that feature bridges, old-growth trees, meadows, lush wetlands, a stream, and lots of birds.

The park is also the home of the Erie County Conservation District, and there’s a 10,000-square-foot Natural Resource Center that provides educational opportunities for local teachers and students, as well as builders and developers.