A Brief History of the Reading Terminal Market in Philadelphia, PA 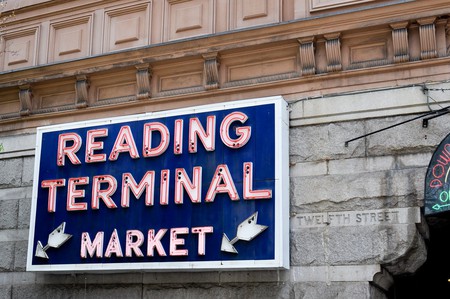 William Penn, the Quaker who founded the city of Philadelphia and established the commonwealth of Pennsylvania, was a proponent of public markets throughout the city as a way to organize merchants who gathered within its limits. Farmers, fishermen, and huntsmen finally had places to sell their wares, and thanks to their efforts, one of the main thoroughfares of the city was named Market Street, which still bears this name today. Two main markets eventually claimed a place at 12th and Market—the Franklin Market and the Farmers’ Market—both of which make up the modern Reading Terminal today.

The Reading Terminal Market has been around since 1893, and the “Terminal” part of the building’s name comes from the fact that the market, thanks to insistent vendors who refused to move, was created underneath the tracks of a terminal for the Philadelphia and Reading Railroad Company. The market itself gained notoriety for its free delivery service, which brought orders to local customers and even shipped to customers outside of the city. Thanks to state of the art refrigeration and freezer systems that were installed in the space, the market flourished with the the influx of customers coming in through the railroad – and during the Great Depression, the market stood strong despite the economic downturn, because of its local merchants. 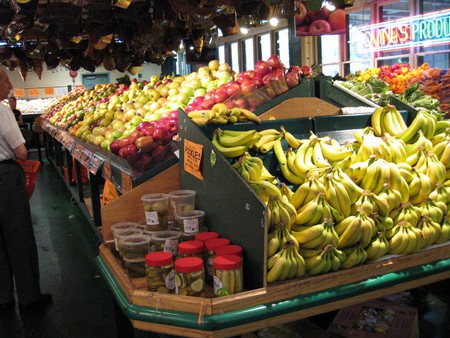 It was in the 1970s and 1980s that the Philadelphia and Reading Railroad Company shuttered, leading to a focus on the market, at which time the building ceased to be a railway terminal and became a market entirely. The market began to draw in Amish and Asian vendors and merchants, giving an ailing marketplace a new life in a modern era.

Celebrating its 125th anniversary in 2018, the Reading Terminal Market is home to some of the city’s most iconic eateries, such as DiNic’s Roast Pork, Bassett’s Ice Cream, and the Dutch Eating Place, as well as vendors selling fresh, local produce to Philadelphians and visitors alike, who have the opportunity to purchase some of the city’s best goods in one of its most historic spaces.