A Brief History of the Philadelphia Museum of Art 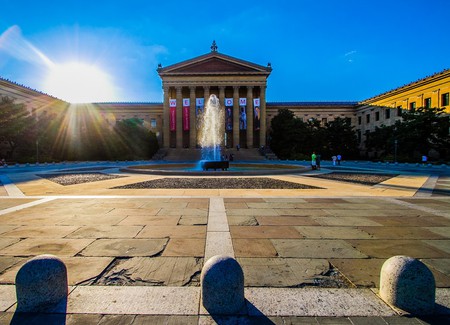 Philadelphia is home to plenty of great art, culture, and history, and no one structure brings those three things together like the Philadelphia Museum of Art. Here’s a brief history of this amazing museum and its vast collection.

The building & its history

The Philadelphia Museum of Art, established in 1876 as part of the city’s Centennial Exposition, lies in the Fairmount neighborhood and stands as a bookend to the city’s grand Benjamin Franklin Parkway, a major thoroughfare modeled after Paris’ Champs Élysées. Comprised of three buildings—the Rodin Museum, which sits on a different part of the Benjamin Franklin Parkway, and the Perelman Building, which is just north of the main building, and the central museum itself—it holds over 240,000 artifacts, objects, and works of art, including everything from sculpture and paintings to armor, decorative arts, and entire rooms meant to evoke other times, civilizations, and parts of the world. With its large space and high visitor count, the museum is among the largest and most visited museums on Earth. 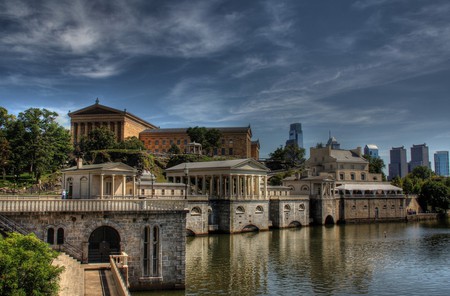 Originally conceived as a part of the 1876 Centennial Exposition, which was also the first World’s Fair in the U.S., what we know as the Philadelphia Museum of Art today was once outside of Center City and was called the Pennsylvania Museum and School of Industrial Art, which opened in 1877. Though many donors, including philanthropist Clara Jessup Moore and Anna H. Wilstach, donated everything from textiles to paintings to ceramics and metalwork, the location prevented most people from visiting the museum. However, the art institution continued to acquire valuable works throughout the 20th century, including Grace Kelly’s wedding dress in the 1950s, objects from Elsa Schiaparelli and Marcel Duchamp, and works from artists like Degas and Cy Twombly.

However, the building we know today was commissioned by Philadelphia’s City Council in 1907 and was placed at its current Fairmount location then. It was designed—after several architectural firms collaborated—primarily by Howell Lewis Shay and Julian Abele, the latter of whom gained notoriety as the first African-American graduate of the University of Pennsylvania’s Department of Architecture. Though the interior was not quite finished, it opened in March of 1928 and has been open to the public ever since. The style of the building is based on classical Greek temples, complete with columns, and bronze griffins adorn the exterior, which the museum officially adopted as its mascot in the 1970s. 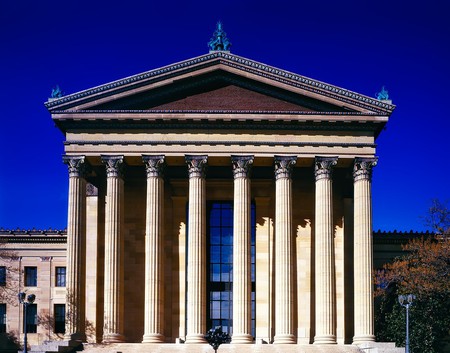 The museum is home to over 200 galleries that span 2,000 years, although, in accordance with the University of Pennsylvania and their collection of museums, they do not have any Egyptian, Roman, or Pre-Columbian artifacts. Aside from being home to many works by artists such as Rodin, Picasso, Dalí, Duchamp, and Brânçusi, it also has several features unique to a museum of its stature, including its massive armory featuring suits of armor from throughout the Medieval period. Its rarest and most notable feature is the several architectural marvels located throughout the Asian wing, including a full Japanese teahouse and garden, a Chinese palace hall, and a 16th-century Indian temple.

When visiting Philadelphia, you’ll likely make a trip to its art museum, but as you wander its hallowed halls, don’t forget about the historical context that makes this building so important.