A Brief History of the Academy of Music 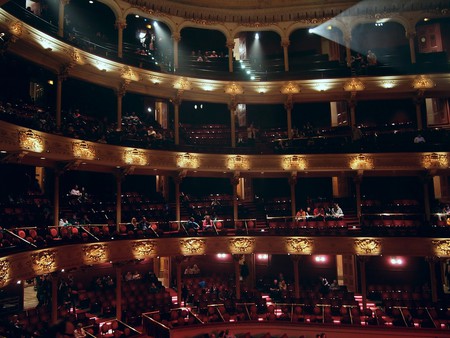 As the birthplace of our nation, Philadelphia is home to many firsts, including the oldest continuously operating opera house in the entire country. Here’s a brief history of the Academy of Music in Philadelphia.

The history of the hall

Nicknamed “the Grand Old Lady of Locust Street,” the Academy of Music, which opened in 1857, is a concert hall and opera house that sits on Philadelphia’s Avenue of the Arts at the intersection of Broad and Locust Streets. Currently, it houses both the Pennsylvania Ballet and Opera Philadelphia, and from the company’s beginnings in 1900, it was also home to the Philadelphia Orchestra. Though the Orchestra moved to the Kimmel Center for the Performing Arts in 2001, it is still the official owner of the Academy. In 1962, the hall was designated a National Historic Landmark. 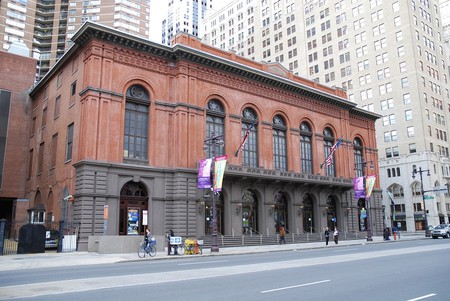 Designed by the Philadelphia architecture firm of Napoleon LeBrun and Gustavus Runge, ground was broken on this building in 1855, with President Franklin Pierce presiding over the ceremony. The design employed modest brownstone for the exterior so that the interior could be as ornate as possible, and though the exterior was supposed to be remade with a marble façade, the brick and brownstone have remained throughout the building’s history.

Inside, the grand auditorium features an enormous and breathtaking crystal chandelier, which weighs 5,000 pounds (2,300 kg); a bust of Mozart on top of the proscenium; statue figures of Poetry and Music on the cornice; and an enormous ceiling mural that features allegorical figures alongside gilded, wooden sculptures and carvings located throughout the space. With a crimson-and-gold curtain and red upholstered chairs, the auditorium remains luxurious and classic, just as it was on its opening day, and it can seat up to 2,500 people.

At the very beginning of 1857, upon the building’s opening, a grand ball took place, with its first opera performance—Verdi’s Il trovatore—and many operas have premiered at the space, including Ariadne auf Naxos (Strauss), Faust (Gounod), and The Flying Dutchman (Wagner). It has also hosted some of the biggest names in classical music and opera, including Pyotr Tchaikovsky, Gustav Mahler, Igor Stravinsky, Sergei Rachmaninoff, Itzhak Perlman, Luciano Pavarotti, and more. However, once the Philadelphia Orchestra found a new home in 2001, the Academy began welcoming more nontraditional acts, including artists like Noel Gallagher, who performed there in 2011. The grand setting has also served other purposes, including as the location of the 1872 Republican National Convention and as a filming location for Martin Scorcese’s 1993 film, The Age of Innocence. 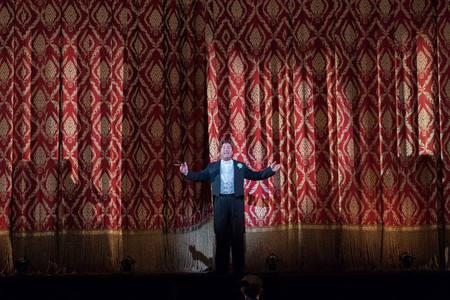 If you happen to walk down Broad Street and see the Academy of Music looming near you, take a moment to consider its history and its use today—or better yet, pick up tickets to their next ballet or opera.