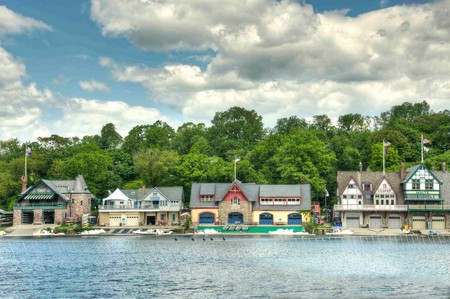 Philadelphia is home to plenty of picturesque sights, but there are few as striking as Boathouse Row, situated on the Schuylkill River next to the Art Museum. Here’s a brief history of Philadelphia’s Boathouse Row.

Boathouse Row came into existence thanks to the construction of the Fairmount Dam and Water Works nearby, which prevented tidal waters from making their way into the city’s water supply. However, it wasn’t long before wealthy Philadelphians left the homes on the river in droves because the calm waters in this part of the Schuylkill led to unbearable mosquito infestations, and the City of Philadelphia purchased the Lemon Hill Estate (a part of Boathouse Row’s landscape) along with all of the houses by 1844. 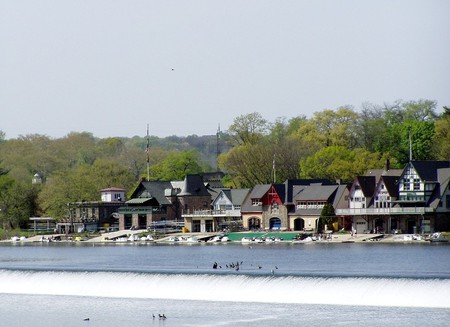 Fairmount Park sprang up around Lemon Hill as well, and in 1855, the houses became part of a public park, and the Schuylkill Navy, an amateur version of professional rowing, was founded in these houses in 1858. However, by 1859, the City of Philadelphia ended up condemning the group of houses. 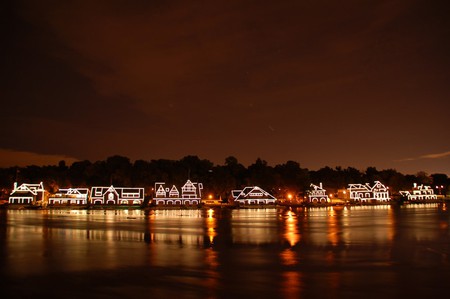 In 1860, three new boathouses were allowed to join the row, despite the condemnation, and throughout the years to follow, several boathouses were torn down and rebuilt, leaving #3 and #14 in the row as the only boathouses dating back to 1860. Today, each house is still a part of the Schuylkill Navy established here, which is the oldest amateur athletic body in America, and the row itself plays host to several important races, including the Stotesbury Cup, the Schuylkill Navy Regatta, the Dad Vail Regatta, the Philadelphia Youth Regatta, and more. It also houses several rowing clubs that are still active today, including Vesper, the Crescent Boat Club, the Sedgeley Club, College Boat Club, Malta Boat Club, Philadelphia Girls Rowing Club, and others, providing a space for rowers from high school and college to practice their craft. Most memorably, the site is lit up by the riverside every night, creating a striking view from West River Drive or the Philadelphia Museum of Art for visitors and native Philadelphians alike.