A Brief History of Elfreth's Alley in Philadelphia 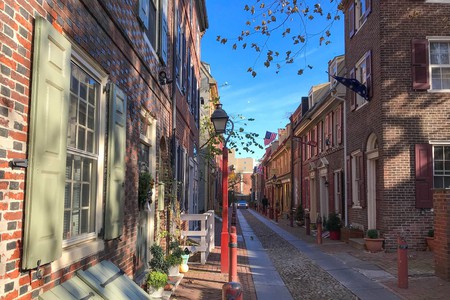 The creation of the street

Built in 1702, Elfreth’s Alley has the distinction of being the oldest residential street in the entire country, as it has been continuously inhabited since its inception. Located just off Front Street, between Arch and Race Streets, this narrow lane is home to gorgeous, original colonial-era homes and draws many tourists every year.

Visitors can tour one of the homes, which has been preserved to look as if a colonial-era family still resides there. If you’re visiting, don’t forget to be respectful — all but one of these homes, which houses a museum, belong to current residents, as this street has not ceased to be residential in over 300 years. 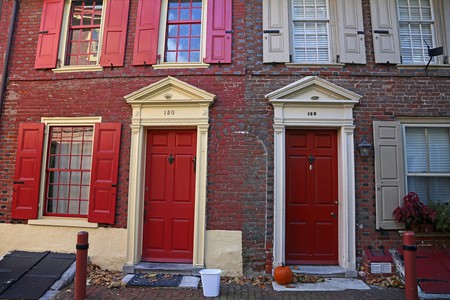 The street was not part of Philadelphia’s original city plan, but because of overcrowding by local merchants and tradesmen, landowners John Gilbert and Arthur Wells purchased the street, intending it as a cart path. The name comes from Jeremiah Elfreth, who was a blacksmith in the 18th century, but who was also a prominent property owner.

Originally, this alley was entirely populated by tradesmen, including glassblowers, furniture builders, smiths who made silver and pewter, and glassblowers. Towards the end of the 18th century, most of the households were actually headed by women.

Changing with the times

The houses themselves were built in the Georgian and Federal styles, and though it was initially fully residential, the 19th century brought industry to the street, surrounding it with factories, including a stove factory that was on the street itself. Irish immigrants were the primary population by 1900, changing the landscape further. 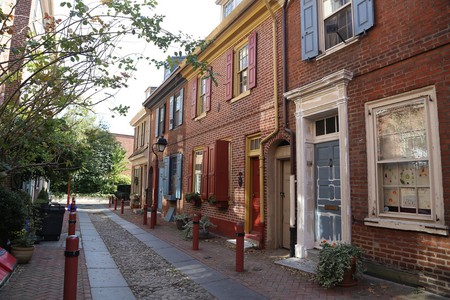 The Elfreth’s Alley Association formed in 1934, which helped preserve the alley and protect it from development or demolition. The Association also officially changed the name to Elfreth’s Alley; before that, it was simply part of nearby Cherry Street. The houses themselves are narrow and small, and many of the residents have built on additions to make up for the lack of space. But, the fact that it remains residential makes this street one of the most interesting historic spaces in the entire city of Philadelphia.

Today, it remains a huge tourist attraction, thanks to features like Bladen’s Court, which is tucked away and houses an authentic water pump that once served the entire neighborhood, and its festivals. The Elfreth’s Alley Museum hosts tours with knowledgeable guides, and you can step inside a house that functions entirely as an exhibit. Every summer, the Alley hosts Fete Day, celebrating the history of the alley by opening every home to visitors, dressing in colonial garb, and more.

Thanks to all of these features and more, Elfreth’s Alley is a must-visit tourist attraction, so be sure to stop in at this historic site during a visit to Philadelphia.