A Brief History of Eastern State Penitentiary in Philadelphia, PA 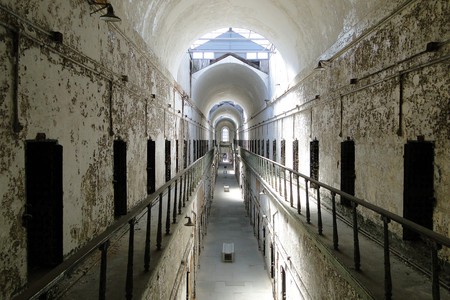 This massive structure, which was known as the world’s first true “penitentiary,” opened in October of 1829 and was designed by famous architect John Haviland, whose work in Philadelphia also includes the Franklin Institute and the Walnut Street Theatre. Once the building was finished, it was, at the time, the largest and costliest public structure in the entire country, and it set the standard for up to 300 other prisons that followed its example. The architecture itself had a kind of “wagon wheel” structure, meaning a circular space inside its high, fortress-like walls that were split into pieces.

What set Eastern State apart from other prison systems was that it was the first to adhere to “the Pennsylvania system,” meaning prisoners were forced into solitary confinement and continuously watched by guards. The doors to each cell are quite small, which many believe forced prisoners to “bow” when entering their cells, and skylights in each one suggested that God was “always watching” as they served penance for their crimes. Even outdoor exercise was highly supervised and completely solitary, with room for just two separated prisoners to be outside at once. Guards would even place hoods over the heads of prisoners on their way in and out, so that they didn’t see others. 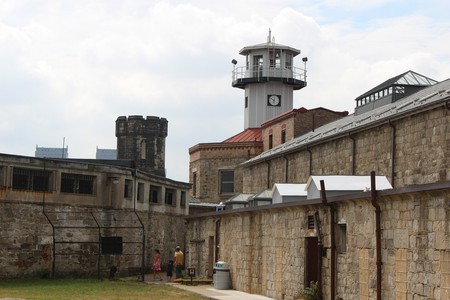 Since most prisons in the country practiced the Auburn method, like Sing Sing (where prisoners could be subject to torture and always worked together), this caused a bit of a stir in the criminal justice system. In his 1975 book Discipline and Punish: The Birth of the Prison, Michel Foucault argued that the disciplines and practices of the penal system could be seen throughout society. He specifically mentioned Eastern State Penitentiary as an example of how prisons were meant to “correct” prisoners and make them into “subjects” with unorthodox methods and behavior, such as solitary confinement and the tower that stood in the middle of Eastern State’s fortress to watch all prisoners at the same time. 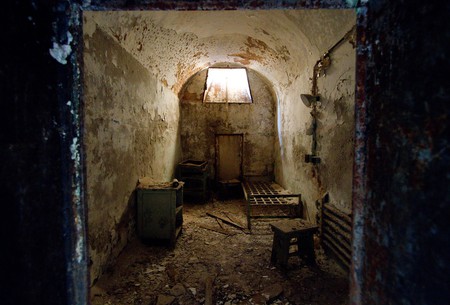 The prison was home to several famous criminals, including Al Capone (whose much fancier cell still stands as it did when he was incarcerated there), but in 1965, it was named as a National Historic Landmark before closing as a prison in 1971. It had also abandoned the concept of solitary confinement in 1913, removing its claim to fame in the criminal justice system, since the prison was becoming overcrowded and the ethos was no longer practical. The space was rehabilitated in 1988 and opened to the public for tours in 1994. 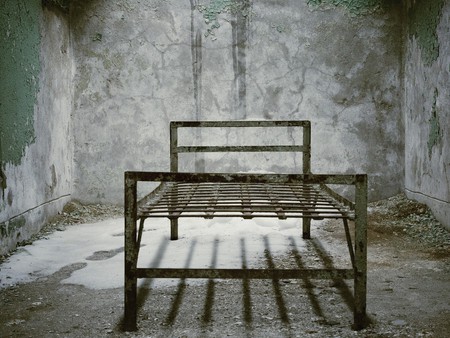 Today, the prison offers tours throughout the year and a special Halloween tour in October, but whenever a tourist or Philadelphian visits these crumbling, austere halls, it’s important to remember the significance and horror of this structure. Today, the historic building’s staff and programs do their best to educate and open dialogues about criminal justice reform, giving new life to this sinister space – but when you visit, don’t forget about Eastern State’s dark past while you marvel at its incredible architecture and history.