8 Things Tourists Should Never Do in Philadelphia – Ever 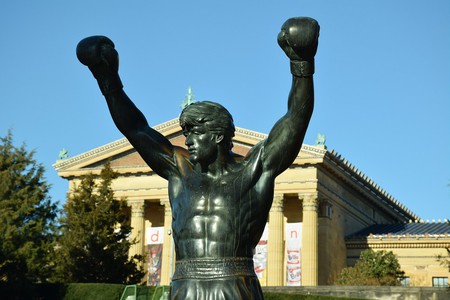 As the birthplace of the country, Philadelphia attracts tons of tourists every year, and the city welcomes those who want to see its historic sights, try its incredible cuisine, and walk its beautiful streets. However, there are definitely some things tourists should never do in Philadelphia — and here’s eight of them.

Pump their fists next to the Rocky statue

Yes, everyone loves Rocky, but while you pump your fists like Mr. Balboa did after his running montage next to his statue, you’re standing next to one of the best art museums in the country, so stop embarrassing yourself and go inside.

Ask if you should go to Pat’s or Geno’s

Any Philadelphian worth their salt will tell you this is a trick question – the real answer is “neither.” Get a cheesesteak at Jim’s on South Street, a chicken cheesesteak and fries from Ishkabibble across the street or, better yet, a roast pork sandwich from either DiNic’s or John’s Roast Pork.

There are plenty of great places to eat in Old City, and City Tavern is absolutely not one of them. With servers dressed in colonial garb and “authentic” recipes that don’t quite deliver—on top of inflated prices—skip this place and try The Olde Bar nearby, which is a reinvented version of Bookbinder’s, a classic Philadelphia seafood spot.

There are plenty of tourist traps in Philadelphia, but one of the worst is the Betsy Ross House, which may not even be her actual house. Rumors abound that developers knocked down her real house and simply used the house next door as a stand-in, but no matter whose house this is, the evidence connecting Betsy Ross to the flag is tenuous at best, so absolutely skip this attraction. 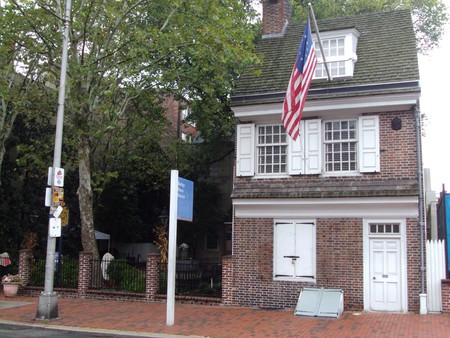 Wander too far north or too far south

Center City is extremely safe, and you can feel comfortable on the streets basically any time of day or night, but if you wander too far north from Fishtown, Center City or too far south from South Philly, you may find yourself in a sticky spot. If you’re not familiar with the lay of the land, stick to the most populated areas.

Order food without knowing exactly what you want

This isn’t universal in Philly, but if you go to a crowded spot such as Jim’s, Lorenzo’s or DiNic’s, don’t hesitate when you get to the counter. Not only will the employees be annoyed, the person behind you in line will be pretty miffed too. Know what you want before you step up to place that order.

Philadelphians walk fast, and if you make the mistake of strolling in the middle of a busy sidewalk or, worst of all, stopping entirely to check a map or send a text, it will not go over well. If you need to stop, step to the side, and the rest of the time be prepared to keep pace with everyone else. 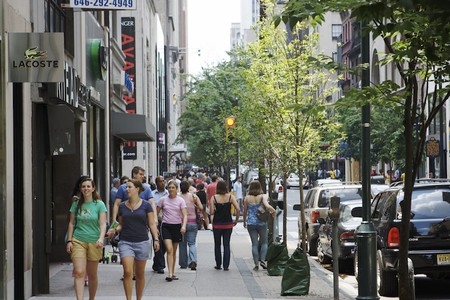 Go to South Street at night

South Street used to be a vibrant neighborhood, but in recent years it’s become a hotspot for underage drinking and rowdiness that’s best avoided. If you must see South Street, go during the day to explore the kitsch, but at night, it’s best to keep your distance and explore a trendier neighborhood, such as East Passyunk.