7 Reasons You Should Visit Pittsburgh Over Philadelphia 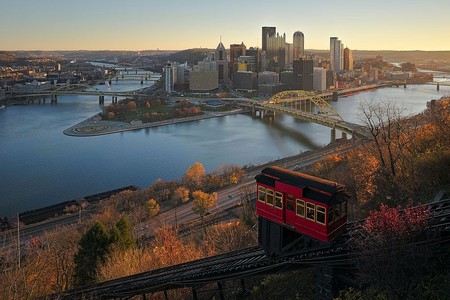 Flyers vs Penguins, Steelers vs Eagles and cheesesteak vs pierogi. When it comes to Pennsylvania’s two largest cities, Pittsburgh and Philadelphia are fierce rivals. In terms of which is better to visit, that depends on your preferences. Here are some more reasons why you should visit Pittsburgh over Philadelphia.

While Philadelphia may have its Philly Cheesesteak, Pittsburgh comes out on top with the beloved pierogi. They’re served on almost every corner of every street, but for the best ones, try Gosia’s Pierogies or The Church Brew Works in Lawrenceville. 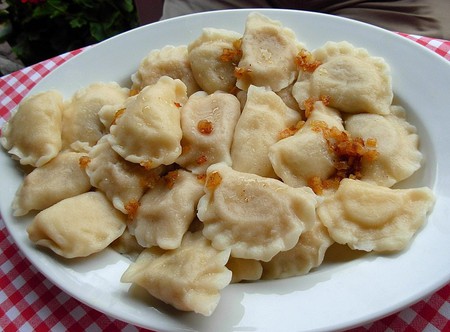 A plate of pierogies | © Piotrus / Wikicommons

Pittsburgh is home to the Ohio River, which is the largest tributary of the Mississippi River, as well as the Allegheny River and the Monongahela River. All three convene at the beautiful Point State Park downtown, and create picturesque views of the city. 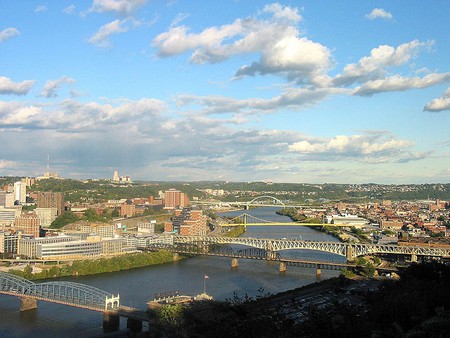 With iconic museums such as the Philadelphia Museum of Art and the Institute of Contemporary Art, Philadelphia has carved out a name for itself as a top destination for the arts. But Pittsburgh has something no one else has: Andy Warhol’s legacy. The Andy Warhol Museum in Pittsburgh has the largest collection of Warhol art and archives in the world.

Pittsburgh also has a thriving downtown arts scene, with the Phipps Conservatory and Botanical Gardens, The Children’s Museum of Pittsburgh, Pittsburgh Glass Center and the trendy Industrial Arts Co-op, which all impress travelers of all ages and tastes.

Vote for us! We've been nominated in the latest @USAToday @10Best Readers' Choice #travel award #contest for Best #Pennsylvania Attraction. You can vote once a day for the run of the contest. #Vote here: www.10best.com/awards/travel/best-pennsylvania-attraction/the-andy-warhol-museum-pittsburgh/ #AndyWarhol #Pittsburgh #art Photo by @AbbyWarhola

Pittsburgh’s nightlife is thriving, thanks to a young population eager to prove that Steel City is on the rebound. Every weekend, high-energy hip-hop and electronic music fill the city. The bar scene is just as good, and caters to both young and older crowds. Due to Pittsburgh’s location between Philadelphia and Cleveland, it’s a convenient stop-off point for local bands and musicians playing their last show on their way out of Pennsylvania.

Built in 1898, Pittsburgh’s Kennywood Park was named a National Historic Landmark in 1987. It offers historic rides and attractions that still operate today. Idlewild is also a children’s amusement park that The National Amusement Park Historical Association once named “the best park for families.”

The view from PNC Park, home to the Pittsburgh Pirates, is legendary – the bridges in the background are iconic, as are the rivers that surround the city. Pittsburgh is also the proud birthplace of the Penguins, 5-time Stanley Cup winners and home to the esteemed Sidney Crosby.

ALL OF THE DINGERS! #RingTheBell 🔔

Pittsburgh has the Duquesne Incline, a century-old cable car rescued and restored by a group of locals in 1963. Visitors are offered sweeping views of the beautiful Pittsburgh skyline from every angle as they make their way to the top of the mountain. Mount Washington also offers fantastic views of the city, and is easily accessible.

Another view from the Duquesne Incline at Pittsburgh.