5 Things That Prove Philadelphia Is a Die-Hard Football City 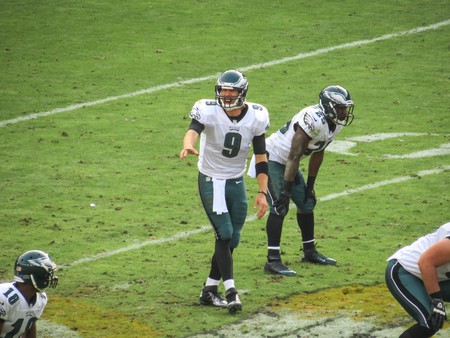 The City of Brotherly Love is nothing if not passionate, and that goes double for its sports fans. That mania has reached its peak now that the Eagles have made their way into Super Bowl LII against the New England Patriots, and as anyone who lives in Philly can attest, things in the nation’s birthplace are crazier than ever. Here are five things that prove that Philadelphia is going all out for the Super Bowl.

On the day of the NFC Championship, the Philly police department took to Broad Street to grease the famous thoroughfare’s lamp posts, ideally to prevent excited fans from climbing them that night if the Eagles won. After pictures surfaced of cops holding cans of Crisco, which they were using for the greasing itself, the news went national, and when the Eagles proved victorious, it still didn’t stop fans from scaling those posts.

From underdog masks to prayer candles, Philadelphia sure knows how to merchandise a potential victory. Whether you want to keep it simple with a Foles jersey, need a German Shepherd mask, or want to go the full route with a Nick Foles prayer candle, the Internet (and ingenious Philly people) have you covered. 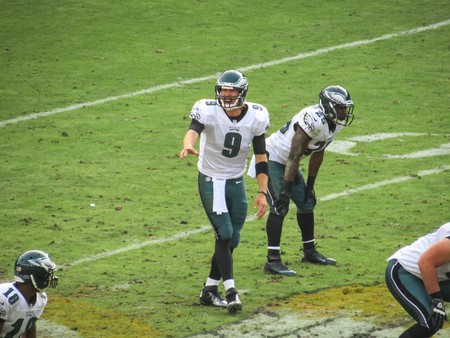 To be fair, Boston hit first in this particular feud by banning “Eagles green,” Will Smith, and Philadelphia Cream Cheese, but Philly has hit back, renaming one of its Boston Markets “Philly Market” and replacing Boston Creme donuts until the Super Bowl is over.

One famous restaurateur went above and beyond

James Beard Award nominee Marc Vetri, who owns one of the most exclusive prix-fixe restaurants in town, went full Eagles pride after the NFC Championship and dyed his beard entirely green. Vetri has always been known for his sense of humor, but this is his wildest move yet. If that’s not dedication, then what is?

The Museum of the American Revolution, which opened in 2017 in Old City, is renaming its first-floor gallery, currently called the “Patriots Gallery,” the “Eagles Gallery” until we see which team comes out on top on February 4, 2018. If you head into the museum itself wearing Eagles gear, you’ll even get $2 off admission—no word on what happens if you show up in Patriots gear, but that’s probably not the best idea.