5 Films That Show Diversity in Philadelphia 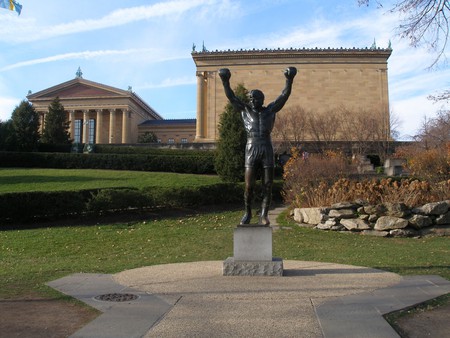 As an incredibly vibrant and diverse city, Philadelphia has been the subject of several films over the years, from comedies to dark superhero movies. Here are five films that show the diversity of Philadelphia’s history and its people.

This seminal 1993 classic was one of the first major films to open up a discussion about HIV and AIDS, and it was, of course, set and filmed right here in Philadelphia. Starring Denzel Washington and Tom Hanks, the latter of whom won an Academy Award for his performance, the film was a groundbreaking portrayal of the struggles once faced in the early ’90s while living with AIDS, and has been hailed as a sensitive, careful depiction of both racial inequality and prejudice.

This spiritual sequel to the Rocky series, Creed was written and directed by Black Panther’s Ryan Coogler and stars Michael B. Jordan (who was also featured in Coogler’s record-smashing blockbuster) as Adonis Creed, the son of Apollo Creed. Filmed in some of the city’s less glamorous areas such as Kensington, this movie depicts people from all walks of life finding success, as Sylvester Stallone’s Rocky trains Adonis and leads him to victory and worldwide acclaim as a boxer.

A modern take on The Prince and the Pauper, Trading Places is a raucous comedy, but it’s still ultimately about two people from completely different places in life seeing the world from the other’s perspective. Starring Dan Aykroyd as a rich broker and Eddie Murphy as a homeless hustler, the film is set and filmed in Philadelphia, and teaches viewers that money and success are important, but heart and strength of character even more so.

No list of Philadelphia films would ever be complete without Rocky, which shone a light on the Italian-American experience and encouraged the audience to always root for the underdog. As Rocky Balboa rises from poverty to a win the boxing world championship, keep an eye out for some of Philadelphia’s most beautiful landmarks, including, of course, the Art Museum steps.

M. Night Shyamalan has directed several films in Philadelphia, but one of his classics is the dark superhero tale, Unbreakable, released in 2000. Starring Samuel L. Jackson and Bruce Willis, the latter of whom is an “unbreakable” human with superpowers, this popular thriller was praised upon its release, and focuses on two people living in Philadelphia who are not only different socially, but genetically unlike the rest of the city’s population.