15 Musicians You Need to Know From Philadelphia 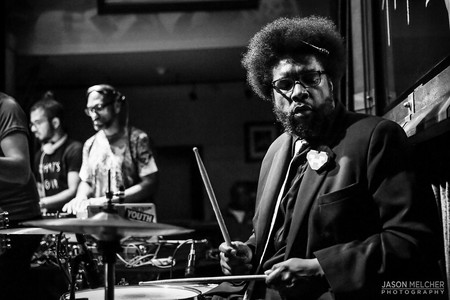 Philadelphia has no shortage of talent, and when it comes to music, the city has produced some of the best artists working today. Here are 15 musicians you absolutely need to know that hail from the City of Brotherly Love.

The Roots are a serious source of Philly pride, and Questlove has established himself apart from the group as a hitmaker and bona fide superstar. Born and raised in Philly, all of the members of the Roots frequently take time away from their Tonight Show gig to come and visit the city.

LaBelle, who – along with her group – gave us the iconic “Lady Marmalade” often returns to Philly to perform for various celebrations. She is also in the Grammy Hall of Fame, has a star on the Hollywood Walk of Fame, and is known as the “Godmother of Soul.”

“Philly Motown” wouldn’t exist without this group, whose smooth sound defined the ’90s in Philadelphia. From “End of the Road” to “I’ll Make Love To You,” everyone has a favorite Boyz II Men song.

Inducted into the Rock & Roll Hall of Fame in 2014, Hall & Oates’ hits are everywhere, especially movie staples like “Maneater,” “Private Eyes,” and “You Make My Dreams,” and they still perform today, frequently at home in Philadelphia.

You may not know Chubby Checker by name, but he popularized “The Twist” as a dance craze when he recorded a cover of Hank Ballard’s original. Though he was born in South Carolina, he grew up in South Philadelphia.

This platinum-selling songstress, who has also appeared in films like Get On Up and Why Did I Get Married?, marries jazz, opera, R&B and hip-hop in her performance and songwriting, which she and others refer to as “neo-soul.” She also grew up in North Philadelphia.

What would a list of Philadelphia musicians be without the Fresh Prince? Born and raised in Wynnefield, Will Smith is a proud Philadelphian, getting his start in the city of Brotherly Love before going on to humongous success.

Will Smith’s partner, DJ Jazzy Jeff, was also born and raised in Philadelphia, and though he hasn’t achieved quite the level of fame that Smith has, he’s still a multiple Grammy winner for his collaborations with Smith, like “Parents Just Don’t Understand” and “Summertime.”

DJ and EDM star Diplo, who also makes up half of Major Lazer, didn’t grow up in Philadelphia, but attended Temple University and worked as a schoolteacher in the city just as he was gaining notoriety as a DJ.

Known as an “alternative hip-hop band,” G. Love & Special Sauce met in Boston, but are known for their close associations to Philadelphia – their fourth album is even called Philadelphonic.

Comprised of two members, Jeremy Lloyd and Samantha Gongol, Marian Hill is a Philadelphia-based duo whose songs have appeared in Apple commercials and beyond. Their first EP was released in 2015, with their full-length album following in 2017, both of which were met with critical acclaim.

This Tony-award winning star of Hamilton, who originated the role of Aaron Burr, is an accomplished recording artist in his own right, with two solo jazz albums under his belt. Growing up in Philadelphia, he attended the Philadelphia High School for Creative and Performing Arts and Julia R. Masterman High School.

Born and raised in Philadelphia, rapper Eve went to Martin Luther King High School before going on to perform with Gwen Stefani, winning a Grammy, and starting her own clothing line, among other accomplishments.

The War on Drugs

Adam Granduciel and Kurt Vile formed this Grammy-winning band in Philadelphia, when they both moved there from Oakland, California and Boston, respectively. Since forming in 2005, they have released four studio albums, the most recent of which, A Deeper Understanding, won a Grammy for Best Rock Album.

Unfortunately, Meek Mill is often more famous for his legal troubles, but the rapper’s song “Dreams and Nightmares” was prominently featured by the Eagles during the 2018 Super Bowl. Mill, whose real name is Robert Rihmeek Williams, grew up in South Philadelphia.