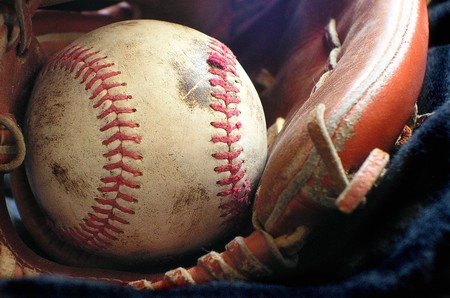 It’s been a long time coming for Rip City to finally get its own Major League Baseball (MLB) team.

In 2003, Portland was in the running for the relocation of the Montreal Expos. Oregon passed legislation granting the city a $150 million bond to go toward the project. Things were getting serious. And then the Expos went to Washington, D.C. and became the Nationals.

Fifteen years later, and the City of Roses finds itself in a similar situation. The Oakland Athletics and Tampa Bay Rays are two franchises pushing for new stadiums, and making little headway. There’s also talk of an MLB expansion—something that hasn’t happened in 20 years—and MLB commissioner Rob Manfred has called Portland a candidate to acquire a franchise.

So, what makes 2018 different from 2003? There are a few key details. When the initial whisperings began a decade and a half ago, there was a competitor for corporate dollars, fan support, and stadium space: Major League Soccer (MLS). The MLS ultimately won the bid, and the Portland Timbers were born in 2009.

In the years that have passed, the inclusion of an MLS team has proven one thing about Portlanders: they love their sports teams. The Timbers have amassed a cult-like following called the Timbers Army, and the team brought an MLS championship home in 2015. Add that to the city’s unconditional love for the Portland Trail Blazers, and it’s safe to assume the city will welcome an MLB team with open arms. 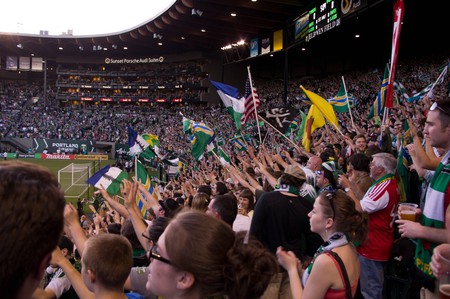 This time around, the project has names, faces, and dollars tied to it. And they’re already making bids on potential stadium sites. The Diamond Project, consisting of retired Nike executive Craig Cheek, former state senator Jason Atkinson, and former Trail Blazers announcer Mike Barrett, put offers on three sites, including the ESCO industrial site in Northwest Portland that was the home of Vaughn Street Park. This was a longtime baseball venue whose tenants included the Portland Colts minor league team, Portland Beavers of the Pacific Coast League, and Portland Rosebuds of the West Coast Baseball Association—an all-black league—before its demolition in 1956.

The other sites include the Portland Public Schools administration building near the Moda Center, home to the Blazers, and most recently, the Port of Portland’s Terminal Two, on the Willamette River’s west bank. The goal is to build a 32,000-seat stadium and 8,000 units of housing.

Even more promising, Seattle Seahawks quarterback Russell Wilson and his wife, R&B star Ciara, have both invested as “owner/investors” in the Portland Diamond Project. Each has pledged minority ownership should Portland acquire an MLB franchise. Their inclusion marks the first outside investors to publicly announce their support.

“We believe Portland is the next great Major League Baseball city, and that’s why Ciara and I are excited to announce we are a part of the Portland Diamond Project,” Wilson said in a news release obtained by The Oregonian. “It is time for MLB in Portland.”

“I want to see this vision come to life and empower more women owners in major sports franchises,” Ciara said in the statement.

Wilson also wrote a blog post detailing his dream of helping inner-city youth feel connected to baseball and his fond memories of his parents taking him to ballparks when he was growing up.

“With this project, we will make sure that every little kid in this country has the opportunity to learn the lessons of sportsmanship and competition,” Wilson wrote. “No matter their skin color or economic status, every kid deserves to have an equal opportunity and the resources it takes to play.”

Portland mayor Ted Wheeler has also expressed support via Twitter. “Watching the @PDXDiamondProj steadily gain momentum over the past few months has been exciting, especially in light of today’s announcement that @DangeRussWilson and @Ciara have signed on as investors,” Wheeler wrote.

Bringing a @MLB team to Portland could have many extremely positive economic and social ramifications for the city, and I look forward to looking hearing more about the possibilities of this initiative. -TW (2/2)

The city already saw an overwhelming amount of growth in the past decade, granting it the nickname “Silicon Forest” for its quickly expanding tech presence. Portland is also the home of Nike and adidas, making it a destination for athletes worldwide.

If the Portland Diamond Project is successful in acquiring an MLB team, opening day won’t be until 2022 at the earliest. But for locals who’ve been longing for a ballpark since 2003 (and briefly got their hopes up again in 2006, with talks of the Miami Marlins relocating), knowing professional baseball is coming to Portland in a few years would be music to their ears.