This Is the World's Only Vegan Strip Club 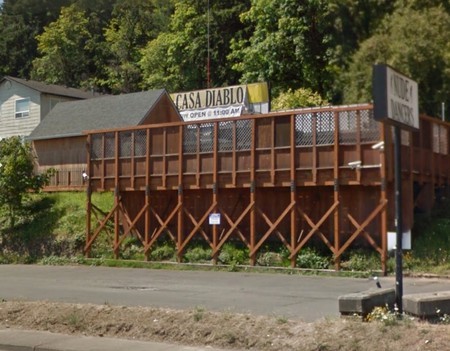 Casa Diablo puts its meat on the pole, not the plate.

Casa Diablo sits on the outskirts of Northwest Portland’s lush Forest Park. The sign outside reads “NUDE DANCERS,” so you know what you’re getting into before stepping foot inside the dimly lit bar.

But this isn’t your average strip club. Oh, no. This is a vegan strip club, and the only one of its kind in the whole world.

The one-of-a-kind club also puts forth a one-of-a-kind motto: “Vixens not veal. Sizzle not steak. We put the meat on the pole, not on the plate,” and it lives up to it.

Casa Diablo just celebrated its 10-year anniversary this past February, and its 28-year-old vegan owner Johnny Diablo Žūklė is in good company in Portland. With an abundance of Portland’s population sharing his lifestyle views, Diablo opened a vegan restaurant where the illustrious Casa Diablo lives today.

The industrial location brought in blue collar workers who would get up and leave after realizing there was no meat on the menu. Since his clientele was 90% male, Žūklė needed to find a way to get customers into his establishment without forfeiting his veganistic integrity. 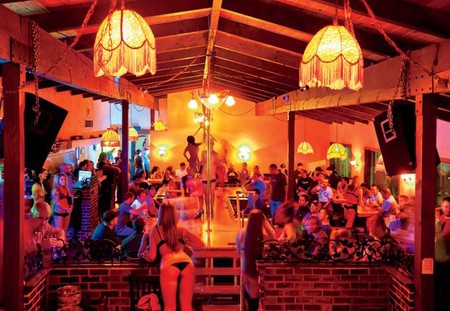 “Since I didn’t lease the building but actually owned it, I had to make a very bold tactical move as I was looking straight into the face of bankruptcy,” he explained.

“‘What could I do to bring in all these potential customers working right here near my restaurant?’ I thought to myself. The old adage ‘Sex Sells!’ loomed heavily in my thoughts. I prayed to the vegan gods for guidance. They answered resoundingly, ‘Yes, for the animals, open up the world’s first vegan strip club.'”

Though seemingly perverse, the transition was a logical one. The Rose City is a mega-center for vegans and also home to more strip clubs per capita than anywhere else in the U.S.

In 2008, Žūklė’s visionary club became part of the statistic. The club boasts an all vegan food menu that includes soy stroganoff, Sloppy Joes and mac & cheese (because who wouldn’t want to eat a messy herbivorous meal while watching dancers bare all?) And club rules explicitly prohibit dancers from wearing fur, feathers, leather or wool while performing. 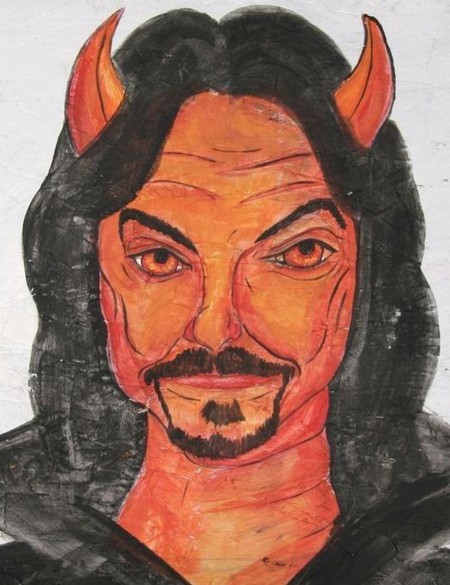 The success of his club was so overwhelming that Žūklė decided to open a second location—the charming and aptly named Southeast Portland’s Dusk ‘Til Dawn: Casa Diablo II. “Portland is shoring up its astounding forward-thinking reputation of alternative culture by being the birthplace of vegan strip clubs, but that is just the beginning,” Žūklė said.

According to the proprietor, patrons from all countries flock to Portland to immerse themselves in the “Casa Diablo Experience.”

Žūklė said: “With the huge explosive growth in veganism not only in the United States, which has increased from 1% of the population in 2014 to 6% today, but also all over the world, I believe you will see vegan strip clubs popping up in many countries in the future.

“I want all strip clubs and the whole world to go vegan ASAP!” With over 10 years of infamous Portland business, Johnny Diablo Žūklė also reports that The Casa Diablo concept is available for licensing to anyone who’s interested.