The Best Parks In Portland, Oregon

From the smallest park in the world to near-wildernesses of woodland, Portland’s parks are both a reminder of why the city is called the City of Roses, and an oasis for those who love the outdoors and urban lifestyle. Here, we’ve picked some of our favorite parks in gorgeous, green Portland. 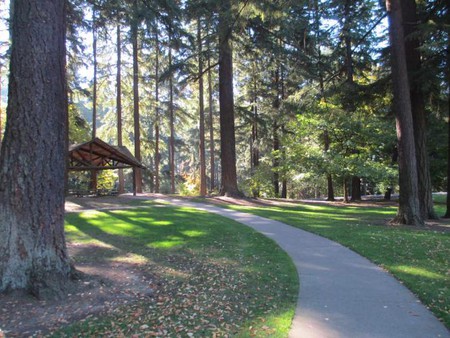 Mount Tabor City Park is located on an extinct volcano in the middle of the city of Portland. The volcano was named for Mount Tabor, Israel, by Plympton Kelly, the son of Oregon City pioneer resident Clinton Kelly. With an off-leash dog park, playground, picnic shelter and picnic area, and courts for tennis, basketball, and volleyball, Mount Tabor City Park is a versatile and sprawling 190.82 acre park for families, team sports, dog walkers, and runners.

The tiniest park in the world according to the Guinness Book of World Records, Mill Ends Park is just a quaint place in the middle of a crosswalk to sit and rest by a tiny tree. It’s an amusing place to take a photo in downtown Portland. In 1948 the plot of land was intended to be the site for a lamppost, but when the lamppost failed to appear and weeds began to grow, Oregon Journal columnist Dick Fagan planted flowers there and named it “Mill Ends”, the name of his column and a reference to leftover irregular pieces of wood at lumber mills. It was named an official city park in 1976. 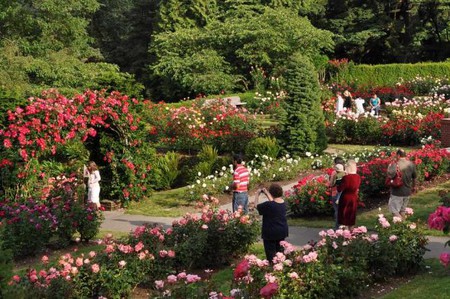 A visit to the Rose City is incomplete without a visit to Washington City Park, which includes the International Rose Test Garden with more than 10,000 rose bushes to smell. Explore the five and a half acre Japanese Garden, one of the most authentic in the world outside of Japan, with a pond, ceremonial teahouse, sand-stone garden, and cherry trees. Connecting to MacLeay Park and Forest Park and located two miles from downtown Portland, accessible by MAX Light Rail, this is not a park to pass up.

Why not go hiking in the middle of a city? Macleay Park offers trails and public art to admire while hiking through woodland in the middle of Portland. From Macleay Park, you can access the 30 mile Wildwood Trail up to Forest Park. There are shorter, flat trails for runs and quicker hikes as well. If you get tired of being in the city while in Portland, this park offers an escape to the woods without the driving.

A park in the middle of a wetland and marsh area, Tanner Springs Park is an oasis of tall grass, calm water, and a small stream that runs through the center of the park. It’s free of dogs, and children usually go to the Jamieson Square water park to play, which makes quiet Tanner Square one of Portland’s most peaceful parks. The grasses and plants are all native and the materials used in the park are all recycled goods, like old cobblestone bricks that used to pave Portland roads.