The Best Burgers In Portland, Oregon

A medieval delicacy and cuisine European immigrants brought to the U.S., minced meat became ground beef when the meat grinder was invented the early 19th century. As the production of beef intensified in the late 1800s, more meals began to include ground beef, including meatloaf and by the end of the 20th century the hamburger. Suitably, Portland has its own twists on the notorious fast food offender, turning the common hamburger into tasty gourmet fare. Read our list of the best burgers in Portland, Oregon. 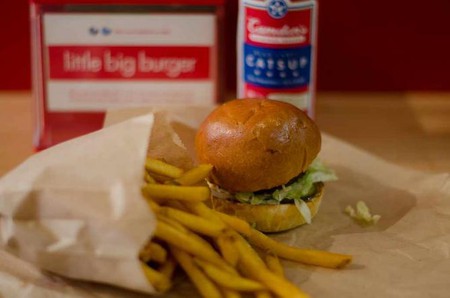 Little Big Burger may be a chain restaurant, but more specifically, it’s a Portland chain, meaning it will be tasty, made with local ingredients, and likely full of experimental, excellent ideas you wish you could see incorporated into your own hometown burger joint. The burgers are made with local cascade natural beef, local cheeses, fresh vegetables, and Camden’s Catsup (ketchup without high fructose corn syrup). Besides quality burgers, order some mouthwatering truffle fries made of Yukon golden potatoes, white truffle oil, and sea salt, and maybe grab a canned microbrew to pair with your delectable burger.

Sink your teeth into an all-natural, hormone free ground beef burger at Foster Burger. Better yet, try an all-natural, hormone free ground lamb burger or any of the delicious specialty burgers, including ‘the Burner’ with ‘Sri-Rancha’, roasted jalapeños, fried onion straws, shredded lettuce, and American and cheddar cheese. Even if you’re vegetarian, Foster Burger offers Earthly Gourmet Hemp Patty substitutions and a gooey, killer grilled cheese sandwich. Finally, treat your burger with a side of poutine, made with Beecher’s cheese curds and gravy. 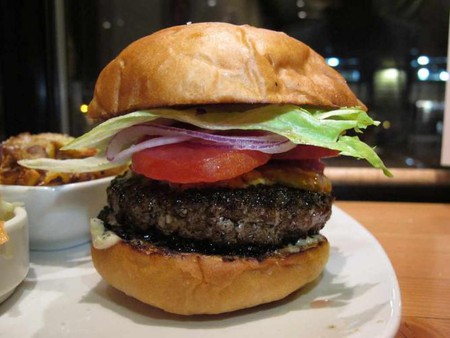 Made with 100% humanely-raised grass fed beef and served on a signature sourdough potato bun, you can feel pretty good about the juicy burger you’re just about to devour at Dick’s Kitchen. Owner Richard Satnick prides his restaurant’s cooking for cutting down on processed foods, sugars, and industrial oils in its dishes. Try the ‘Zizou,’ a ‘French onion cheese burger’ made with thinly sliced onions smashed into the patty and topped with melted Swiss cheese, named for the French soccer player Zinedine Zidane. While you’re there, order ‘not-fries’ (air-baked potatoes) or yam ‘not-fries’. 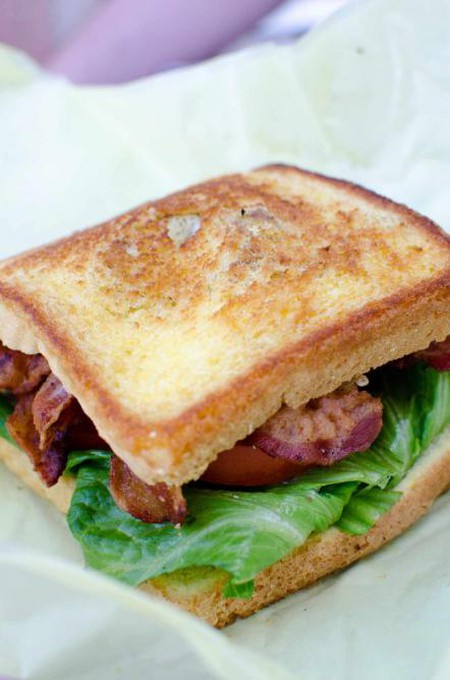 Brunch Box Burgers is a popular burger joint and brunch restaurant in Portland offering substitutes of Texas Toast for a bun, among other signature takes on the burger. Try the ‘Trial by Fire’ if you dare, with pepper jack cheese, grilled jalapeños, bacon, lettuce, tomato, grilled onions, ketchup, mayonnaise, and Aardvark habanero hot sauce, or for more fun, try the ‘Redonkadonk,’ made with American cheese, bacon, ham, spam, an egg, lettuce, tomato, grilled onions, ketchup, mustard. and mayonnaise sandwiched between two grilled cheese sandwiches instead of a bun. Got kids? They’ll love the ‘Cheesasaurus Rex’ cheese sandwiches in the shape of dinosaurs.

Known for its amazing milkshakes and good gourmet and old fashioned burgers, Canyon Grill is not a burger joint to miss. Start out with an ‘Elvis milkshake’ to pair your burger, which includes vanilla and chocolate ice cream, peanut butter, bananas, and bacon bits. Try anything from ‘the Far East Burger’ with peanut sauce, cucumbers, and lettuce to customer favorite, the ‘Mushroom Swiss burger’. Feeling like your burger’s missing something? Add extras from avocado to grilled onions and peppers.