The 5 Best Rivers to Float In and Around Portland 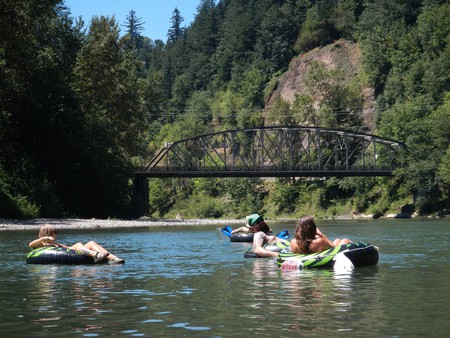 Floating the river is a favorite summer pastime in Portland. | © Eli Duke / Flickr

When the summer sun becomes unbearable, grab an inner tube and a six-pack and spend the afternoon floating the rivers around Portland.

For Portlanders, when the summer sun becomes unbearable, air conditioning becomes scarce, and you don’t want to wait in an hour-long line to cool off with ice cream, the river calls to you. With the Willamette River carving the east and west sides of Portland, and a handful of other easily accessible rivers near the City of Roses, a good float is nearby no matter what part of the city you live in.

Here are the five best rivers to float in and around Portland.

The Willamette River runs right through Portland, so it’s the most accessible by far. Yes, it has a bad reputation for being highly polluted. However, environmentalists have been working hard to clean The Willy, and it has been issued as safe to swim in (just don’t go after a heavy rainfall or you may grow an extra extremity). The best place to put in on this urban float is Sellwood Riverfront Park and float to the Hawthorne boat dock. The best part about this float is all the wonderful bars and restaurants that reside nearby its ending point. 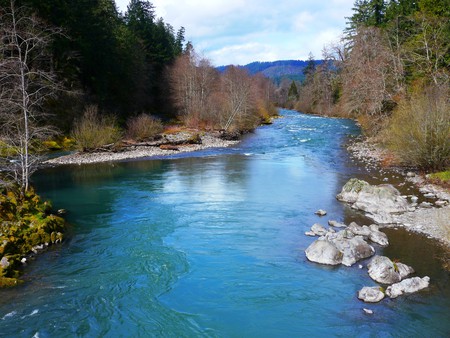 The Sandy River is still close to Portland (less than 30 minutes from downtown) and comes without the fear of growing an extra limb. Aside from being cleaner, the Upper Sandy is also narrower and faster, making for a better float. The best place to put in is Dabney State Recreation Area and float to Lewis and Clark State Recreation Site. Fair warning: The water gets a little choppy as the river works up some rapids near Troutdale. 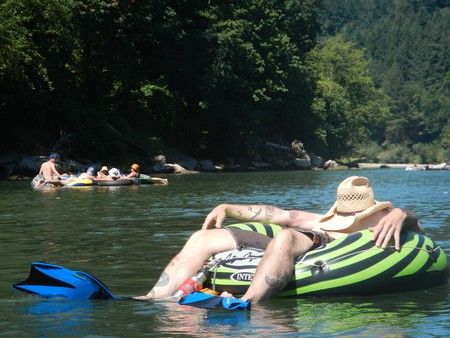 If you’re looking for a party, a Clackamas River float is the one for you. Just close enough to the city to make for an easy commute for urbanites and just far enough out of the city to appeal to the suburban and country crowds, there’s quite a mixed demographic tubing the Clack. But chances are, most everyone will be sipping on some sort of tall boy. The best place to put in is Milo McIver State Park in Estacada and float downstream to Barton or Carver, depending on how much time you want to spend on the river. 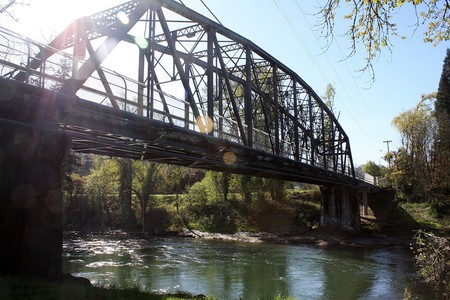 Washington may seem like some far-off land to Portlanders, but it’s so close that many people live in Vancouver and commute to Portland for work—or vice versa. The Washougal is just about an hour outside of the Rose City, and the river isn’t nearly as crowded as those closer in, making it an excellent destination on a sweltering hot summer day when the rivers mentioned above are packed with tubes. The best place to put in is Mile 3 on Washougal River Rd, near the bridge and N Shepherd Rd, and take out a few miles downstream. The Washougal is also a great spot for swimming and bridge jumping—if that’s more your thing. 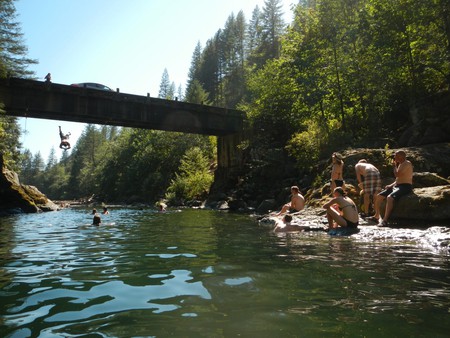 Another Washington river, the East Fork of the Lewis River is the best place on this list for a hot day. The water’s a little colder, but like the Washougal, this spot will be far less crowded than the Oregon rivers mentioned. Put in at Lewisville Regional Park just north of Battleground and take out at Daybreak Park near La Center. Make sure to stop by some swimming holes along the route. 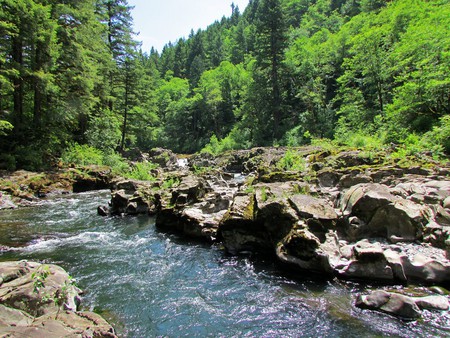