She Bop, Portland’s Sex Shop Designed for Women by Women 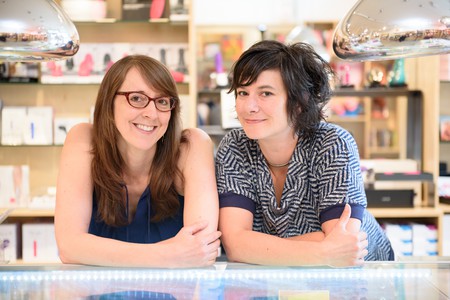 She Bop’s owners, Evy Cowan and Jeneen Doumitt | © She Bop

This feminist boutique specializes in body-safe toys and educational services “for every body.”

On the corner of North Mississippi and Beech in Portland, Oregon sits a boutique with a sign on its door that reads “We stand with you.” Another says “You are safe here.” The windows of the shop are muted, blacked out so that passers-by can’t see the inner workings. But a big, bold sign hanging on the front door lets customers know that all races, religions, countries of origin, sexual orientations and genders are welcome. The boutique is She Bop, Portland’s inclusive, female-run sex shop.

Upon entering She Bop, it takes a moment before customers realize what kind of shop they are in. The all-white interior is delicately outlined with colorful bookshelves and trinkets on scattered tables. Upon closer examination, you realize those books have titles like Pleasure Bound: True Bondage Stories and Don’t Overthink What Feels Good. The shelved trinkets are interspersed with vibrators, sexual aids and self-care toys.

A city that hosts naked bike rides and is home to the world’s only vegan strip club, Portland has a long history of being pro-sex and body positive. Pair that with inhabitants who are mindful of what they put on, or in, their bodies, and the city makes the perfect place to open a feminist sex boutique like this one. 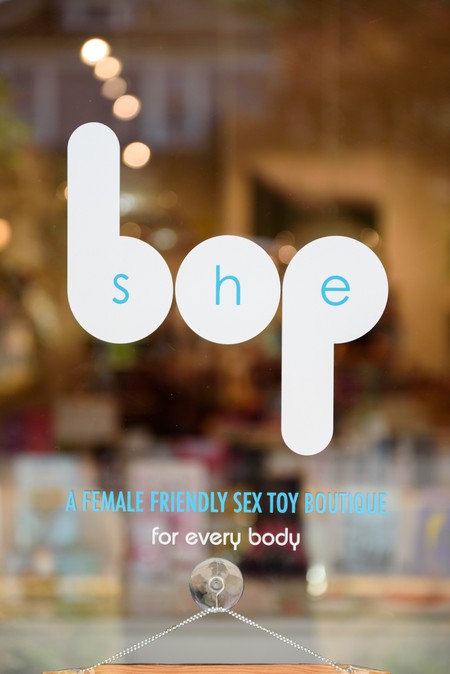 According to She Bop co-founder Evy Cowan, the shop’s primary focus is on body-safe products and education. “Shops like ours draw attention to the unregulated nature of the sex toy industry,” she explains. “With more feminist sex shops all over the country, there has been a light shone on the industry and a call for change. This has increased the demand for body-safe products and has in turn increased the number of quality toy and lube companies that are now in existence.” 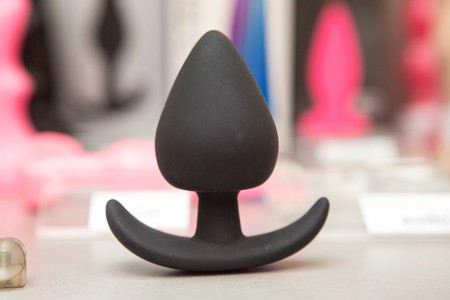 When Cowan and her business partner, Jeneen Doumitt, opened She Bop in November 2009, it was out of a need to provide a welcoming, safe space. Cowan had recently discovered the pleasure of sex toys herself. After researching the industry, she realized it was poorly regulated and as a result, people were using toxic, non-body-safe toys without even realizing it. When opening She Bop, Cowan wanted to make sure the store would be supported by a premium shopping neighborhood.

“We wanted to take the taboo out of sex toys,” she says. “It’s important to us that She Bop is just like any other specialty boutique. The first year we were open, almost every single day someone would come into the shop and thank us for existing – it was clear there was a need for a shop like She Bop in our community.” Though nearly a decade old, the shop is still considered the best sex shop in Portland, according to Willamette Week readers. 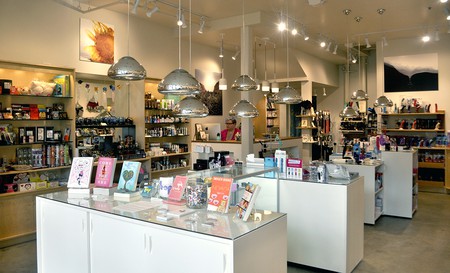 Cowan and Doumitt say they have encountered exponential change in the industry in the nine-plus years they’ve been in business, namely the number of quality sexual wellness products coming on the market. “When we first opened, there were only a limited [number] of companies that carried quality, body-safe products,” Cowan says. “Now there are so many choices – it makes it difficult to narrow down our inventory.”