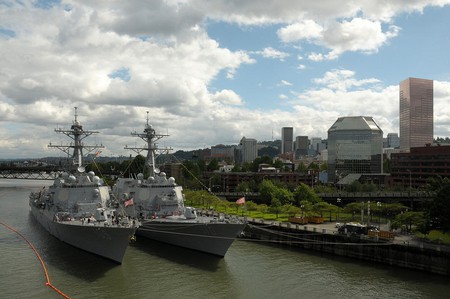 The Rose Festival is Portland’s highly anticipated citywide celebration that attracts the second largest parade crowd in the country.

Late May marks Portland’s unofficial initiation into summer, and the start of a time-honored festival that celebrates the city with its most notable nickname: The Rose Festival. Over a million visitors descend on the City of Roses during this time of year to participate in a slew of downtown festivities. Throughout the month of June, this treasured piece of Portland tradition celebrates the city with everything from a night of fireworks to a dragon boat race. But the festival itself is deeply ingrained in Portland’s history.

Since its inception in 1907, the Rose Festival has become the city’s largest event. Originally created in an attempt to put Portland on the map and brand it as “the summer capital of the world,” the multi-week festival showcases the Rose City’s best assets while celebrating values like volunteerism, patriotism, and environmentalism. 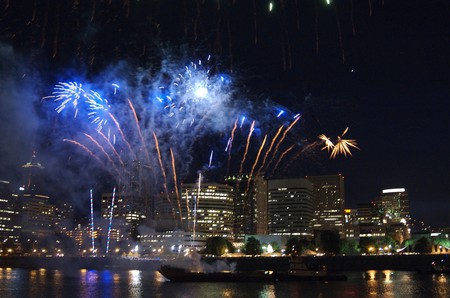 Every year, the festival kicks off with a vibrant display of fireworks in Governor Tom McCall Waterfront Park. Upon its commencement, the waterfront houses CityFair—a family-friendly carnival of sorts that offers live music, food vendors, rides and other themed entertainment that ranges from superheroes and villains to pirates and mermaids. Kids often partake in puppet shows, scavenger hunts, and arcade games; meanwhile, adults can sip on local brews and soak in local live musical performers (and hopefully some sunshine too).

The CityFair runs the entirety of the festival, but other special events take place throughout the city. This celebration starts with the Starlight Parade. This twinkling pageant floods the streets of downtown Portland with funky and eclectic floats, traditional marching bands, and glow-in-the-dark umbrellas. The whole route consists of approximately 100 entries illuminating the course of 2.25 miles (3.62 kilometers). 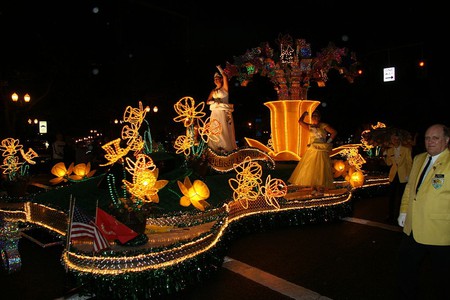 A daffodil float in the Starlight Parade | © Jeff Muceus / Flickr

The festival’s second parade is the Junior Parade, which continues to celebrate the community’s youth since its official Rose Festival incarnation in 1936, making it the oldest and largest children’s parade in the country. But the real centerpiece is the lauded Grand Floral Parade—a colorful reflection of local, regional, and international communities, the floral-filled procession winds through more than four miles (6.43 kilometers) of the city and crosses the Willamette River. With hundreds of thousands of onlookers lining Portland’s streets every year, the Grand Floral Parade is the largest single-day spectator event in Oregon and the second largest all-floral parade in the United States. 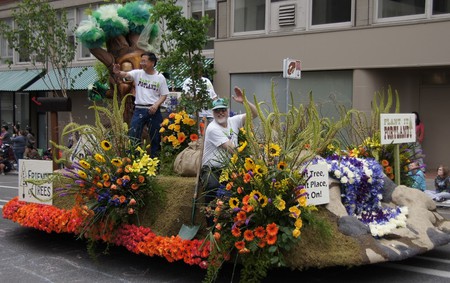 While floats take over the city’s streets, ships take over the Willamette River’s docks during Fleet Week. Portland is known to be a favorite port of call for both military and non-military ships, and since the first Rose Festival in 1907, locals welcome visiting fleets with open arms and use the week to publicly celebrate and thank active and reserve military personnel and all veterans.

Aside from the parades and waterfront activities, the Rose Festival also hosts a handful of other events, including the Starlight Run and Grand Floral Walk; an art show devoted to the city’s love of roses; dragon boat races; and so much more that showcases the heart of the Rose City.