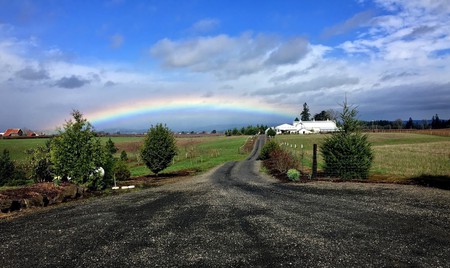 Just outside of Portland’s bustling city life is a 50-acre green oasis. A marijuana oasis, to be exact. HiFi Farms, a full-fledged cannabis cultivation facility spanning farther than eyeshot, sits on a former 1940s dairy farm property. Since its creation in 2015, the company boasts national recognition as one of the most established medical marijuana companies in the country. With 10 onsite greenhouses and a large indoor room, the Hillsboro, OR-based farm prides itself on being Clean Green Certified and Phylos Certified. But HiFi Farms is unique in its existence, seeking to stand out from other budding cannabis companies, making it a hub not just of cannabis but of music, too.

When Oregon legalized the use of medical marijuana and shops began popping up in 2016, a standout organization seemed implausible among the masses. HiFi Farms needed a particular draw in order to survive in a post-legalization Portland. Luckily, its four founders had a passion that pairs nicely with weed: music.

“We wanted to be a little different, and really do something that felt authentic to our passions and experience,” founder Lee Henderson said. “Several of us were formerly in the music business. We chose the HiFi look and feel accordingly, making playlists for social media consumption, partnering with musicians on projects and experiences, and thinking of ourselves almost as a record label — and the strains we grow as our artists.” 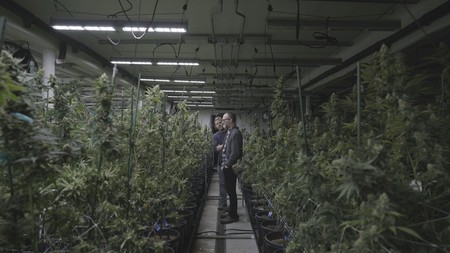 As business continued soaring, the farm decided to take its love for music to the next level and introduce events and partnerships with artists. In late 2015, Drive-By Truckers‘ Patterson Hood played an intimate show at the legendary McCormick Mansion (where Henderson and his wife Sarah now live) as part of the Live at HiFi Farms series. Last year, local alt-pop stars Portugal. The Man teamed up with the grow to release Feel It Still — a custom, packaged preroll cannabis blend named after the band’s hit single.

Now, HiFi Farms has its focus set on a different kind of music and marijuana pairing. Last year, Portugal. The Man keyboardist Kyle O’Quin played a special edition of Live at HiFi Farms, where he paired classical piano arrangements with different cannabis strains and means of consumption. Attendees could smoke Super Lemon Haze from a vape pen while enjoying some Chopin and ingest Northern Lights via edible or tincture while listening to a piece by Debussy.

The event’s success made Henderson want to host similar events, and after reading a New York Times article about the DIY classical music community platform Groupmuse, he knew they needed to start a partnership. The only problem? Groupmuse was based solely on the East Coast. 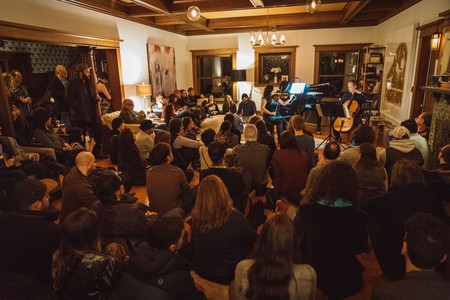 In 2017, the company began hosting events on the West Coast, and in January of this year, HiFi Farms and Groupmuse hosted the first HiFi-Muse event at the McCormick Mansion. As a classical trio made up of a cellist, violinist, and pianist dove into a Beethoven piece, listeners mellowed out with BYOC (bring your own cannabis) selections. Though marijuana is currently only legal to consume in a private residence, Henderson gets away with regulations because he hosts events from the comfort of his own home. Think of it as a really chill house party.