How to Spend 24 Hours in Portland, Oregon 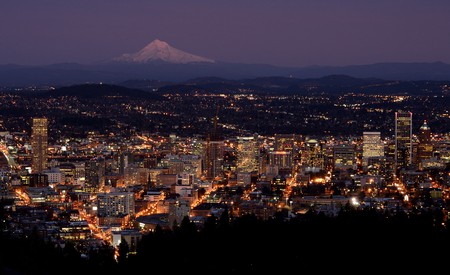 A jewel of the Pacific Northwest, Portland, Oregon is an easy city to fall in love with. One day may be short, but it’s enough to get a taste of everything that this verdant metropolis has to offer—from picturesque parks and bustling neighborhoods to fantastic craft beer, gourmet coffee, and one of the best foodie scenes in the United States.

5 pm: Take a stroll along the Willamette River, taking in the cityscape and maybe even the beginnings of a sunset before cutting east toward Richmond. Bike, bus, or taxi up SE Division for a ride through eastern Portland and check out the up-and-coming shopping and gallery scene in the greater Sunnyside area. Local art and cute shops for handmade crafts, wares and Oregon mementos line the neighborhood’s streets. Little Otsu, Field Trip, Nationale, and Artifact: Creative Recycle are especially charming. 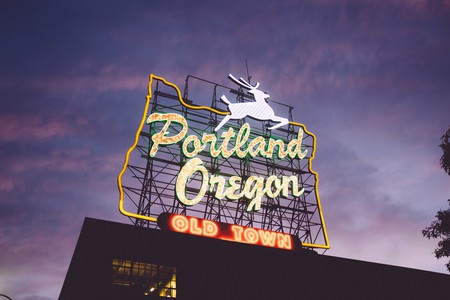 6:30 pm: For dinner, Richmond’s stretch of SE Division has a wide variety of choices. Fans of Eastern flavors should get a table at the original Pok Pok, known for its creative Thai street food dishes and chicken wings in particular. Asian-American fusion fare can be found at The American Local, a foodie favorite, while nearby Ava Gene’s offers an upscale atmosphere with family-style Italian delights.

Whatever you decide, save some room for Salt & Straw, Portland’s famous creamery. The freshly homemade waffle cone is a must-try, and you’ll likely want to double up on their uniquely sophisticated flavors, including Honey Lavender, Arbequina Olive Oil, and Strawberry Honey Balsamic with Black Pepper. Don’t let the line kill your sweet tooth; this icy treat is worth the wait.

9 pm: Head back toward the water and take in some live music at the Doug Fir Lounge, situated in a cozy log cabin-like corner of the Jupiter Hotel, which features cocktails, small plates, and great gigs almost any night of the week. If you’re feeling like a party, check out Holocene instead for dancing and drinks in this two-story nightclub that was once an auto warehouse.

10 am: Portland’s a town known for its coffee, so wake up with a breakfast pastry and a cup of the good stuff. Whether you’re looking for cold brew, pour over, Aero-pressed, fair trade, organic, or all of the above, Portland has a shop for every coffee connoisseur. With only one morning, try Coffeehouse Northwest or Sterling Coffee Roasters on for size. Their baked goods are always fresh and delicious, and the java is just right.

11 am: Next, head to Portland’s prettiest place, the International Rose Test Garden. On sunny spring and summer days, the multicolored buds woo visitors with their fair petals and perfumes, while the soft, green grass calls for a picnic or a pleasant rest. Are you traveling in winter? The grounds still offer beautiful views, and just across the road, there’s the Portland Japanese Garden—a splendid refuge any time of the year. 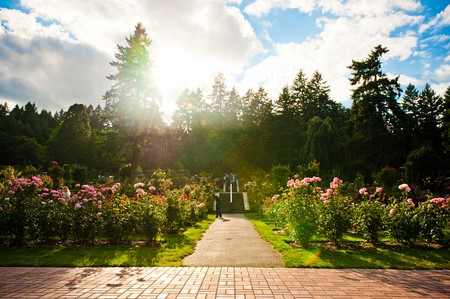 12 pm: Take a wander through Powell’s City of Books, a labyrinth of prose, poetry, new, used, and rare volumes, and everything in between. The independent shop, founded in 1971, takes up a full block of Portland’s Pearl District. It’s known today as one of America’s best-known brick-and-mortar booksellers and is one of the largest independent new and used bookstores in the world.

1 pm: Leave with a new title or two in hand and wander over to Pioneer Courthouse Square for a look at Downtown’s architecture and do some people-watching. Known as Portland’s Living Room, this urban park opened to the public in 1984, and it features hundreds of events every year. See if you stumble upon one of them during your visit.

Find the directional signpost to see how far you are from home before moving along toward the Alder Street Food Cart Pod for some lunch. Portland is a city brimming with food trucks, and their groupings are known as pods. This particular pod has one of the city’s largest and most diverse selections, so whether you’re in the mood for Egyptian, Thai, or a good old-fashioned grilled cheese, you’re bound to find it here. 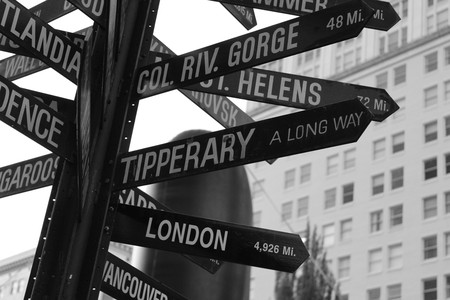 2:30 pm: Wind down your visit with a look at the latest exhibitions at the Portland Art Museum, the oldest art museum on the West Coast and the seventh oldest in all of the United States. Exhibits vary from old masters to new talents working in every medium under the sun. Take a couple of hours and let it all sink in, bringing the collection’s beauty and a bit of inspiration along as you depart for your next destination. 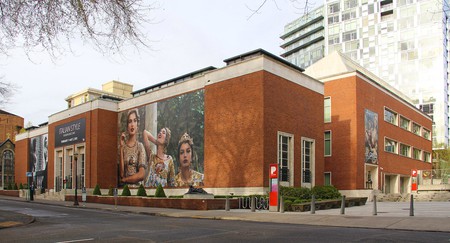