A Naked Bike Ride Will Host 10 Thousand Participants in This U.S. City 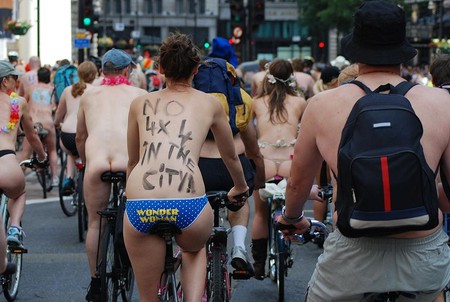 A free (and freeing) annual event in Portland, Oregon, is set to take place Saturday, June 23, 2018.

On a June night in 2004, 125 riders decided to take their clothes off and bike through the streets of Portland as part of the city’s Bike Week. The following year, the event was incorporated as a World Naked Bike Ride (WNBR), marking one of nearly 100 events around the globe.

What started out as just over 100 riders 14 years ago now amasses between 8,000 and 10,000 participants annually. This year’s WNBR is slated for June 23rd and begins at Cathedral Park in St. Johns at 9 p.m. Though the route is never shared beforehand, it’s around six miles (9.6 kilometers) long. Here’s everything you need to know about Portland’s WNBR. 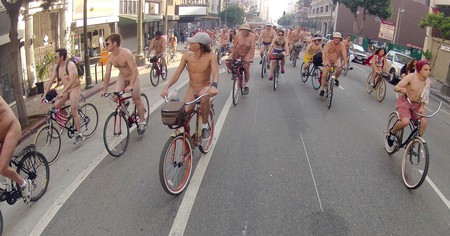 It’s free, in more ways than one

Portland’s WNBR is a free event, and quite liberating. Although it’s called the Naked Bike Ride, participants can strip down to whatever makes them comfortable, or as riders like to call it: “bare as you dare.” Though the ride is free, participants are able and encouraged to make donations. Anyone who gives $5 or more gets a nifty seat cover, which probably would come in handy.

It was born out of protest

Although it’s thought of as a carefree, liberating experience, the WNBR was actually born out of protesting society’s dependence on pollution-based transport. In Portland, it is also a means to make cycling a more visible form of transportation in the city and celebrate one of the most basic modes of transportation, as well as body positivity. The nudity actually acts as a metaphor, as riders strip down to the bare necessities.

You might be thinking, wait, is this even legal? The answer is yes. The city’s indecent exposure ordinance protects nudity intended as a symbolic communicative act or protest. This means if one person acts out in a lewd or inappropriate way, it could threaten the future of the whole event. So, don’t do it.

This is (still) a protest, not (just) a party

Sure, there is a carefree spirit that embodies Portland’s WNBR, but the reality is that this is a protest, not a party. Therefore, if you’re participating, don’t come toting weed and alcohol. It’s kind of like the lewd behavior—if you break the law (like the open container and riding under the influence ones), then you’re jeopardizing the whole event. Besides, where would you even put it? 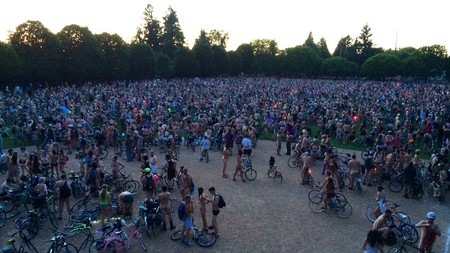 It’s not limited to just bikes

Although bicycles are the main mode of transportation, the WNBR website expresses the event’s inclusion: “We’ve had skateboarders, rollerbladers, people on scooters, and joggers join us before. Anything human-powered is welcome.”

The festivities definitely don’t stop at the end of the route. WNBR organizers are planning an outdoor naked dance party at an undisclosed location that goes until dawn. For those who want to party at a bar, clothing-optional after-party events are happening all around the city.