5 Reasons to Visit Bend Over Portland 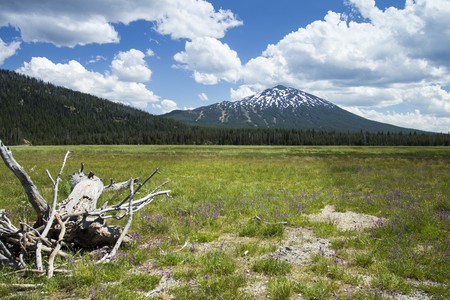 When people talk about visiting Oregon, more often than not, they’re referring specifically to Portland. It’s the city synonymous with the entire state, and for good reason. As Oregon’s largest city with the most accessibility, Portland offers everything from a range of cuisine and beer to quirky attractions that are unique to the City of Roses. But it’s central Oregon’s largest hub—Bend—that is a real traveler’s haven.

With its own top-notch restaurants and breweries, Bend offers adventure minus the hustle and bustle of life in a major metropolis. The blossoming city sits just over 150 miles (241 kilometers) southeast of Portland and is an emerging travel destination in its own right. These are the five reasons why you should visit Bend over Portland.

There’s good beer—and lots of it

People visit Portland for its beer, but Bend is another home to tasty fermented suds. With one brewery for every 4,500 people, the city contains the most breweries per capita in the whole state.

Some of the country’s favorite beer originated in Bend—including 10 Barrel Brewing and Deschutes Brewery. But, local favorites like Boneyard Beer and Crux Fermentation Project are must-tries if you’re a lover of craft brews. For those unsure of where to start, try the Bend Ale Trail. With a convenient app, the guide helps you navigate “the largest beer trail in the west” as you collect passport stamps at over a dozen participating pubs and tasting rooms. 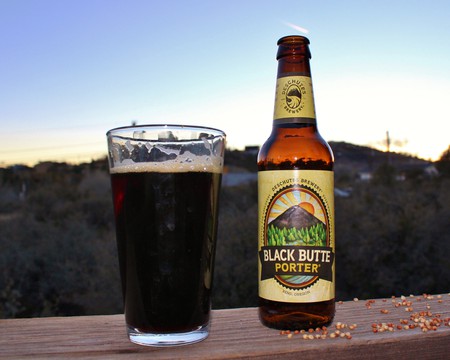 For fans of outdoor adventures, Bend is mind-blowing. In the winter season, skiers and snowboarders enjoy fresh powder on Mt. Bachelor—one of the largest ski resorts in the Pacific Northwest—while climbers ascend to the stratovolcano’s 9,068-foot (2,764-meter) peak. In the summer season, visitors often raft, kayak or SUP the Deschutes River, go mountain biking, hike to a waterfall, fish in a Cascade lake, or play ultimate frisbee on Mt. Bachelor. Options for outdoor activities are pretty much endless. 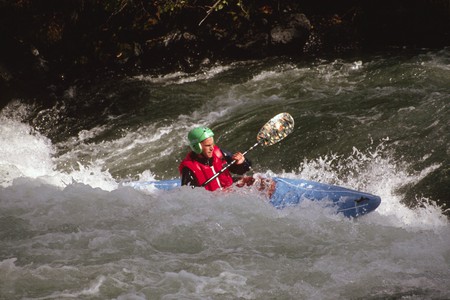 The weather is better

Portland hosts a more lively scene, but most months out of the year, visitors will need to pack a raincoat. Bend is different on that front. As it lies in the state’s high desert, the Central Oregon city enjoys 53.6% less rainy days and 12.5% more sunny days than Portland, which is ideal for those seeking outdoor activities. It also receives a considerable amount of more snow, and because of that, the city’s infrastructure is more equipped to handle such conditions. 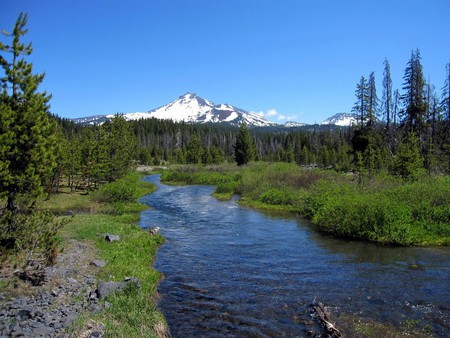 Bend may be the largest city in central Oregon, but it is home to a population of nearly 100,000 people. Compared to over a half-million Portland residents, even the thought of visiting Bend will make your blood pressure decrease. Fewer people results in less traffic—and with Portland’s recent traffic jams, Bend is a relief for travelers looking for a quiet destination to connect with nature. Bend is a perfect retreat for someone who wants to relax and explore without the stresses of a large metropolis. 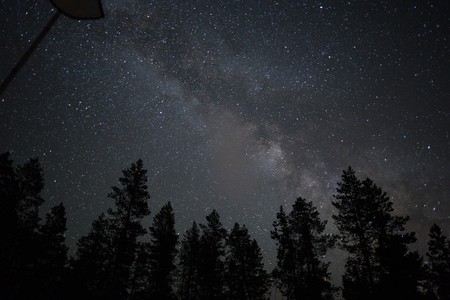 The scenery is breathtaking

Mt. Bachelor and the Deschutes River are optimal destinations for adventurers, and they’re also downright breathtaking. The mountain is part of the Cascades—a major mountain range that extends from British Columbia to Northern California—and stands alone from the neighboring Three Sisters, which soar as the third, fourth and fifth highest peaks in Oregon. The Deschutes acts as a tributary to the Columbia River, collecting water from the Cascades. The river winds 252 miles (406 kilometers) and is home to some of the most impressive waterfalls in the state. The nearly 100-foot (30-meter) Tumalo Falls is the most popular waterfall within the Bend city limits, while Benham, Dillon and Lava Falls boast spectacular, churning whitewater and awe-inspiring views. Add the many Cascade lakes and high-desert features Bend has to offer, and the city truly is the most Instagrammable in the whole state. 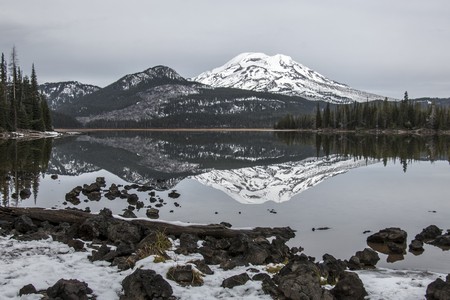 The snow-covered Mt. Bachelor | © Lessa Clayton / Flickr
Give us feedback