48 Hours in Portland, Oregon: a Guide Full of Tips by Locals 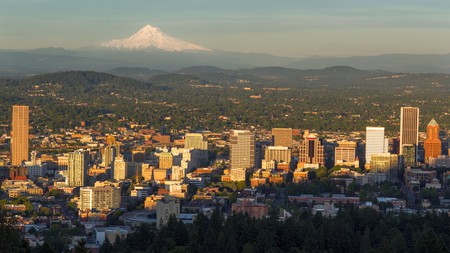 With only 48 hours, you can experience a lot in Portland | © Melissa Jensen / Alamy Stock Photo

While other cities emphasize their large-scale urbanization efforts, Portland chooses to think small and focus on its specialties. Favoring bike lanes, farmer’s markets and sustainable growth over rapid expansion, the city has a trademark quirk that makes a visit personal and connected to the city’s values. If you’re planning a 48-hour trip to Portland, this guide will point you in the right direction.

Portland’s affinity for diner-style charm is on full display at Northwest Portland’s Stepping Stone Cafe. Tucked into a neighborhood of old craftsman homes, Stepping Stone will help you adjust to Portland’s slower pace while also stuffing you with a big, American breakfast. The surrounding Alphabet District is a great place to wander and walk off the massive “mancakes” you may have ordered.

Pro tip: Portland is unashamedly a brunch town, and residential favorites, such as Stepping Stone Cafe, tend to get busy quickly. Portlanders will advise you to time your visit around the restaurant’s opening to get a table sooner.

Powell’s City of Books is a city landmark for good reason. Portlanders love Powell’s for the independent bookstore that it is, while first-time visitors are attracted to its incredible size and scope. On any given day, there will be countless readers lingering through the 68,000sqft (6,317sqm) of retail space, spread out over several floors, flipping through new and used releases. For a 48-hour trip to the city, locals recommend spending as much time as possible in Powell’s to find a literary souvenir. With downtown Portland just outside, make a day of it and walk around the city’s business hub, home to many popular bars and restaurants. 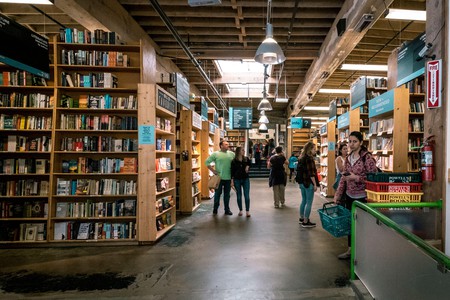 Evening: Take in the Central Eastside breweries and food carts

Head east across one of the many bridges spanning the Willamette River to the Central Eastside neighborhood, home to a dense collection of Portland’s biggest attraction: craft breweries. Start at either of the nearby food-cart blocks (known as “pods”): Cartopia on SE 12th Avenue and SE Hawthorne Boulevard, or the Hawthorne Asylum on SE Madison and SE 11th Avenue. Here, you can quickly grab global food options, beer and wine, and enjoy them by roaring firepits. From either pod, take a quick walk to one of the many local breweries offering something for everyone. Visit Lucky Labrador Brew Pub for some pub-style classics; Baerlic Brewing for fans of specialties; and Cascade Brewing Barrel House for fans of sour beers.

Neighboring the urban campus of Portland State University, this corridor of park-bordered buildings forms the cultural hub downtown. Here, you’ll find two of the state’s major attractions: the Portland Art Museum and the Oregon Historical Society. Both regularly draw visitors with a variety of interesting exhibits and events. Start your morning with a crash course in the city’s (and state’s) history as the hallmark of western expansion in America, then move on to the art museum, featuring a well-regarded collection that solidifies Portland’s reputation as an artistic city. 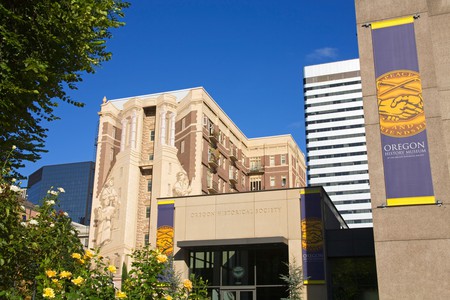 Afternoon: Catch a Timbers or a Thorns game

After a morning of art and history, head north of downtown Portland and celebrate the city’s hunger for professional sports by spending the afternoon at Providence Park watching the Timbers or the Thorns (the city’s men’s and women’s professional soccer teams, respectively) strike it on the field. Due in part to local and national celebrities (including members of the championship-winning US Women’s National Soccer Team), most games at Providence Park sell out quickly. If you can, plan a few weeks in advance and buy tickets early.

Pro tip: Watching either team on a big screen in sports bars around the city makes for an equally enjoyable experience. If you couldn’t grab a ticket, head to the English-pub-style Toffee Club on Southeast Portland’s Hawthorne Boulevard

Northwest Portland’s Alphabet District is defined by its large, old homes, scenic tree-lined sidewalks and generally laid-back vibe. All of this may make the area sound sleepy, but on 21st Avenue, things are anything but. Numerous lively bars and restaurants make this a quality nightlife destination for visitors and neighborhood residents alike. Grab a bite at Kung POW!, serving Chinese classics with a modern twist, followed by a drink at a popular sports bar, such as the Pharmacy and Silver Dollar Pizza. Afterward, visit the Twenty First Ave Kitchen & Bar, a busy karaoke bar with an electric atmosphere.