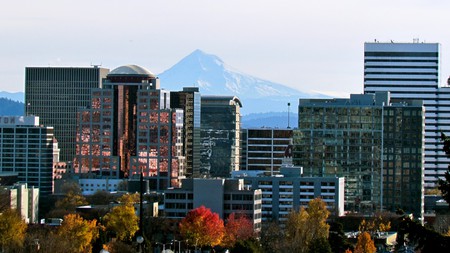 Every city earns a reputation sooner or later—as a foodie mecca, music hub, or outdoorsy oasis, perhaps—and so do its inhabitants. Stereotypes are inescapable, but they oversimplify so much. Portland may be hip (sometimes, some places), but there’s a lot more to it than that. Don’t let these stereotypes be your only impressions of this rich and multifaceted city.

This one’s just not true. There are plenty of normies in Portland, and besides—there’s not just one kind of hipster. Sure, the city’s coffee shops may lean that way, but with the multitude of families, average Janes and Joes, and older folk, it’s not as overrun as you’d think. 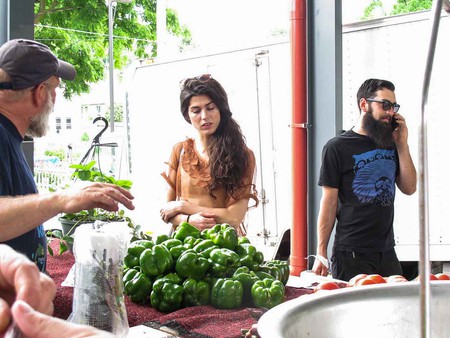 Not really. Sure, Portland’s rainy season lasts October through May, when the city gets 88% of its precipitation, but it also has an average of 188 sunny days per year. That’s not bad. And, by the way, if you’re a local—drizzle doesn’t count. 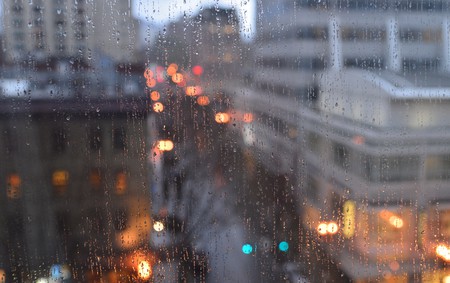 Who would argue that a pour over or cold brew isn’t a great way to start your day? But Portland’s known for plenty of other beverages as well. Craft beer reigns supreme, with breweries and tap houses popping up all over the place, and people can’t get enough of the city’s smoothies and juice bars as well. 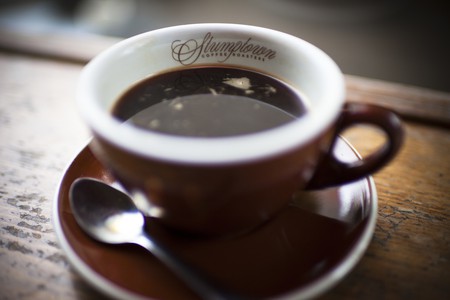 You have to have a tattoo to live here

Look, 45 million Americans have at least one tattoo on their bodies. It’s not just a Portland thing, and no—not every local has one. However, it’s true that the city is home to some of the most talented tattoo artists in the U.S., with many people traveling to Portland with the sole purpose of getting inked.

Witch's sabbath featuring the ascension of the hare and smoky fox familiars, black goat for the devil, with ingredients for witches' flying ointment – belladonna, wolfsbane, and hemlock. Thanks Andrew!

This one’s controversial. Many natives staunchly oppose Fred Armisen and Carrie Brownstein’s portrayal of Portland, while others—well, they just find it funny. Given that Brownstein’s a resident herself (and has been for years), we’ll take the goofy caricatures of Portland living because after all, farm-to-table dining and feminist bookstores are pretty great. 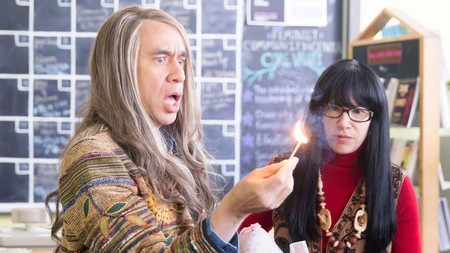 If you’re not outdoorsy, don’t bother

There may be great hiking opportunities everywhere you turn, and amazing lakes and beaches not too far in either direction, but you don’t have to love the outdoors to live here. With so many music venues, museums, theaters, and galleries, there’s plenty to keep indoor-types occupied. 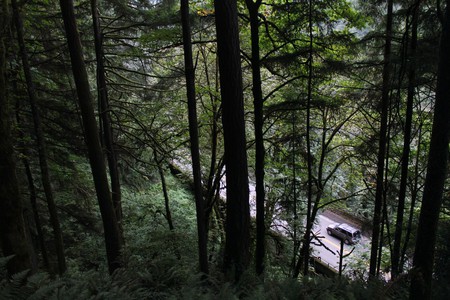 Locals are addicted to brunch

It’s no fault of Portlandians that their city happens to be a brunch oasis in a—let’s face it—much bigger #sundayfunday phenomenon that’s all about that special time between breakfast and lunch. 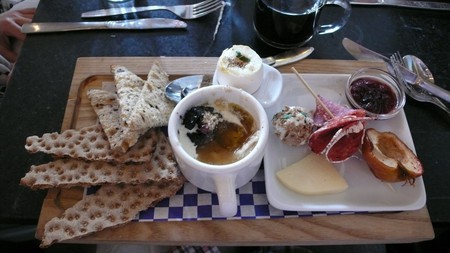 Portlanders drink too much

Quit pointing fingers. Oregon happens to have some of the best wineries on the West Coast, and Portland’s aforementioned breadth of bars and breweries makes it a great place for a night on the town. Just not every night. 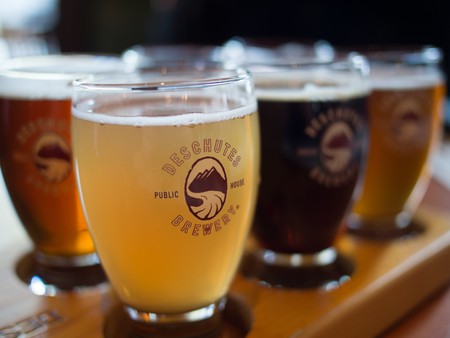 Everyone has a [fixed gear] bike

If only. The city’s growth has only added to its car traffic, and only 7% of the population actually cycles to work—still much more than the national average of 0.5%. 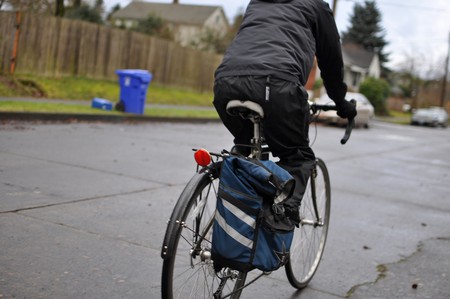 Portland definitely has its fair share of dog parks and off-leash areas, but not everyone has a pooch. There’s also a community of cat people—probably. 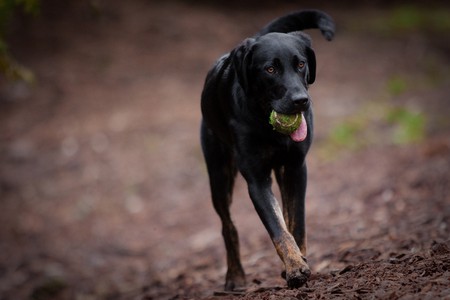 Oregon may have legalized recreational marijuana a couple of years ago, but that doesn’t mean everyone’s a pothead. The mid-sized city may also be home to almost 200 dispensaries, but that doesn’t mean that everybody’s smoking either. Most people? Not even. Last year, the Oregonian reported that only one in 10 adults in the state reported using cannabis. 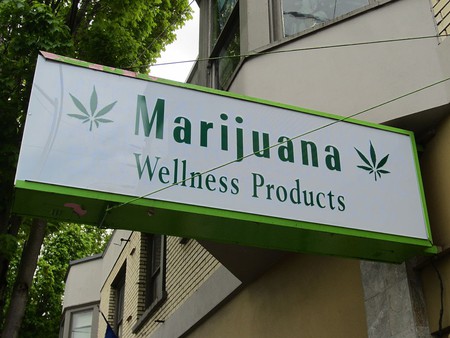 Portland’s not the most ethnically diverse place, but it is among the country’s most liberal and open-minded. Known as America’s whitest big city (the 2010 census showed that 76% of the population identified themselves as white), there’s definitely room for improvement. But the city’s also known as one of the best places to be for LBGTQ+ communities, with 5% of residents identifying as such. 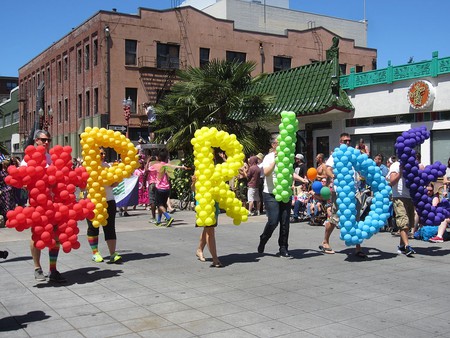 Portland, OR Pride Parade | © Another Believer/Wikimedia

What about Voodoo Doughnut? Apizza Scholls? All the burger joints and steakhouses? Carnivores and junk foodies do just fine in this town. 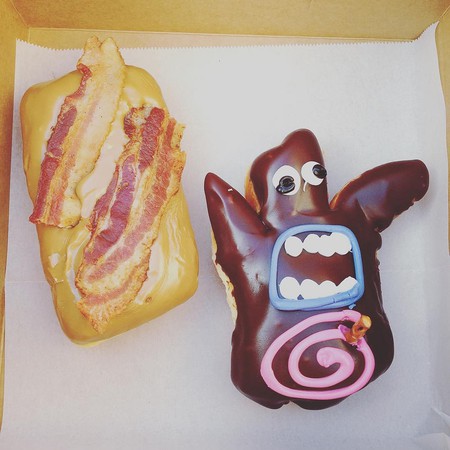 Everyone’s in an open, polyamorous relationship

Not quite. Portland is known as one of America’s most sexually tolerant cities, but it’s home to many different kinds of individuals, couples, and families. According to The Guardian,“4 to 5% of U.S. residents practice some form of consensual non-monogamy”; Portland happens to have a strong community of like-minded free thinkers (as do other cities in the Pacific Northwest, such as Seattle and Vancouver). 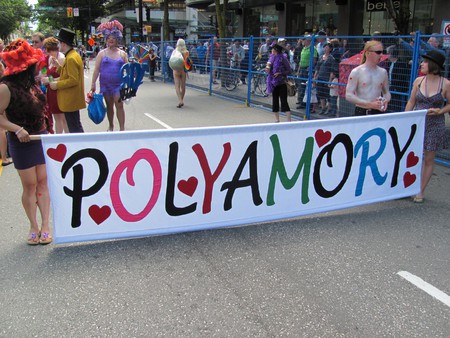